The Monkeys, part of Accenture Interactive captures the brands role in supporting diverse communities across Australia 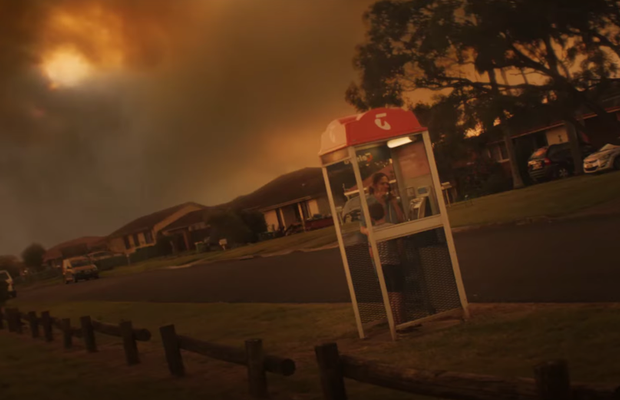 Telstra today announced a campaign to introduce its new brand positioning, Australia Is Why. The new campaign showcases the important role Telstra plays in supporting Australia and its diverse communities and was created by long-term agency partner, The Monkeys, part of Accenture Interactive.

Jeremy Nicholas, CMO at Telstra said: “For over 100 years Telstra has been connecting Australians and we are deeply committed to the country’s progress and prosperity. Our new campaign has been created to express the vital and sometimes overlooked role Telstra plays in taking our nation forward; to articulate not just what we do, but why we do it. As the country’s biggest telco and a leader on climate action, a principal sponsor of sport and the arts and strong supporter of the communities we serve, we are committed to Australia and to building world-class infrastructure to keep us all connected.”

“We know how crucial connection is for people, through all the good times as well as the bad. The last 18 months for most Australians have been tumultuous and challenging. Connectivity has never been more of a necessity – to keep businesses going, to help families and friends stay connected, to keep people informed and kids learning. We took our responsibility to Australians during this time very seriously, and we continue to do so as we see paths open up to use technology to build on the  innovative thinking that has come out of this disruptive time. Australia Is Why shows how Telstra enables the nation and everyone in it to thrive,” said Mr Nicholas.

“The campaign’s statement is underpinned by many of the significant announcements Telstra has made over the past year, including reaching 75% of the population with 5G, answering all customer service calls in Australia, expanding regional mobile coverage, providing disaster relief packages and  making significant progress on our renewable energy targets. This year also marks 20 years of our sponsorship of the NRL and 37 years supporting The Australian Ballet”

Australia Is Why – Telstra’s first brand-focused execution since 2016 – includes large format out-of home executions and a 60-second TVC that bring to life the power of connection and Telstra’s broader impact on Australians’ lives. Additional 15-second spots highlight individual stories around Telstra’s work in sustainability, sponsorship, connectivity and community, with more real-life examples of Telstra’s influence created specifically for social. The campaign, which was captured in metro and  regional locations, debuted on-air Sunday 11th July and features a diverse snapshot of Australia, including Telstra’s partners from the Australian Ballet, NRL, NRLW and AFL.

A virtual destination housing curated stories to back up the campaign’s tagline and show the breadth of what Telstra does in Australia has been created at telstra.com/is-why.

The Monkeys group chief creative officer and co-founder, Scott Nowell, says: “We all have a ‘why’. It’s what gets us up in the morning and compels us to do the things we do, whether it’s for family, for change, for the future, or to right a wrong. Telstra’s ‘why’ is to create opportunities to support every Australian, because we recognise all of our individual ‘whys’ is what moves the country forward.”