TFL's Colourful Hands Stand Up Against Hate on Public Transport 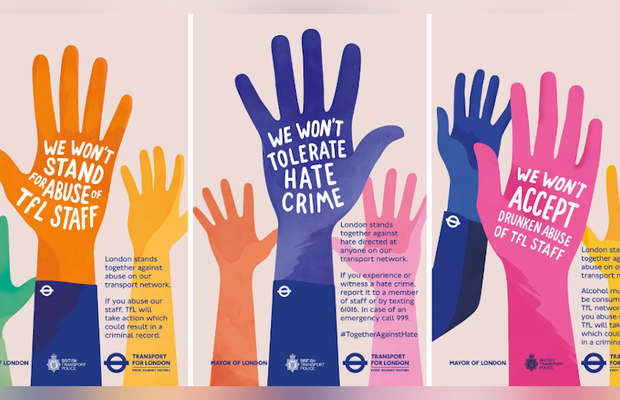 With the nation’s capital hosting an extremely diverse population of more than nine million people, London has a rich history of openness and tolerance to a multitude of faiths, nationalities and backgrounds. However, despite this rich diversity being a source of pride and unity for many of us, hate crimes still occur across London’s transport network.

Launching across Pink News (digital display), Metro London (cover-wrap), Facebook and Instagram Stories ‘Serious Worrying Incidents’ is an integrated campaign, created by VCCP, VCCP CX and Wavemaker. An evocative campaign, it aims to encourage the public to take an active stance against hate crime across the TfL network and is part of a larger campaign which will look to tackle all incidents on the transport network, including staff abuse and drunken aggression. 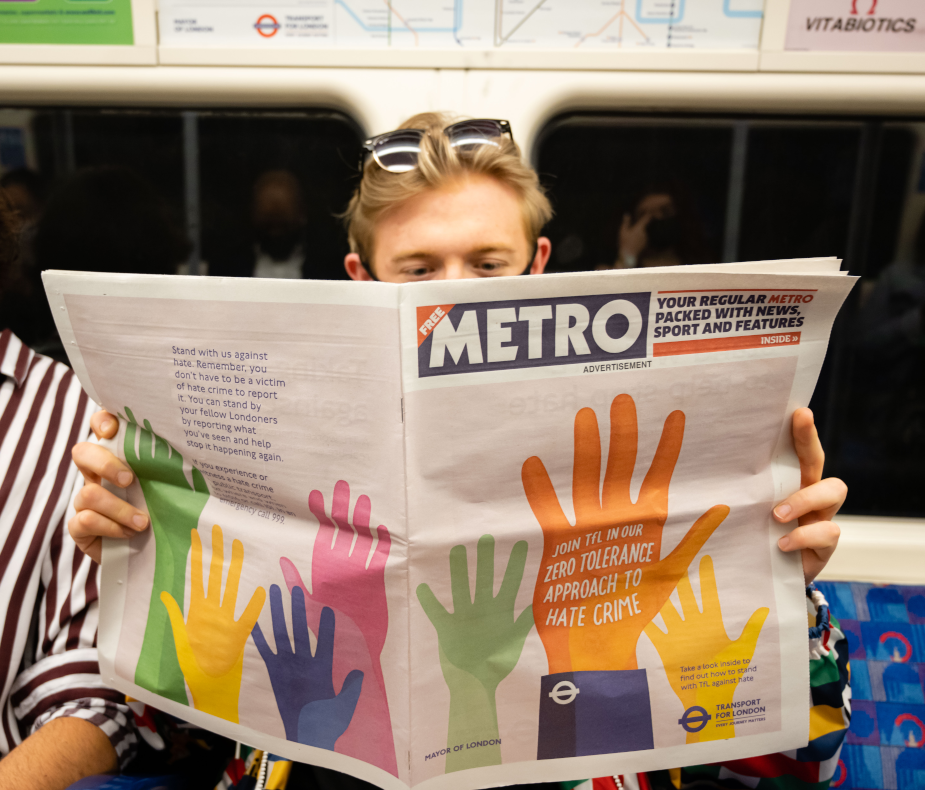 The ambition of the campaign is to create real societal change which can only be achieved through collective action amongst customers and staff. ‘TfL stands against Hate’ seeks to provoke a collective and proactive response amongst commuters. TfL is delivering a rallying call to all passengers to raise their hands in support of tackling hate crimes across London’s transport network and encouraging customers to proactively report instances of these crimes.

TfL is committed to improving the ways in which it tackles hate crimes that occur on London’s transport network and to better understand the lived experiences of people from ethnic minorities, LGBTQ+ and disabled commuters. In light of this, TfL wanted to take a stand and is calling all Londoners to support the movement #TogetherAgainstHate, encouraging them to pledge a commitment to ending hate crime across the TfL network. The #TogetherAgainstHate movement will educate Londoners by debunking hate crimes, encouraging the reporting of incidents and most importantly encouraging solidarity.

The creative is made up of distinctive illustrated hands, which will be displayed across the TfL network and social media platforms through GIFs and Instagram effects alongside digital OOH executions - all created by VCCP CX. These illustrations feature the iconic TfL branding in their design and serve as symbols of unity and inclusion. Commuters and TfL staff will be able to see these beautiful reminders of TfL’s efforts to stop hate crime.

The Wavemaker team was tasked with the effective planning and implementation of a media and content strategy and in partnership with INCA, to produce and distribute creative, influential content. The campaign uses very personal storytelling from a diverse range of voices across multiple media channels - traditional, owned and social media. It is designed to provoke a collective feeling of affinity, with all TfL customers and staff encouraging them to stand together against this offensive and illegal abuse.

TfL is creating a blog and social films, featuring real TfL staff sharing their own personal stories of hate crimes across London’s transport network. A number of influential podcast hosts such as Dane Baptiste Questions Everything; Too Peas in a Podcast; HipHop Saved My Life; A Gay and A Non Gay; and Intelligence Squared; will share their own experiences. Running in parallel, an influencer partnership programme will see personal stories of hate crime posted on Instagram.

In addition, there will be a collaboration with media partner PinkNews to host three bespoke editorial content pieces on www.pinknews.co.uk and promote them on its owned social channels. The content focuses on how three individuals have been subjected to hate crime on public transport in London - sharing their stories of what happened to them, how it made them feel and most importantly encouraging others to take action if it happens to them or they witness it happening. These personal accounts will serve as powerful reminders of the reason why London’s commuters need to stand #TogetherAgainstHate. 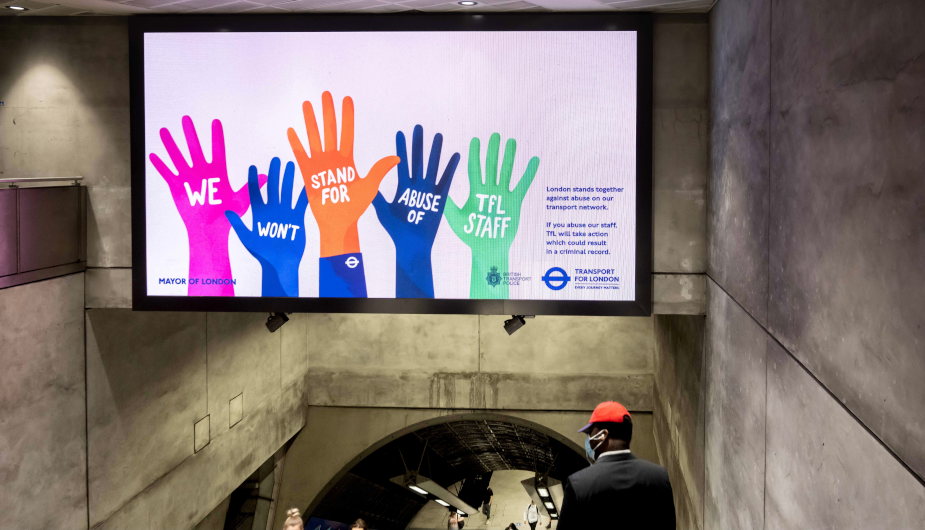 Alongside this, a Metro cover wrap promoting the campaign went live on 14th June across London.

Miranda Leedham, head of customer marketing & behaviour change at TfL, commented: “We're doing everything we can to stamp out all forms of hate crime to ensure our transport network remains a safe and welcoming place for everyone. Our new campaign sets out our stance and invites fellow Londoners to join the conversation.”

Caroline Rawlings, associate creative director at VCCP, said: “It’s a shame that this campaign needs to exist at all as we know that so many Londoners are categorically against hate crime. It’s for this reason that we chose to fill the network, city and social with hundreds of hands raised in solidarity. We hope that this feeling of people in every corner of the city standing together against hate will help victims and witnesses of hate crime to report it and those who commit it to stop. Because London and TfL agree that hate crime has no place on our transport network.”

Gavin Laisby, managing partner at Wavemaker, added: “We stand by TfL and its campaign to build further awareness of, and to ultimately put a halt to, hate crime on its public transport network. It was therefore vital that this provocative call to action campaign for Londoners to stand #TogetherAgainstHate reached and resonated with as many TfL customers and staff as possible. By planning and implementing an integrated multi-channel media campaign - from digital display and media cover wraps to social media - and using a wide range of influential voices we were able to achieve that goal. The diverse and thought-provoking stories can be accessed and read, and action can be taken, from Amersham to New Addington, and beyond. We are proud to be working with such a forward-thinking provider on a thought-provoking campaign.”

The integrated campaign, ‘Serious Worrying Incidents’ will run across a range of DOOH, OOH, CRM and Social executions to build TfL’s message of unity and togetherness.

To report incidents of hate crime on buses Londoners are reminded and encouraged to call the Metropolitan Police on 101, and for Tube or rail services, text the British Transport Police on 61016. And in an emergency, always call 999.