Laura Jordan Bambach, Grey London president and chief creative officer, on how music and sound sets the emotional tone of a brand and the power of sonic branding 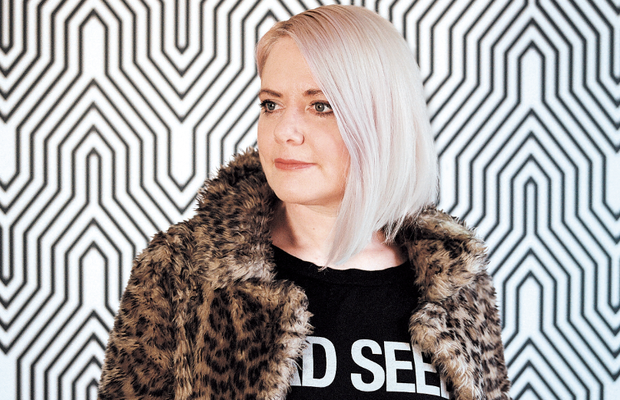 From triggering recall to enhancing storytelling, music and sound play an important role in media and marketing, becoming an essential asset to brands. Both in the advertising and the branding worlds, music is the common denominator if you want to convey emotions.
To explore the future and power of music in advertising, MassiveMusic London spearheads ‘Sonic Iconic’, a new series on LBB, inviting boundary-pushing British creatives to explore the theme.
In this interview, Grey London president and chief creative officer Laura Jordan Bambach, discusses the lack of budget for music and sound, musical debates in the creative department and how new technologies could mean music is more important than ever.

LBB> Sound is more important than ever right now, with so many new touchpoints available for a brand to live in. Do you think brands are being creative enough with sound?

Laura> The best brands are being created with sound. I think sound is much more than music. It creates half the atmosphere that you have in any piece of work. It really sets the tone. It is the emotional underpinning and also has a real impact, even down to affecting the other senses. And I think there is a lot more that we could do, exploring those areas.
Unfortunately, it's often something that gets thought of at the last minute or not enough. Not enough money is kind of put aside for it. We would put all the money into the visuals and nothing into the sound and I think it would be great to see more money going into the sound.

LBB> What are the challenges for creatives in setting a good brief for music in a campaign?

Laura> There is such a thing as a perfect music track. There is such a thing as a great piece of work that comes from a song. It doesn't end with the song slapped onto it.
There is something really important in the brilliant brands. I'm thinking of brands like O2 and Lloyds. Both have incredible sonic brandscapes that you're able to tap into and use. Those would have been really thought through and well developed. But that’s often a place that is undervalued and lacks investment.

LBB> Music is scientifically proven to evoke emotion. Do you often think about or measure the effectiveness of music? How do you approach this?

Laura> In traditional advertising, the music and the visuals can't be separated. They are part and parcel of the same thing. Yes, those things are measured, but they're measured as part of a whole, not on their own, and sometimes a brilliant piece of music that evokes all sorts of emotions just isn't the right thing for the film. So it's really the meeting of the two things that's important.

LBB> New social platforms like TikTok are inspiring musical trends all over the world. In advertising the need to quickly engage consumers has never been more important. What are your tips for using music to quickly grab people’s attention?

Laura> TikTok is a great place for looking at and trying to understand those musical trends.
I think having a really diverse creative department helps us get to really interesting music as well - not just the same old same old.
In terms of quickly grabbing people's attention, music is a very subjective thing, so in the creative department, it's one of those areas that will spark the most conversation.
It’s also understanding the audience. That's what TikTok does brilliantly. That's why it brings new music to light. You understand who the audience is and what engages them. That's really important.

LBB> It’s been an incredible last few months where so much about our lives has been altered by lockdown. What would you like to happen with music for advertising in the next couple of years?

Laura> It kind of goes back to question one. Music still tends to come at the end. And this is not necessarily an agency thing. This is an industry thing. The importance of music and of sound in general has never been more important, particularly with the new platforms that we have at home, which is where a lot of people are. For example, Alexa, Google Home and what have you.
There are also some amazing platforms starting up. There’s a great independent media company here in the UK called A Million Ads, which allows you to do, in terms of audio, really interesting adaptive storytelling based on data.
But again, that approach often isn't thought of early enough. The budgets are there to be able to really make the best use of all the tools out there. That is the thing that I would love to see change - more investment in music and more time to find the right audio response.