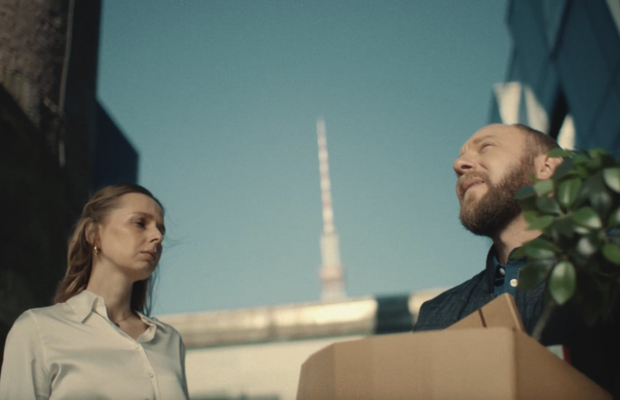 As part of their ‘Big Check Up’ campaign for Lung Cancer Awareness Month taking place throughout November, the Marie Keating Foundation has premiered a short-film, ‘The News’ during an event at the Stella Theatre, Dublin.

The campaign aims to share that the good news about lung cancer, is that there is good news. Studies have shown that those most at risk are least likely to get checked, often because they fear 'bad news'. But early diagnosis and new treatments are improving survival and this campaign is highlighting this and encouraging action to ultimately save more lives through early diagnosis. By creating a story of hope and cautious positivity, the team behind The Big Check Up believe they can counter the biggest barrier to bringing down lung cancer deaths – people’s own misconceptions.

In Ireland, lung cancer is the leading cause of death with just 20% of people diagnosed with the disease surviving beyond five years, following a lung cancer diagnosis. However, the good news for patients is that many countries throughout Europe have improved the management of lung cancer through better risk reduction strategies, diagnosis and treatment.

Created by The Brill Building team of ECD Roisin Keown with creative director Peter Snodden the integrated campaign with PR from Rep. Inc and partners will see the film supported by online video, radio, press and social content. With The Big Check Up, The Marie Keating Foundation aims to raise awareness, level the playing field and help improve survival rates of lung cancer in Ireland over the next decade and has called for further clarity from the National Cancer Control Programme about how lung cancer will benefit from the recent €20 million budget allocation. The charity has also outlined seven key areas of focus for investment so that more ‘Good News’ about lung cancer will become a reality for patients in the years to come.

Directed by Brian O’Malley, ‘The News’ tells the story of Colm, who receives a lung cancer diagnosis on his lunch break from work. Fearing the worst and following his diagnosis, Colm makes a phone call in haste, thinking he has nothing left to lose. In his case, he burns all bridges with his boss. However, Colm’s story takes an unexpected turn when his doctor tells him ‘The good news’ about his early diagnosis and highlights the positive news about lung cancer to him.

Brian O’Malley the well-known Irish director, has a close connection to the cause, with his father recently finishing treatment for lung cancer.

Speaking about how difficult it was to watch his own Father go through his lung cancer treatment said: “Watching my Father recently go through his treatment for lung cancer was very difficult but that experience informed me regarding the importance of finding positivity within an experience that’s very difficult, regardless of the outcome. My father is an incredibly positive person who entered treatment with a smile on his face and has remained positive even when there were times he hadn’t the strength to walk. That’s not true of everyone, so I hope this film, telling a story of hope, is something that will be of comfort to people facing treatment, or already going through it.”

The short-film premier was attended by a host of guests, including The Marie Keating Foundation, Lung Cancer Survivors, director Brian O’Malley, Consultant Oncologist Dr. Jarushka Naidoo, and Eileen Grace, whose husband and well-known comedian, Brendan Grace was diagnosed with lung cancer shortly before his passing at age 68.

‘The News’ will show at the Dublin International Film Festival which will run from February 23rd to March 6th 2022 and will also be broadcast by the Irish Men’s Sheds Association to members.

Speaking about the importance of Lung Cancer Awareness Month, Liz Yeates, CEO at Marie Keating Foundation said: “Our fifth annual lung cancer awareness month awareness campaign is a second iteration of The Big Check-Up, where we are encouraging people to be aware of lung cancer’s early warning signs and to act without delay if they are concerned by calling their GP. Our new short film, The News, has an unexpected ending and this year our message is to focus on the positive news of lung cancer as successive studies have shown that those most at risk are least likely to get checked, often because they fear 'bad news'.

Supporting the campaign, Dr Jarushka Naidoo Consultant Oncologist at Beaumont RCSI Cancer Centre, Lung Cancer Chair for Cancer Trials Ireland and Adjunct Assistant Professor of Oncology at Johns Hopkins University said: “Despite being the biggest cancer killer of both men and women with cancer in Ireland, lung cancer is still not spoken about at the level it should be. Campaigns such as this one by the Marie Keating Foundation are essential to raise awareness amongst the public that lung cancer is treatable and new treatments are being discovered every day. The good news about lung cancer is an important campaign and if acted upon, hopefully we will be able to give more good news for more patients with lung cancer.”

Peter Snodden, creative director, The Brill Building and one of the screenwriters of the innovative film said: “We were delighted to be asked by Marie Keating Foundation to bring The Big Check Up back for a second year, after a successful launch in 2021. Looking at the research around behaviour change, two things were clear to us. Far and away the most important tool in the fight against lung cancer is the patient’s own instincts that something may be wrong. However, those most in at risk are least likely to seek a consultation. With the film The News, we wanted to play into that thought, showing what you might do if all hope was lost – and how your perspective may be totally changed if you got the good news that you’d been diagnosed at early stage.

We are so lucky to have got the talents of Brian O’Malley and Gary Moore at Saturday Films to partner with us on this important project, and Brian’s personal connection to the material is clear from the power of the film”

You can find out more about lung cancer and watch the ‘The News’ by visiting here. If you have a concern in relation to your health, speak with your local healthcare professional.