The Continued Rise of the In-House Agency

The ANA survey, entitled “The Continued Rise of the In-House Studio,” proves that the shift to bringing resources in-house is significant 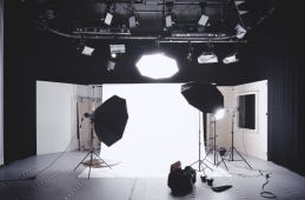 The ANA just released a survey of over 400 marketers regarding In-House Agencies with data comparisons that go back 10 years. The study accesses a broad range of marketers and provides comprehensive conclusions about the rapidly growing use of In-House Agencies. This is a must-read for anyone who already has, is in the process of, or is considering bringing resources in-house. The ANA survey, entitled “The Continued Rise of the In-House Studio,” proves that the shift to bringing resources in-house is significant, however, it is only part of an even larger shift away from the traditional AOR methodology.

When evaluating the in-house agency model it is important to put it in the context of the broader industry changes and consider the other models and resources that are being used in today’s modern creative production eco-system. There are more and more choices to plug and play into your creative content toolbox that may include specialized 'artiste' production houses, influencers, content engines, media partners, crowdsourcing, social control rooms, external creative agencies and PR (capturing content at experiences/events). These are just a few of the options available to produce content in a faster and more efficient way to target consumers.

ANA Survey Finding: The survey states that 75 percent of in-house agencies had a 2017 annual U.S. in-house agency budget (staff and expenses) of less than $25 million and 25 percent were greater than $25 million. (That budget increased versus one year ago for 51 percent of respondents, remained the same for 37 percent, and decreased for only 12 percent.) The survey did not state, however, what portion of the overall marketing budget was given to or allocated to the in-house agency. This would be an interesting data point to add in future reports.

Bringing resources in-house is a commitment and requires the introduction of processes (including ways to collaborate with external agency partners), hiring/managing a flexible workforce, risk mitigation (legal, rights, licensing, insurance, etc), vendor payments & financial responsibilities, facilities/locations and equipment costs & maintenance, HR and career opportunities, technology, vendor vetting process and asset storage and tracking. These are just some of the key considerations to consider to facilitate a smooth transition of responsibilities to an in-house group, including making sure you are prepared to take on many of the details traditionally handled by your AOR.

Some of the biggest benefits reported in the survey include:

The overall takeaway is that with a rapidly evolving eco-system it is wise to have some resources in-house and some out of house – it’s even more beneficial to create an infrastructure to plug and play key creative partners easily in and out of your creative asset eco-system to allow you the flexibility to work with the best talent, partners, tools and resources.