The Crucial Role of Editors Examined 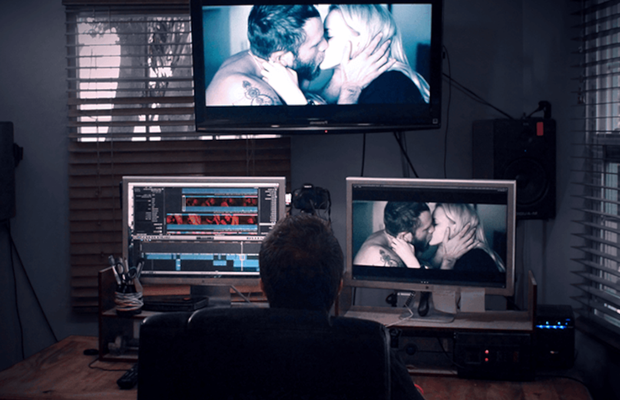 You might have heard the saying: ‘Great editing is invisible.’ While that may be true, it also means the craft can be sheltered from view and its proponents end up shy of the recognition they deserve.

Sven Pape aims to change that. The ACE Eddie-nominated editor, film school trainer and online craft instructor has amassed a huge following for his YouTube channel This Guy Edits.

“I aim to shed a little light onto the craft,” he says. “I’m not saying that I have achieved greatness or ever will. This channel is simply about helping people become more aware of the creative power of editing and to celebrate the ‘invisible’ performers in the editing room.”

Sven is no ingenue. He has cut for James Cameron (3D-Imax Ghosts Of The Abyss), James Franco (Tribeca Fest Premiere Good Time Max), and Joseph Gordon-Levitt (on the Emmy-Winning HitRECord on TV) as well as three indie features for director Mark Webber. 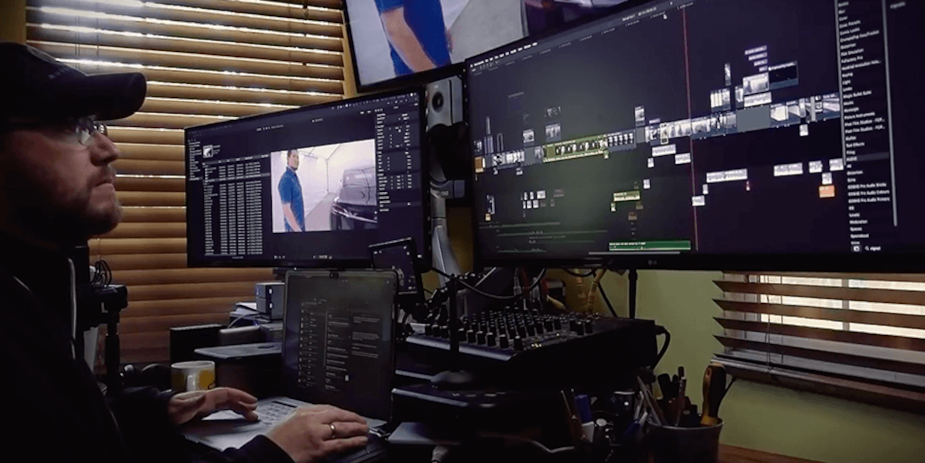 Over his twenty-year career he has worked as supervising editor on TV shows airing on Bravo, E!, and Fox and cut sizzles, trailers, pilots for Fremantle Media.

While watching his young daughter produce short films and upload them to YouTube, a lightbulb switched on for Sven. “She was fluent in editing before she even went to middle school,” he says. “I’m not joking. She was able to build her own little studio and create toy videos for My Little Pony using her own camera and lighting.”

Sven himself attended AFI, one of the top film schools in the United States. “I felt she got a better education than I did,” he explains, “because she was learning to create and tell stories first hand. The technology came second to her instinct for storytelling.”

“Pape himself attended AFI, one of the top film schools in the United States. “I felt she got a better education than I did,” he explains, “because she was learning to create and tell stories first hand.

That realisation inspired him to start his own YouTube channel where he initially shared his opinion on how individual features films were made in the edit. It was an experiment at first, an idea that Pape didn’t think would go anywhere beyond those with a niche interest. When 20,000 then 30,000 subscribers signed up, he knew he had a platform on which to expand.

“That’s where This Guy Edits came from -the idea was to explore all the creative aspects of how to build drama through editing, how to shape the performance of an actor,” he says. “I’m less interested in the technical side of editing or how to be more efficient in your workflow, but I am keen to celebrate the editor’s role in the crafting story.” 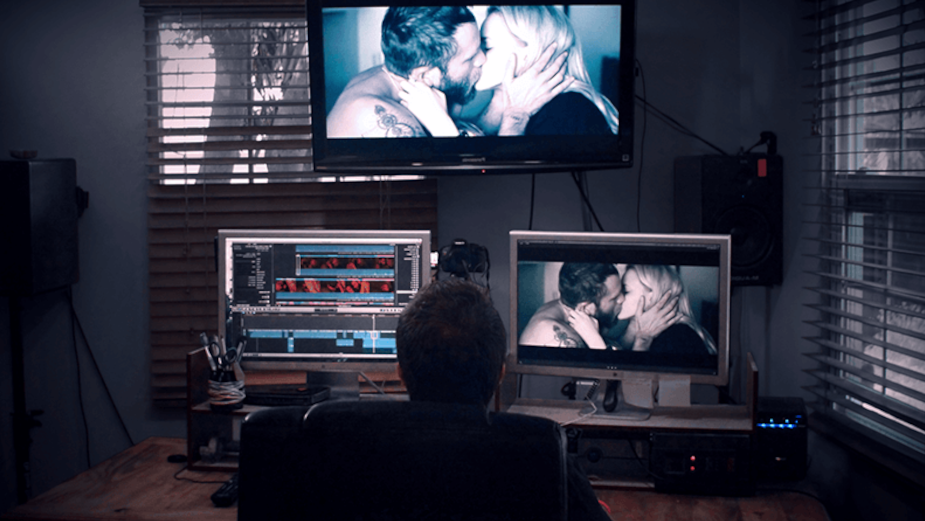 Turned out, through Sven’s insightful and clear approach, that there’s a genuine desire for such education. To date the channel has attracted over 400,000 subs. It has grown to be so successful that Pape now employs editors in North America and internationally to cut videos for the channel with Pape acting as supervising editor. It’s a process for which Sohonet’s ClearView Flex has proved invaluable.

“I’m using ClearView Flex regularly to communicate in real-time with editors,” he explains. “It’s a great and collaborative way to look at the timeline together throughout the entire project.”

The recent entry in his Science of Editing series ‘Are Directors Who Edit BETTER Directors?’ was cut by France-based editor Morgane Vautey using ClearView Flex for review and approval. “I’ll stream the project from my editing software via ClearView and we can review it together and go through the timeline.  I can see exactly what shots she picked and the other shots she selected before arriving at this cut and give her specific notes. 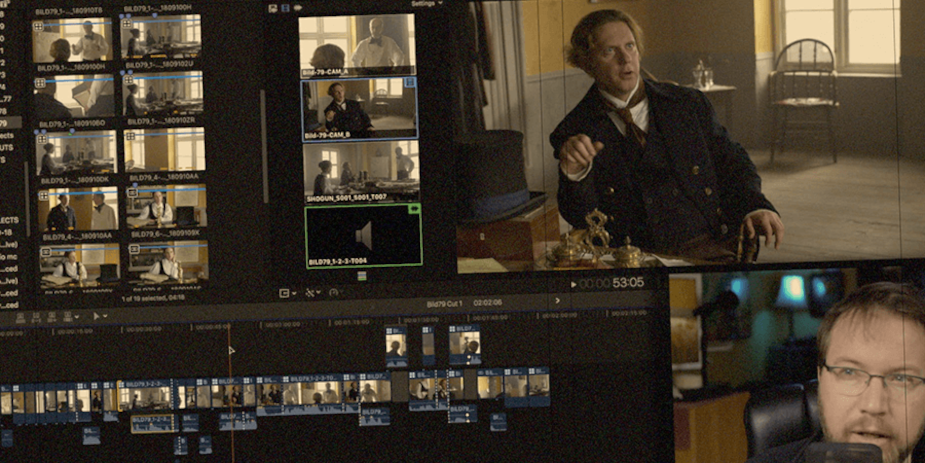 “For instance, I was able to suggest that a quote from filmmaker Chloe Zhao (Nomadland) be shortened and still retain its essence for the audience to digest the information. These are the kind of creative choices that we can make without having to sit in a room. Using ClearView Flex we can play with the footage in real-time and make notes without delay.”

He is planning to use CVF for his next feature project which is starting next year. He says, “The director is in the UK and it will be a great way for us to collaborate on the film.”

Are Directors Who Edit BETTER Directors? offers a fresh perspective on the Auteur Theory. It’s a subject Pape is passionate about.

“Editing is the one craft in the whole of filmmaking that an audience finds hard to tell if it’s been done well, whether it really helps the film,” he says. “An audience is far more aware of the emotional impact of a film’s cinematography or score while often unconscious of the craft and decision making that has gone into shaping the story in the cutting room.

He continues, “Editors solve crucial problems, yet nobody has any clue what they have done. No one understands that the editor made huge structural changes to the film and created emotions and scenes and shaped a performance in the edit. Partly that’s because the editor tends to do this alone or with a director, behind closed doors.”

Film theorist and director Vsevolod Pudovkin was the first to recognise that the editing process is the only part of production that is truly unique to motion pictures. Pape subscribes to Pudovkin’s view that the emotional content of a scene comes more from proper editing technique than it does from the performance of the actor. “It is the editor who shapes the pacing of a scene. They decide when to cut to a reaction shot and what a certain shot selection means in context of the story. I really wanted the channel as an opportunity for people to sit in the room and be a fly on the wall in the process.”

Just as people weren’t interested in ‘celebrity’ chefs or the guts of what a chef did until there were reality TV shows that featured them; “in a small way” Pape wants his channel to do the same thing for editors. “I want to make people feel really, really excited about the process of cutting a film and also appreciate the invisible artist in the cutting room.”

Picture Shop Takes Its Remote Capabilities to the Next Level

Moxion and Sohonet Camera to Cloud Accelerates and Harmonises Workflow

Catching Up with The Mill’s Head of Technology Rizzo Islam