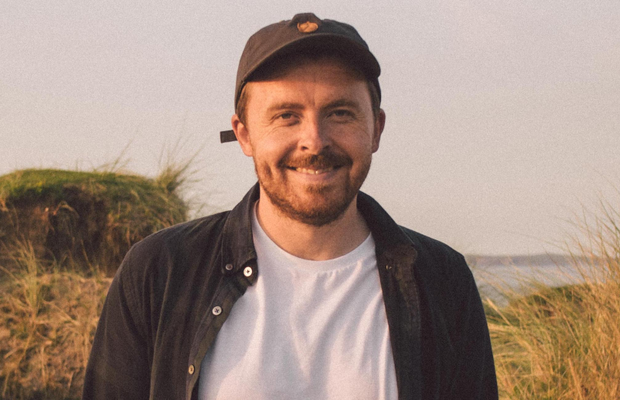 Brendan has forged his way as one the music exciting and prolific Irish directors to watch. His early career enjoyed large success with his video for Hozier’s ‘Take Me to Church’ (which has since surpassed 300m+ views on Youtube along with two MTV VMA nominations), since then Brendan has gone on to direct consistently elegant and visually stunning music videos for top international artists, as well as cementing himself as a strong commercial director with the recent Failte Ireland ‘Keep Discovering’ campaign. In 2017 Brendan directed ‘For You’ (starring Barry Keoghan) which went on to win a Kinsale Shark and was nominated for an IFTA. In 2019, Brendan directed a second award-winning short film – ‘Christy’ – funded through Screen Ireland, which is available to watch on Short of the Week right now.

Brendan> I get excited when there’s truth in a script. It doesn’t really matter what type of ad it is - comedy, drama, visual etc - if there’s an honesty and an integrity to the idea that transcends just trying to sell the product, then I think the script will be elevated.

Brendan> Everything begins with my approach and ideas. Once that’s down and I’ve discussed with my production company to make sure it’s not absolutely unachievable, then I’ll start writing the words. Then I’ll begin designing it, pulling images and making it look visual. I’ve started cutting little mood clips to include in my treatments which really helps to get across the visual style and tone. The more effort you put into that sort of stuff the more impressive your pitch will be 100%.

Brendan> It’s definitely important to understand the market behind whatever brand you’re pitching on. Especially on a visual level, looking into other ads they have done, print campaigns etc.

Honestly though, I’ve never had to do any major deep diving research . If you respond to a brief it’s normally because you get it. So I normally get stuck into the creative pretty early and if there’s any on-brand questions I have around certain aspects then I tend to research as I go OR ask the creatives for a steer.

Brenda> Without a doubt; my producer. They understand the brief, the client, the idea, the details of the production and the end goal. They’re the person that makes your vision happen across everything and without a strong relationship with them, life would become extremely difficult.

Brendan> It’s taken me years of exploring and experimenting to be come to this answer. I love to tell human stories through small moments that resonate. I’m very drawn to making honest and uplifting films, that don’t shy away from the difficulties in life but at their core have a big heart.

Brendan> People have often struggled to pin down exactly what you’re gonna get with my work. And I think that’s fair enough as I’ve always pushed the boat out and tried my hand at making different types of films from experimental visuals to dramas. But more so in the last few years I’ve been honing in on something that feels very unique to me, and I feel like my upcoming projects, when released, will give people a greater perspective of who I am as a director.

Brendan> I made a Budweiser ad with Conor McGregor, which was all about following your dreams. The concept was simple; he walks around his old neighbourhood in Dublin and half way through the ad, he turns a corner and we cut to him walking in LA. So all he had to do was wear the same clothes, look the same, and walk. We filmed the Irish shoot first and the day before the American shoot, two weeks later, he went and completely shaved his head. The client were freaking out that he’d look thuggish. We toyed with the idea of changing his clothes as he turned the corner as to not draw so much attention to his new off-brand hair style but in the end we just filmed him as if nothing had happened and no one even noticed. Often the biggest problems have the simplest of solutions.

Brendan> Developing trust, confidence and good communication early on is key to this, whilst also being strong and firm with your ideas and vision. Ideas normally fall apart when people get afraid and panic. If they can trust you in those moments then that goes a long way to protecting the idea.

Brendan> I think this is an amazing idea. The only way to really learn is by doing. And in film schools they rarely teach students about the commercial world or treatments. Which is ridiculous. I’ve ran a Music Video Workshop for young directors for the past 6 years where I teach fresh talent about this sort of stuff and even just hearing about what the actual industry is like, and seeing examples of treatments and briefs, is so helpful to them. I would have loved the opportunity to shadow bigger commercial / film directors. It would have been invaluable to me and my self-confidence. Most directors just have to figure out the landscape for themselves. It would be massively beneficial if mentoring / apprenticeships became a standard practise.

Brendan> I think it will have a very positive effect on the way I work. It’s so great that zoom meetings are now socially acceptable. The amount of time and money I will save from not having to travel to meetings is incredible. This allows so much more time to focus on the creative. On a much more personal and spiritual level; the last year has given me a lot of time to reflect and grow as a person, and I feel like those changes will have a profound effect on my work.

Brendan> So far, I’ve been lucky in that the type of jobs I’ve done haven’t heavily required any dramatic shift in the way I film. So I’ve always, for the most part, focused on telling the story in the best way possible.

Brendan> It hasn’t really developed to be honest. If anything, I’ve actually gone back to classic storytelling more and more as I grow as a director.

This short is such an important piece of work for me. It’s a simple story at it’s core but it’s small moments reveal an important, heart felt message which has really resonated with people. I adored using a cast of predominantly non-actors and the visual style of it came to me so organically. It really set the tone for how I want to direct.

Since making Christy, my ability of finding magic in small moments definitely grew. It has really inspired my writing and how see the world. The campaign I made for Failte Ireland was built around moments like these that really resonate - the crisp sandwich, the kids on the stones etc. This Soundscapes edit combined this alongside the atmospheric, visual aspect of my work.

Dermot Kennedy - All My Friends

I’ve always loved telling large stories in short spaces of time. Making music videos such as Hozier’s ‘Take Me To Church’ is how I got my break in the industry. My most recent example of this would be this video I made for the Dermot Kennedy. The brief was to create an emotive narrative about a group of friends who go to a festival and end up at Dermot’s gig. We had two weeks to write and plan it. And during the shoot we had to film Dermot on stage whilst simultaneously capturing the scene with our girls in the crowd with very limited time to grab it. It was a mental but we pulled it off. I’m also incredibly proud of the casting in this video and think that’s one of my key strengths as a director.

This music video for Saint Sister, made as part of a Three Mobile campaign, shows off a more abstract and poetic side of my work. I love telling stories through visual metaphors and intriguing imagery. It also showcases the type of atmosphere and colours that I love to capture.

Virgin Media Ireland Ask ‘What About the Future?’ in Pursuit of Broadband Impeccability