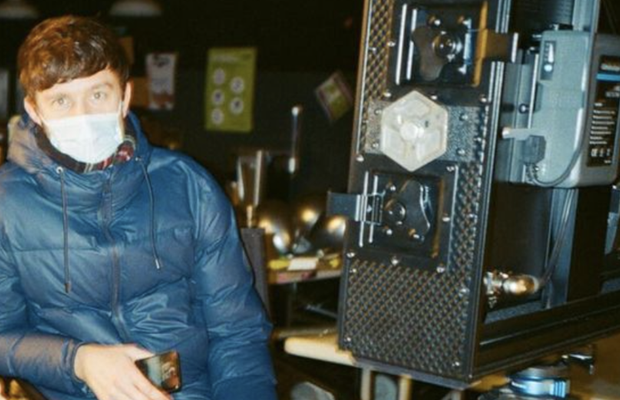 Chris is an award-winning London based director.

He likes to combine his original artistic approach with a commercial sensibility. From his roots as a film and commercials editor he seamlessly made the transition to director. Chris loves to blend his naturalistic approach in a cinematic way, bringing his experience of narrative cinema to everything he works on.

Chris> I don’t know if it’s a specific element, I think anything that allows your mind to wander in terms of narrative and visuals. Something that isn’t prescriptive. The best scripts for me are ones that you can give you a sniff of what could be and that’s exciting.

Chris> If I’m unaware of the brand I’ll do some research into them and get a sense of their identity. Then I’ll start thinking quite broadly about ideas and looking through any references that I have and see if anything sparks me into life. When I’m not working on projects I try and watch as many things as possible and look at as many photographs or photographers as I can and if something stands out to me I bookmark it for another time.

Once I’ve got an idea for the spot I’ll then start writing- usually on notes on my phone at first. At first it’s just a mind dump of everything that can be done within it, then I break it down into chapters that Ill be using on the treatments and refine it more and more from there.

Chris> I do think it’s important however when you’re pitching it’s usually for something new, so I try not to get too bogged down in their previous work.

Chris> I think there’s a couple. I would say the relationship with the creative director and/ or creative is one of the most important. If you don’t have good communication with them then you’re unlikely to make the spot as good as it can be. You need them on board for anything you want to do.

The other relationship is the DOP, without doubt. Most of my stuff has been shot by Stefan Yap and we’ve worked together for about nine years so it’s a really easy shorthand now and that makes our lives a lot easier on set.

Chris> Anything genuine. I love documentary and commercials, so anything that can combine the both.

Chris> That I’m also a creative in an ad agency (that’s actually my twin brother, James!).

Chris> Not directly but I’m sure on every job I’ve been on has one.

Chris> I think when we were shooting an Adidas spot in Madrid on a airport runway and it started to snow really heavily. We were about to shoot inside this hangar and one of the camera dept noticed that the roof was swelling with water. Within about five minutes a section of the roof collapsed, covering the freshly painted floor in water- all this whilst the talent was on his way to set. I think every single person on that set had to take towels, brooms, industrial heaters and try and clear it and dry it within about 20 mins. I then had to try and shot list an alternative version of the spot in a new dry location in case we couldn’t shoot here which was pretty mad but luckily we managed to dry it out in time and the talent had no idea. Phew.

Chris> I think you always have to protect your idea and fight for what you think will make the spot better, but I do also believe it’s a collaborative process so it’s important to take suggestions/ steers from the agency and client and not turn it into a me against them situation. I think as long as you’re all honest and can back up your suggestions then it’s all good.

Chris> I think it’s a great idea and about time. I’m always happy to help in anyway I can.

Chris> I think I have more patience and also more sympathy for producers! Hopefully both of those stick around for the long term.

Chris> I think it’s hard to satisfy all formats at once, and with the same love and quality. I go into each spot knowing what the hero format is and then work the rest around that- and so far that’s worked ok (touch wood).

Chris> I’ve not used too much but I’m always open to trying new techniques.