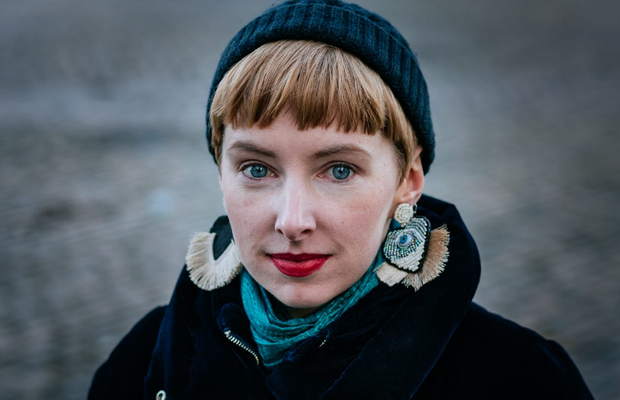 Mia Mullarkey is a film director based in Dublin, Ireland and represented for commercials by Banjoman. She has directed several successful short films, receiving over 60 awards and nominations globally, and screening at major international short film festivals such as Palm Springs, Aesthetica, São Paulo, Valladolid, Tehran and Helsinki. Her work has been shown on RTE, TG4, Virgin Media TV, France24, ShortsTV USA, Mubi, Discover.film and TogetherTV (Sky UK). In 2018 Mia received the Discovery Award at Dublin International Film Festival for her body of work, and was made the 2018/2019 Filmmaker-in-Residence with Virgin Media DIFF. Alongside directing Mia has devised and taught filmmaking courses, as well as participating in numerous panels and guest lecturing on filmmaking. Under the new Screen Skills Ireland mentorship scheme Mia is currently being mentored by director Lenny Abrahamson for one year. She is a host on the Film Network Ireland Wrap Chat podcast show and a member of Screen Directors Guild Ireland. In 2020 Mia completed a masters in screenwriting at The National Film School in Ireland with a first class honours. She is currently in development with Screen Ireland on a feature documentary and a short drama.

Mia> Scripts that allow for interesting visuals, that allow the director to bring their visual imagination to the table.

Mia> I go to pinterest and other image sources and start collecting images. I research a little into the client, to get a sense of their branding, target demographics and overall tone. I have a list of headings in place to give structure to the treatment, and when I feel I have a good collection of images I start assembling the document. The writing usually follows the images. I always try to find meaningful connections with the spot/script/concept, so that I have personal experience to pull from, as well as creative vision.

Mia> I feel my role is to bring directorial craft and vision, and this entails having an understanding of the story I’m telling. So I often do a small dive into the brand to get an idea of their previous marketing strategies, and their overall tone and target demographic. I don’t look into it deeply, as my goal is to bring a fresh vision to each project.

Mia> I feel there are several answers to this. On a piece I did for Standard Life they had a real person, Brian, taking on a new role with them and he was presenting this in the video. I felt it was essential to form a trusting bond with Brian so he would give his best performance. Similarly with a piece I did for Ulster Bank, I worked with a trans teen, Chris, and I built trust with Chris before filming.

I feel it’s crucial to have a strong relationship with the DOP, as they will be manifesting my vision. I like to have many conversations before shooting begins, and brainstorm visual ideas.

I love to have great communication with the creative director, or artistic director, from the agency. For me this is as important as the first two I mentioned. Keeping a strong dialogue and creative spark between me and this person, or team, is essential.

Mia> For me this has been changing in the last year or two. I started out as a documentary director before stepping into commercial work. And recently I’ve started directing drama. My experience in documentary has certainly influenced my taste, and I think I’m drawn to stories that feel authentic, whether that’s grounded in realism or elevated in metaphor. I like viewers to come away feeling like they saw something genuine. In terms of subject matter, I love stories that have a psychological element, that invite us into someone’s inner. I worked as a behavioural psychologist before becoming a filmmaker, and I’m always interested in work that has a human story or situation.

Mia> As a female director I think I get typecast as someone who is interested primarily in community and compassion. And possibly as someone who doesn’t want to play with the big toys, the complex tech setups. While I love intimate, vulnerable performances and camera styles, I also love sophisticated ideas requiring intricate design and new technology.

Mia> Recently on a short drama I directed we had a scene where the lead actor is just after having a car crash. The scene opens with him waking up in the upside down car. Because of the pandemic, and the limited size of our regional film grant, it was proving difficult to get the people/help we needed. So I started looking into car scrapping companies and found one that could turn a car upside down for us, in the location we needed. We had a medical team on board, and a stunt supervisor, and we notified the gardaí. And with a little push we got the shot.

Mia> I think clear and honest communication is essential.

Mia> I’m 100% into this. Any effort to address the lack of representation, and encourage new voices, I’m fully behind. Currently I’m directing a short drama funded by Screen Ireland. Our lead actress is a woman with intellectual disabilities, and we’re working with our casting director to cast actors of diverse ethnicities/backgrounds where possible. I’m always keen to have female creatives on the team, and creatives of different ethnicities.

Currently I’m being mentored by Lenny Abrahamson for one year, through the Screen Skills Ireland scheme. And I am a mentor with Film Network Ireland, and a host on their podcast show. So I’m very open to the idea of mentorship and apprenticeships.

Mia> To be honest, I miss hugging people when a shoot is wrapped. And I miss seeing people’s faces. I can’t wait to have that back. But I’m definitely more aware of ensuring good practice around health & safety, and checking in with people. I’m happy to keep this in my practice moving forward.

Mia> It’s something that comes up in pre-production discussions, and something I keep in mind while shooting and editing. Different social media platforms have various requirements, such as aspect ratio or video size/length, and different platforms have different types of users. Sometimes a client will want a video to be for TV and internet. This means weighing up how much info you include in the video vs using the video to point to other sources. I think it’s impossible to avoid considering the different formats, and it’s something you inevitably become versed in.

Mia> I haven’t engaged in virtual production but I find it hugely exciting and I get hooked on the bts videos. It’s definitely something I hope to incorporate into my work in the future.

Mia> The Passion is my first funded short drama. It is based on a short story of the same name by Irish author Donal Ryan. I had a lot of fun on this project, designing the visual and sonic landscape, delving into the performances with the cast, cutting my teeth in the world of drama. I think it reflects the new direction I’m taking as a director. And I’m excited to have more funded projects coming up this year.

Ériu’s Threshold was commissioned by Body & Soul. I was invited to direct the project in January of 2021 and we had an insanely quick turnaround. I poured my energy into building the visual atmosphere of this piece, and am quite happy with how I engaged with the script that was given to me.

End of Career Guidance Councillor was a very enjoyable production. I enjoyed the simplicity of the idea.

Becoming Chris entailed bringing in my documentary making skills. I spent time with Chris and his mom, getting to know them and researching the elements that I would bring into the film. My goal was to make this feel personal and sincere, so that the story of Ulster Bank offering support felt as natural as Chris’ mom talking about grieving the loss of her daughter.