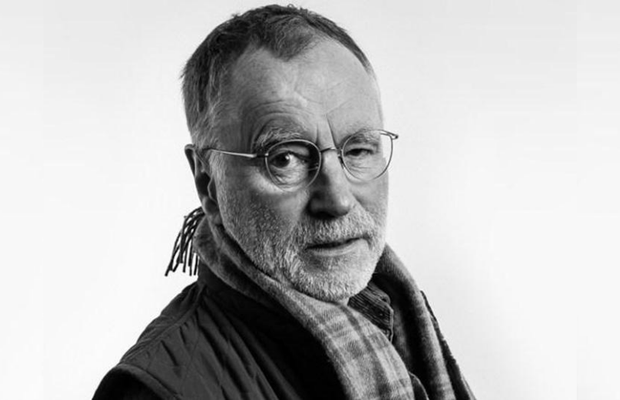 From Kellogg's, McDonalds and Coca-Cola to Rolex VW and BT, Mitch Walker has directed some of the nation’s most awarded and best-loved commercials for many of the world’s most famous brands.
With his very first commercial winning a Gold Lion at Cannes, Mitch’s career has continued on this successful trajectory over the last thirty years. The scripts and awards have kept coming, year after year.
Recognised as an expert in shooting in remote locations and directing all forms of aerial photography, as well as a number of documentaries and short films, Mitch is a highly versatile and much celebrated director.
Name: Mitch Walker
Repped by/in: The Chase Films, Mendoza Films and Mitch Walker Productions in the UK
Awards: All major national and international festivals including Cannes, D&AD, Clios, New York, Kinsale Sharks, ADC*E

Mitch Walker> A single minded script. A script that knows what it is trying to achieve and who it is talking to and has, at its core, an idea that links the two in an arresting way.

Mitch> Ideally I would talk to the creatives and the producer before I start on a treatment. I would want to get the deepest possible understanding of the brand, the message and the target market. Then I research, start collecting references and start drawing my first draft storyboards in parallel with writing my treatment.

LBB> If the script is for a brand that you're not familiar with/ don’t have a big affinity with or  a market you're new to, how important is it for you to do research and understand  that strategic and contextual side of the ad? If it’s important to you, how do you do it?

Mitch> It is essential for me to understand the strategic and contextual aspects of the advertisement. The main message needs to be forefront, of course, but every commercial has to work hard and have a long shelf life.
I like to build in new elements that will be rewarding for the viewer to discover - even after several viewings. Every nuance needs to be directed in a way that compliments the core communication.

LBB> For you, what is the most important working relationship for a director to have with  another person in making an ad? And why?

Mitch> The creative people who have been working, sometimes for months, on inventing and developing the idea and writing the script. They, by definition, have the most complete understanding and the most complete vision of how their message should be communicated.

LBB> What type of work are you most passionate about - is there a particular genre or  subject matter or style you are most drawn to?

Mitch> Performance and dialogue. Drama or humour. Working with accomplished actors or unaccomplished ‘real’ people. But I always shoot with ‘a look’ - a look that is appropriate, relevant and supportive of the core message.

LBB> Have you ever worked with a cost consultant and if so how have your experiences  been?

Mitch> Many times. I have always been teamed up with first-rate producers, so all my experiences with cost consultants have been good ones. It is always productive to gain the trust of everyone working on the agency / client side by being honest and sharing as much information as possible as early as possible and then continuing to do so throughout the production.

LBB> What’s the craziest problem you’ve come across in the course of a production – and  how did you solve it?

Mitch> Most recently - dropping a grand piano from a hundred foot crane onto the front garden of a house in Cheshire.
A few years ago I had to persuade an eight foot tall kodiak bear to ride a bicycle. That was interesting. Actually it was my producer who solved that one.
We solved the piano-drop problem by doing it for real. One drop. Several cameras…

LBB> How do you strike the balance between being open/collaborative with the agency  and brand client while also protecting the idea?

Mitch> Honesty. Passion. But most importantly obsessive attention to detail and complete openness. I want everyone involved to feel confident and to relax and enjoy the shoot.

LBB> What are your thoughts on opening up the production world to a more diverse pool of  talent? Are you open to mentoring and apprenticeships on set?

Mitch> I am 100% for it. I always have trainees and students working on set/location on shoot days and also involve them, as much as possible, in the pre and post production processes. I have always kept involved in the creative educational system - directly by lecturing in further education establishments and through D&AD.

LBB> Your work is now presented in so many different formats - to what extent do you  keep each in mind while you're working (and, equally, to what degree is it possible to do so)?

Mitch> Planning for content to be presentable in different formats is part of pre-production. Alternative framing, timings, etc. will have been incorporated into my shot-list and shooting board in the same way as cover shots and cutaways will have been. As I work through my shot list on the shoot day, any extra material needed to accommodate different formats will automatically receive equal priority.

LBB> What’s your relationship with new technology and, if at all, how do you incorporate  future-facing tech into your work?

Mitch> I love any new technology if it helps me achieve what I have in my head more effectively and efficiently. I hate it when technique overshadows concept.

1.  Volkswagen ‘Can-Can’
This was one of the last commercials for VW created by DDB London before the merger with BMP - so I must have shot it in 1989. It was part of the long running campaign that included David Bailey’s much celebrated 1987 TVC ‘Changes’  Mark Hanrahan was my producer in those days and he persuaded Tony Cox that I was the right person to direct it. All credit to Mark.
Paul Domenet, who I had worked with in my agency days, wrote it and Stuart Buckley was the art director. We spent three or four days location scouting (and eating and drinking) in Northern France looking for long deserted roads lined with poplar trees.
The next weekend I drove up to Lincolnshire and found the perfect empty road in the middle of nowhere that is featured in the TVC. The poplar trees were beautiful, but I wanted bleakness, not beauty. ‘Can-Can’ won lots of awards all over the world including a Silver at Cannes. Not bad for a car commercial that only shows the product for five seconds and while it is speeding away from camera.
2.  Philips ‘Double Date’
I was asked by Euro RSCG to make six films to promote their then revolutionary webcam. This was around 20 years ago when viral advertising was in its infancy.
As the media cost was zero, so was the budget, but they had been written by Peter Ward, who was then CD of the Paris agency. Peter is another copywriter that I had worked with in my days in agencies. What fun. No Clearcast approval needed!
And a challenge. I would have to think in megabytes rather than in seconds. In those days you couldn’t send a link to all your pals simultaneously after uploading your film onto Vimeo. You had to physically send the file attached to each email and the technology of the time meant that the attachment could not be larger than 1.25 megabytes. I can’t remember how we did with awards - there probably weren’t any categories for this type of advertising, but it remained in the top ten most viewed videos on YouTube for at least ten years and has been copied dozens of times.
3.  Sheldon’s Oven Bottom Muffins ‘Muffin to Eat’
I was asked to join The Chase Films in 2015 by my old friend Ben Casey. Actually, I think he asked me, with typical caution, if I 'could be available’ to work with his latest extension to The Chase empire, but yes, yes, yes. I’d love to be involved.
I had a script which I was about to direct through my own production company, MWP Ltd, but it seemed to make sense to shoot it through The Chase Films so we could kick off the relationship with a live project.I had worked with Simon Sinclair, the creative director, on several memorable projects in the past and he was agreeable. Great casting by Michael Jackson at Beverley Keogh introduced me to Rob Hardman who gave me a performance that still makes me smile.
4.  Visit Scotland ‘Adventure’
The Visit Scotland campaign that I directed for The Chase Films was, although nobody could have predicted it, ill timed - to say the least. Over a six day shoot we filmed at 15 locations during Hurricane Ciara in winds of over 95mph. In a RIB off the Scottish Coast and in a snowstorm in the landscaped gardens of Sir Walter Scott’s home, Abbotsford.
While we were filming a night exterior at a distillery in Hawick a sizeable chunk of a hotel was swept into the raging river Teviot in the background.  We delivered the finished commercials on 15th March 2020. Three 30 sec TVCs created to entice holidaymakers to take a break in South Scotland in the spring and summer of 2020.
Lockdown began a week later on 23rd March. The campaign was pulled. There was no point in advertising a product that no one was going to be able to access. But I will always remember that it was an exceptional shoot.  Everyone pulled together and everything was impeccably managed by production manager Sam Atkins and my producer, Baldwin Li. ‘Adventure’ is my favourite of the three commercials.

More from The Chase Films