Havoc’s Emmy award-winning Director Ryan Travis sits down with LBB and shares why we should balance ground-breaking technology with the old tech, how Italy is his second home, and why you shouldn’t decide on anything until you really need to 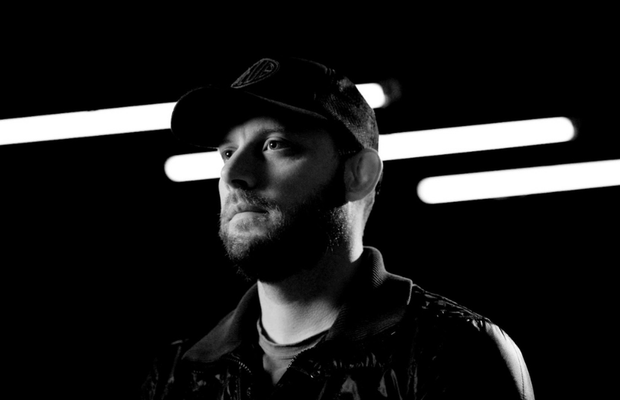 Havoc's Ryan Travis is a director at the top of his game. He’s a multi-Emmy award winner, and has finessed his expertise in big-budget action work - he first got into snowboarding at college, and you could say his interest snowballed from there…
The very series that got him the Emmy - NFL 360 - is back on our screens this month with a new film, directed by Ryan, looking at the story of former NFL star Mark Pattison. Ryan shared with LBB what it was like to work on the shoot, how he got a drone to the top of Mount Everest, as well as divulging his creative inspirations.

LBB> Take us back to the start: What made you want to be a director?

Ryan>I’ve been fascinated by film for as long as I can remember. I began asking questions about how they were made and thus my journey as a filmmaker began. I watched all kinds of films growing up and became a big fan of both Tony and Ridley Scott. I watched ‘Blade Runner’ many times.

LBB> You began your career “in the mountains directing action sports films across the globe” - can you tell me more about that? What drew you to the genre?

Ryan>I went to film school at the University of Colorado at Boulder and I was on the snowboard team. It was a natural combination of documentary filmmaking and a sport I was passionate about at the time. And then I started working for Warren Miller Entertainment as an intern and then camera assistant. Warren Miller was a very unique company in that they made a feature-length documentary film every year with a very small team of people, and they also shot commercials for action sports brands and some snow running footage for car companies. I learned a lot being a part of that small team; I was able to be a part of all facets of production and post production.
One key lesson I learned was how to create a lot with a small crew. We travelled to many remote locations and told some very exciting and visual stories. It was at this point I really fell in love with traveling and experiencing different cultures, food, art, and people. Since then I have kept a foot in this world, recently finishing a documentary pilot for RedBull Media House that explores human performance and training for elite athletes.

LBB> Have you got any exciting projects in the works? Could you give us any details?

Ryan>Currently I’m getting ready to premiere the 5th season of the Emmy-winning documentary series NFL 360. I’ve won three Emmys with the show. The opening episode, ‘Searching for the Summit’, premiered this month in Sun Valley Idaho as a fundraiser and screening and then the following week on the NFL network and digital platforms. The episode is a thirty-minute documentary that follows Mark Pattison, a former player, as he tries to summit Mount Everest as a part of his search for clarity and meaning in his life.
We filmed with Mark across nine months, but a COVID spike meant for the final in Nepal we couldn’t be in person. I scrambled to find a drone and camera film in Nepal and had to direct them remotely as Mark scaled the mount. It was no mean feat flying a drone at one of the highest elevations in the world.
I also have two narrative films in the development process which are both exciting stories, and I hope to bring them to the screen soon.

LBB> How would you characterise your style? What inspires you?

Ryan>I would say my style is very visual mixed with strong dramatic storytelling. I love creating cinematic films with unique lighting and framing that sets a tone for the viewer before any dialogue is even spoken. I like mixing concepts with personal dramatic stories.
You should be able to get a sense and feel the tone of the piece within five seconds, and directors should be able to hold an audience with how the story is being told too.

LBB> And are there any specific directors or creatives who have inspired you?

Ryan>Ridley and Tony Scott, David Fincher, Christopher Nolan: they’re all filmmakers I draw inspiration from. They are all unique in their own way, but all really bring an authentic real cinematic style to their films. One key thing they share that I try to bring to my filmmaking is the act of doing as much as possible in camera and on set. I feel this approach strengthens the use of VFX when you do use them and gives everything a more authentic real feel.
I like the boldness of Italian filmmakers both current and past who bring vibrant characters and visuals to their stories. Architecture, art, photography, and travelling are all things that inspire me creatively. I find looking at other art and artists outside of filmmaking can be very inspiring.

Ryan>This is a question that gets asked a lot and I do feel like I’m at the forefront with technology and storytelling. I incorporate new technology whenever needed to help advance the story I’m telling, but it’s also important to look to older technology as well. It all depends on what the story is and what the project entails. Everything should work to enhance that specific story and that means different things.
I recently shot a project that used hologram technology to record two interview subjects in separate rooms and brought them together via a hologram. This was a solution to shoot around COVID protocols but also provided a unique visual element that enhanced the story. On the opposite side of the spectrum, I returned to an older style of tech and shot super 16mm film and used some vintage lenses to create a more organic grounded story.

LBB> Looking back over your career so far, is there a specific project or moment which stands out as especially important in your development going forward?

Ryan>I think there have been a lot of moments along the way but the feature film I developed and directed in Italy was probably the biggest one. First off, being on one project for that long was a learning experience all on its own. It gave me more time to prepare and test different creative ideas before starting production. Some ideas don’t work but you need to be able to try and fail and keep creating until you find the right approach. I was a part of this film from blank page to final delivery of the DCP and you really understand how important the entire process is including post.

Ryan>I like to start by pulling visuals that I think set the tone for the spot. This could be an image, a piece of art, an old film, an iconic place. This gives me a visual piece of inspiration to think about as I write the treatment. Once I have my creative concept I start thinking about approach and execution. Shot design, cameras, locations, cast - really it’s anything that will bring the script to life.

LBB> What’s the best career advice you’ve ever received .. and what’s perhaps the worst/a misconception about the industry?

Ryan>Don't decide anything until you need to. Good ideas come from all places and people. The biggest misconception is that somehow creating a good commercial or film is easy.

LBB> On your website, you say Italy is like your second home. How does Italy influence your work and style?

Ryan>I have the opportunity to work with a production company based in Rome and Milan doing commercials and films. I did a film and lived in Milan for production and then we did post production in Rome. The third portion of the film was shot in Morocco. I spent a lot of time in Italy and the type of filmmaking is a mix of indie and bigger budget which I like. It gives you the flexibility to do things and create things that are not really possible in America, and plus - I do love watching Italian films and TV.
One of my favourite series at the moment is Gomorrah, a mafia crime drama set in Naples and yes - it has subtitles. I still have many collaborators in Italy as well that I work with including a couple of music composers. Italy does remind me that a great piece of art can last forever, and I think about that in my filmmaking. When you go for a run in the morning in Rome you go by the Colosseum and in contrast, you then see a cool modern building and wonder: Will this new building still be here in 100 yrs?

LBB> On your website you mention having an ‘immense understanding’ of the whole creative process, why do you think it’s important to be involved the whole way through?

Ryan>As a filmmaker there is an immense amount of creative input after the film is shot. Returning to the subject of collaborations, I have my editor and colourist who I collaborate with frequently- this gives us a shorthand. Editorial and colour grade, sound design, mixing, and visual effects really define what the project will end up becoming. All of these elements affect the film and how the story or commercial is told. It also gives me greater flexibility in production knowing I’ll be able to tweak or adjust as needed in post. As a director, I think it’s important to stay involved so the initial vision is carried through to final delivery.