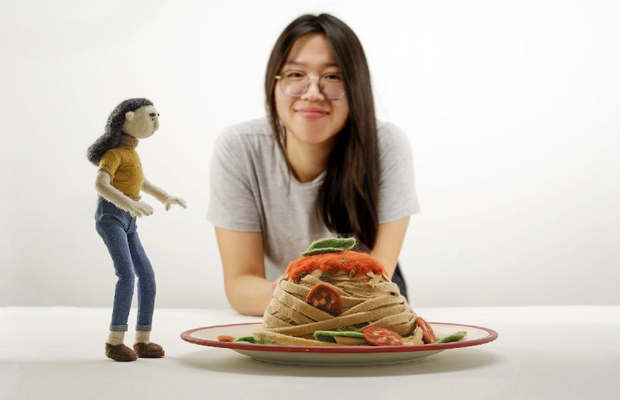 Siqi Song is an Oscar-nominated director and animator from China, currently based in California. The films she has written and directed have been screened internationally at many film festivals, including Sundance, SXSW, Annecy, Ottawa and more. She was named a Film Independent Directing Fellow in 2018 and a BAFTA Los Angeles Newcomer in 2019, and was nominated for an Oscar and an Annie Award for her short film 'SISTER' in 2020. Song studied at California Institute of the Arts and China Central Academy of Fine Arts. 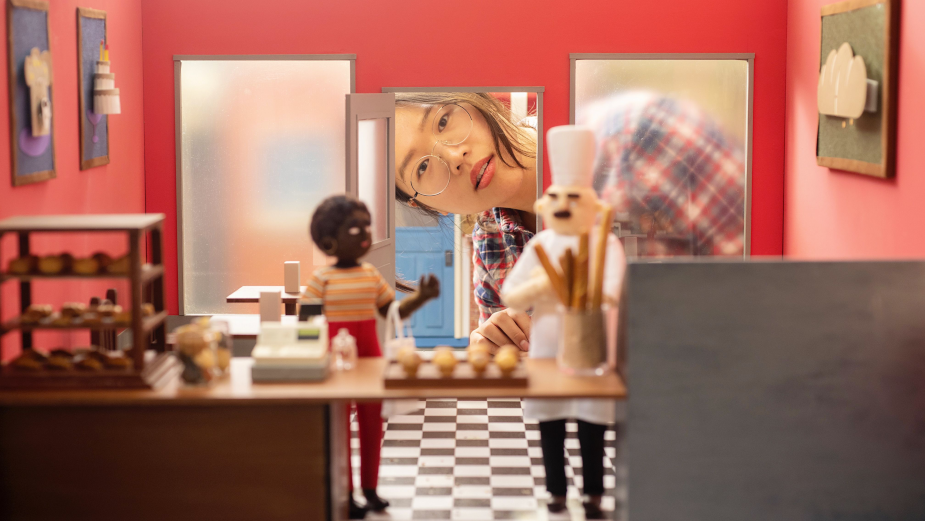 Q > What elements of a storyboard sets one apart from the other and what sort of projects get you excited to shoot them?

I like to choose stories that make me feel connected. Because it would be easier for me to stand in the characters’ shoes and develop ideas based on my experience. If I can truly sympathise with the characters, the audience will do too. The 'All in a Day’s Work' series was a project I was really excited about because it's about young startups and entrepreneurs. As a startup filmmaker myself, every story in the series can resonate with me in some way. So for me, this is a really good project to work on.

Q > For you, what is the most important working relationship for a director to have with another person in making an ad? And why?

I think the agency is the most important working relationship for a director to have in making an ad. They tie the clients and the talents together, hear from and talk to both sides. It’s important that we communicate well and keep being on the same page when making creative decisions and considering the clients’ requests at the same time.

Q > What type of work are you most passionate about - is there a particular genre or subject matter or style you are most drawn to?

I’m most passionate about stories based on real people from true life. I think life is already fascinating enough, oftentimes, the true stories I heard or experienced go beyond my imagination. I would like to bring those meaningful stories to the broadest audience possible through films.

Q > What misconception about you or your work do you most often encounter and why is it wrong?

People always ask me if I only make stop motion films, and define my work based on the materials I use. I think it’s a misconception because stop motion is a type of animation technique, like 2D animation or CG animation, not a genre. Stop motion films can be documentaries, dramas, comedies or horror films. I think finding the techniques that can best advance the story is important for a filmmaker, we shouldn't just limit ourselves to one technique.

Q > What’s the craziest problem you’ve come across in the course of a production – and how did you solve it?

I think for all the filmmakers this year, the craziest problem would be the pandemic. Compared to live-motion films, animation in general has been less affected by the pandemic. But unfortunately, stop motion is the only type of animation that requires animators to physically work on site. So, in order to continue the production, we had to reduce the number of [people in] the crew, in the studio, and took precautions while filming. We finished the shooting in 10 weeks. During the time, I multitask on most of the production with the help from another animator and a DP. After the shooting was done, we did all the post-production remotely with sound designers, voice actions and composers.

Q > How do you strike the balance between being open / collaborative with the agency and brand client while also protecting the idea?

I think the key to keep the balance between those two is communication, explaining to the agency and brand clients the logic behind the ideas, and why I made such creative choices. At the same time, being open-minded to the agency and the client’s feedback and suggestions. They have other things to consider when making the notes - such as the market, consumers, or the company’s business plan that I might not be aware of.

Q > How do you feel the pandemic is going to influence the way you work into the longer term? Have you picked up new habits that you feel will stick around for a long time?

I think the pandemic alerted us to always be prepared and flexible when making films. Being adaptable to any situation that occurs in production.

Q > What’s your relationship with new technology and, if at all, how do you incorporate future-facing tech into your work (e.g. virtual production, interactive storytelling, AI / data-driven visuals etc)?

For filmmaking, especially for animation making, technology plays an important role in all aspects of production. Always keeping up with the new technology and new media is part of our jobs, it could enhance our productivity as well as creativity. As a storyteller, the story is still the core of each of my films. If any technology can help me better deliver a story to the audience, I’m definitely interested in incorporating it in my work.

Q > What are the next steps in production once you have a completed storyboard? (the process of storyboard to screen?)

The next step after a completed storyboard is animatic - an animated storyboard in movie form, sometimes with preliminary soundtracks and music. Then the films go into full production - fabrication, animation, post-production, and sound mix.

Q > What are the best ways for aspiring filmmakers to learn as much as they can? (ie. film school, interning, mentorship, etc)

I think the best way for aspiring filmmakers to learn is to do the most obvious - keep making films. Nobody can make a perfect film on their first try, but learning from the success and mistakes in making each film will help them get closer to perfection.

Q > If you had the opportunity to remake a classic film, which would you go for?

Metropolis. Maybe because of its low frame rate and surrealistic settings, this film always feels very animated to me. It’s been almost 100 years since it’s been made, I think it would be interesting to see a remake of this film from a modern point of view.

Q > Which pieces of work do you feel really show off what you do best – and why?

I think my short film 'SISTER' shows off what I do best. Because I had full freedom in making every creative decision, from the story to the crafts. Of course, the film has a lot of flaws when I watch it now. But I learned a lot from making that film, then I applied the techniques, mistakes, and experience that I learned to my later work.