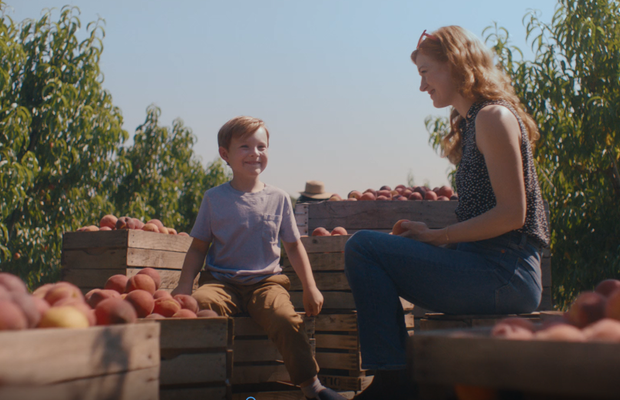 Independent, creative and strategic agency The Distillery Project (TDP) has created a new marketing campaign for Midwestern full-service specialty retailer Fresh Thyme Market that urges shoppers to ‘Get Real’ and find more authentic, healthy and affordable ways to make living better a reality. The work is launching Sept. 15th and will run through the holidays.

Fresh Thyme Market focuses on value-priced fresh, healthy, natural and organic offerings. Stepping into a Fresh Thyme market is an immersive, sensory experience. Exporting the feeling of being immersed in the sights, smells, and sounds of the brand became TDP’s creative mandate. The ‘Get Real’ campaign pays tribute to the efforts required to source high-quality food and products in a way that engages and excites both customers and the Fresh Thyme team.

The 60 second spot opens on a fisherman on the deep sea, then quickly shifts to a closeup shot of someone striking a match and lighting a campfire, a field of lavender, a truck full of peaches. The sights and sounds of these environments are so intense you can practically feel, smell, and taste the elements. The spot ends with the tag “As fresh as you can find—right in your own backyard.”

The campaign will also feature an original 30 and five 15 second. Media will run across the Midwest on cable and paid and owned media.

“There’s a lot of noise in the category,” said TDP’s strategist Eli Otting, “and I think people have been craving an honest voice when it comes to finding good, healthy food. This work shows people what authentic food actually feels like, and then brings them to the reality of being able to get it in Fresh Thyme stores.”

Fresh Thyme entered the surging, $20 billion health foods landscape in 2012. Over the last nine years, it has built an offering around fresh, organic produce, meat, and groceries that help customers throughout the Midwest bridge the gap between healthy and affordable. Fresh Thyme operates 73 stores in 11 states.

More from The Distillery Project