The Flexible Future of Work

Talent will find flexibility, with you or without you, says R/GA 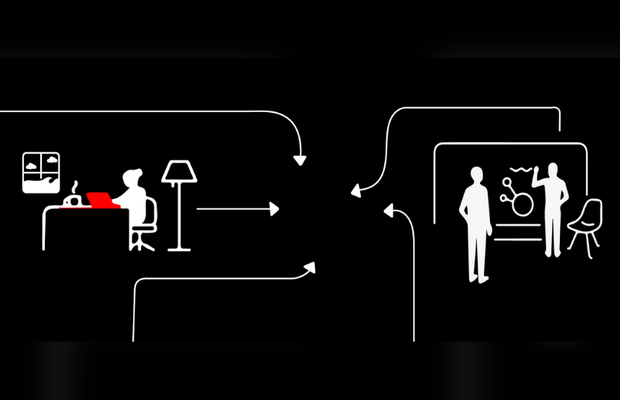 The shift to remote work during the pandemic was abrupt and universal. A return to the office is another story.

As companies gradually reopen offices, albeit with a cautiously delayed pace and uncertainty now due to the delta variant, some are allowing for employees to choose where they work while others will return to various office attendance mandates over time. After over a year of remote work, many employees fail to see why that’s necessary.

A recent white paper from Adobe and The Drum found that 56% of respondents, and two-thirds of creatives, expected to work mostly remotely going forward.

“The biggest thing I’m telling agencies is the dust hasn’t settled on what this is all going to look like, but I can say for sure nobody wants to be forced into the office,” Nancy Hill, founder of consultancy The Agency Sherpa and former 4As CEO, said. “And agencies will be making a huge mistake if they’re telling people they have to be coming back in.”

Talent Will Find Flexibility, With You or Without You

Hill said that at a time with fiercer competition for talent than she can recall seeing in the industry, and a wider trend of people leaving jobs which some economists have coined “The Great Resignation,” policies around work flexibility impact talent recruitment and retention.

“There’s no gray area here,” Hill added. “If you’re not flexible you will lose people. Be flexible now, let people come back on their own as they feel like they want to go back. If you force it, they’ll go somewhere else.”

After the prevalence of remote work during the pandemic, greater workplace flexibility is an inevitability.

Stephanie Nadi Olson, founder of freelance talent network We Are Rosie, said that workplace flexibility was “becoming table stakes,” even among organizations touting a return to a more traditional approach to office requirements.

Over time she predicted even more traditionalist companies would allow for exceptions for certain talent, with such exceptions gradually making it more difficult to justify restrictive policies.

“We have loads of people who are joining the Rosie community because they don’t anticipate flexibility, or [statements around workplace policy are] too ambiguous,” Nadi Olson said.

It's not just junior or mid-level talent leaving, either.

“Execs are leaving because they can’t keep a straight face and support [inflexible policies],” Nadi Olson said. “There’s so much opportunity for people. So if a company is not going to provide it, they’ll go get it elsewhere.”

Independent Los Angeles agency The Many started to see the tides shifting back in January and realized that a major decision was ahead of them with the worst of the pandemic seemingly receding and vaccines on the horizon.

“We started thinking about where we can go from here: we could go back to where it was or forge ahead to a new future for everyone,” managing director, excellence Todd Lombardo said. “We realised we already made our choice.”

The Many held a series of sessions with employees, including breakout rooms for discussions, which found, as many employers have, that they had widely varying perspectives on preferred time in the office.

As R/GA global chief strategy officer Tom Morton wrote in an op-ed published by The Drum, “Hearing that 60% want to spend some time working in-person doesn’t equate to 100% working a three-day week in the office.”

Avoiding such an approach, which appears to be all too common, The Many’s leadership team instead developed a hybrid model letting employees enjoy the type of flexibility they have become accustomed to while working remotely.

The agency is doing away with standard 9 to 5 workdays and physical office requirements, not defining individual work hours and instead trusting employees to determine what works best for them and pursuing geographical equality between employees outside the area and those in Los Angeles. Employees will still need to align on meeting times, making communication with managers and team members paramount.

“We asked the company to agree to a new social contract,” Lombardo said, with guidelines and communication around expectations guiding the process rather than strict requirements.

“We’re not going to write a million rules” he added. “We’re going to hire creative people and empower [them] to make decisions.”

According to Lombardo, The Many grew to include employees in 15 locations around the country. The flexible approach aligned with this expansion, preventing the agency from inconveniencing or losing this talent by demanding a relocation to the area, while allowing for potential further expansion.

“It was a moment, a pause to say we are willing to jump into this and not know what’s on the other side,” McGarrah Jessee CEO Britton Upham said. “We announced it…and then we figured it out. Once you say you’re going to do something, you have to figure out how you’re going to do it.”

Upham said the decision was driven by both employee mindset and the agency’s desire to attract the best talent. Of the 125 or so people employed by the agency now, he said around 70% live in the Austin area, with the remaining 30% scattered across some 26 different cities, compared to virtually all employees living around Austin before the start of the pandemic.

The agency realised “if we move fast it can be turned into an opportunity,” Upham explained, at a time when there’s more competition for creative talent both from within and outside the agency ecosystem.

“We’re competing on so many different levels,” he added. “In order to play with the best talent we’re going to have to be really flexible.”

The varied perspectives provided by individuals across different cities and communities gives the agency a wider worldview. Upham said that hiring talent from other cities without requiring a move to Austin also helped McGarrah Jessee become a more diverse agency over the course of the past quarter.

“Our solutions are for national brands and need to resonate all over the world… the best insights come from living it and being in those communities,” Upham said.

“We have to find a way to build community and bond with individuals in different places,” he explained, characterizing the challenge going forward as maintaining a connected creative community as a more dispersed agency.

Allowing talent the freedom to work remotely, shorten work weeks at particular times and otherwise take a flexible approach can benefit everyone, especially those who have found their opportunities limited by inflexible expectations in the past – particularly parents and other caretakers. Such responsibilities have historically disproportionately impacted groups already underrepresented in senior roles across the industry: women and people of colour.

“So many of these people have been conditioned…to think ‘I shouldn’t go for the promotion or ask for what I need,’” Nadi Olson said.

“We’ve normalised all of this stuff in a way that will embolden people to ask for what they want,” she added “and removed the curtain from executives’ [excuses].”

The Many director, marketing and communications Amanda Cosindas shared how such flexibility allowed her to balance work and family responsibilities last year.

“I moved during the pandemic 3,000 miles across the country because I’m a single mom,” she said. “I’ve never felt more supported by a company to do what I have to do for the sake of my family.”

Those advocating for a mandated return to offices often cite the idea that innovation and creativity is lost without spontaneous in-person interaction, but Harvard Business School professor Ethan S. Bernstein told Claire Caine Butler of the New York Times that while office environments might provide more spontaneous conversations “there is almost no data” to support the idea that such conversations actually help fuel innovation or creativity.

It’s also worth asking how often the leaders advancing these arguments have questioned whether a reliance on such encounters excludes individuals from marginalized communities and reinforces existing biases. Wouldn’t it be more productive to examine how companies can increase innovation and collaboration for remote and in-office workers alike?

“One thing I do hope comes out of this is there is no longer any shame in someone saying "I have to go take care of [a responsibility outside work],’” Hill said, adding that flexible work can also help agencies be more inclusive by making it easier for those with mental or physical disabilities to work from home.

“Across the creative industry, we need to raise the return to the office from an HR issue into a chance to reset the future,” Morton wrote for The Drum.

The challenge with living up to these opportunities rests in agencies making a meaningful commitment to ensuring in-office and remote employees are truly given equal access to opportunities for advancement and recognition – something that will require ongoing vigilance, fresh solutions and a true commitment from leadership.

It’s not a new problem – as remote employees previously faced even greater challenges in being treated equitably. The answer isn’t to return to a variation on an old system that wasn’t working for everyone, it’s to build a better way forward.