The Future of Filmmaking: Virtual Productions Shot on MARS 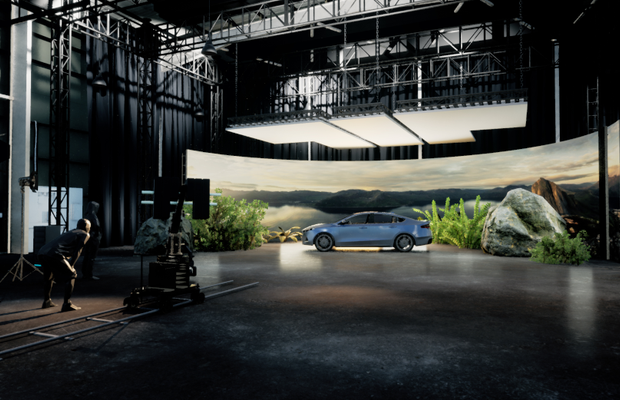 MARS Volume, Europe’s most ambitious purpose-built, permanent Virtual Production (VP) facility, opens its doors at a new site in Ruislip in West London today. MARS is the UK’s foremost dedicated commercial facility for virtual productions and a centre of excellence for research and development into VP technologies and workflows. MARS has been designed and built from the ground up by renowned media technologists and visual pioneers, Bild Studios.

MARS combines state-of-the-art video game engines, camera-tracking technology, the most powerful graphics-servers and LED screens to create a versatile and immersive performance stage. MARS is the perfect VP environment for film and high-end TV productions, in addition to enabling advertisers, games developers and other creative content producers with access to the very latest VP talent, technologies and resources.

MARS and Bild co-founder, David Bajt explains: “Virtual Production is an expansion of the traditional filmmaking playbook, enabling studios to pursue greater creative experimentation while controlling the time and cost of production. At Bild we have nearly two decades of experience working with tracking technologies, real-time content pipelines and the latest display technologies and our team has been instrumental in exploring and developing VP techniques already since 2016. The opening of MARS represents the next logical step forward for creative leaders in film, high-end episodic TV, gaming, advertising, music, fashion and other creative industries.

“Following our successful pilot of MARS 1 in 2020, it has become increasingly clear that the market appetite for Virtual Production has rapidly accelerated over the last year of the Covid-19 pandemic. MARS provides a full-service boutique solution for Virtual Productions, offering a competitive advantage to both traditional and disruptive content creators, across projects of all sizes and budgets. This new permanent facility offers the very latest game-changing real-time VFX production tools and technologies, with the option to create a 270-degree in-camera LED screen up to 38.5m x 5.5m, a 176 m2 out-of-camera ceiling LED screen and a 1400 m2 facility.”

Virtual Productions shot on MARS will enable filmmakers to interactively explore and create photorealistic virtual worlds and characters faster and more resourcefully. VP leverages a range of new technologies and is a far more agile and cost-effective process compared with traditional linear production techniques, enabling filmmakers to visualize digital elements, live-action footage and virtual set extensions together in real-time like never before. The global virtual production market was worth $1,260.5 million in 2019 and is projected to register an annual growth rate of 15.8% from 2020 to 2027.

Commenting on the launch of MARS Volume, MARS and Bild co-founder Rowan Pitts explains: “Over the last two decades the team behind MARS has collectively worked on film, high-end TV, video and live experience productions for some of the world’s leading filmmakers, musicians, artists and brands. These include film and TV productions such as Detective Pikachu, Brave New World, Avenue 5 and Infinity; large-scale productions for Cirque de Soleil, MTV EMAs, Dubai World Expo, Madison Square Garden, and Eurovision, as well as concerts and tours for Beyoncé, Lady Gaga, Coldplay and many more. Bild recently announced a strategic partnership with Lux Machina, the global leaders in the VP space, known throughout the film and VFX industry for their pioneering work on The Mandalorian, Solo, Rogue One and many more cutting-edge productions, cementing our position as true VP pioneers.

“With today’s filmmakers and content producers under increasing pressure to increase the content yield they receive from film shoots, the technology on MARS promotes environmentally sustainable filmmaking that is future proofed in service to carbon-neutral objectives. As filming in remote locations becomes increasingly expensive and inflexible, visual content can be produced on MARS without the need to travel to exotic locations and our work can be carried out while maintaining the social distancing practices that have become so important over the last 12 months.”

Creativity has a new home. On MARS.