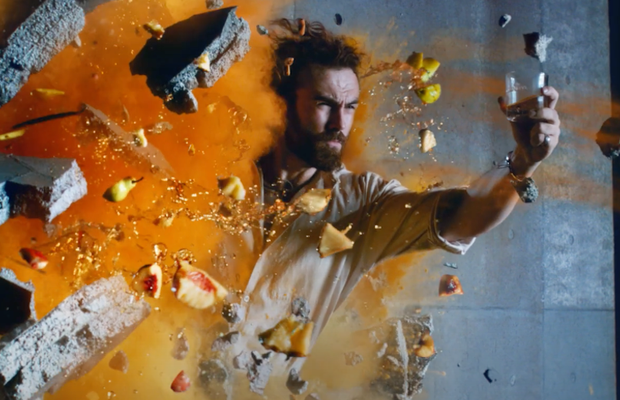 Seeking to open up the established single malt Scotch category, The Glenlivet today launches the next instalment in its ‘Original By Tradition Campaign, with a fast-paced journey through time where the strict norms and rigid traditions of whisky fundamentalists are rejected in favour of modern, inclusive ideals.

The new film from Crispin Porter Bogusky London, directed by Tom Noakes from PRETTYBIRD, builds on the mindset of ‘originality’ which has seen The Glenlivet breaking traditions to set new standards in whisky since 1824.

Rolling out globally across TV and digital, the film follows founder and true original George Smith, marching through life’s trials and tribulations (thanks to a giant 20-meter-long and 5-meter-high treadmill that literally serves up a series of challenges) to stay true to his vision for The Glenlivet.

From a sea of dour, crusty aristocrats – representing a time when ‘traditional’ whisky was harsh and smoky - to a wall of mirrors signifying the poor imitations that laid claim to The Glenlivet name back in the day, we see Smith push through them all, ‘never moving backwards’. Eventually emerging into a contemporary, vibrant bar scene we’re reminded that The Glenlivet legacy today lives on but now in thoroughly modern ways.

Tom Noakes, director at PRETTYBIRD, added: “The first Glenlivet film had us launch the founder, George Smith, through walls. Unsatisfied we had tortured him enough, this sequel had us launch the walls at him. Atop a treadmill. Smarter directors than me would have realised the insurmountable task of building sets atop a working 14 x 5-metre treadmill and leaned on vfx. But. I’m not that smart. So we did it in camera. Now I’m bald. It was fun though."

“Our new film celebrates the original thinking of our founder George Smith and the legacy he left us, that compels us to keep innovating and pushing boundaries in the category. We have brought to life Smith’s vision with innovations such as the much discussed The Glenlivet Capsule Collection, The Glenlivet 14 Year Old Cognac Cask finish and our most recent release, The Glenlivet Caribbean Reserve, finished in Caribbean Rum Barrels. Maintaining the original style of The Glenlivet whisky will always be our key focus and that’s why the whisky is the real hero of this film” said Miriam Eceolaza, director of The Glenlivet.

Dave Day, ECD at Crispin Porter Bogusky London added: “The difficult second album” couldn’t be more relevant here. After the success of ‘Breaking walls’, the first instalment of the Original by Tradition campaign, the bar was set fairly high.

So, this time around not only did we raise the bar, literally! We put it on a moving treadmill, along with a life size bothy, and men on stilts, surrounded in fog, with glass cubes and a 15ft high concrete wall! Difficult? yes. But definitely worth it.”

The film was shot on location in Slovenia this summer, in line with strict Covid  guidelines, and a cast of over 100 people.