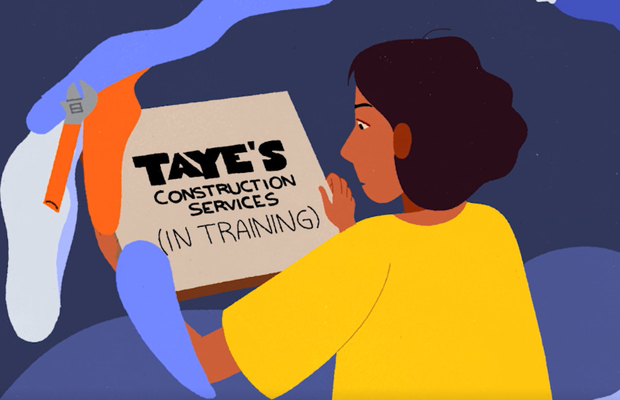 Through its initial $1 million investment, 100 Canadian youth who have experienced homelessness or barriers to employment will receive the training and social support necessary to work in the skilled trades.

“TradeWorx builds upon our work with community partners that provide emergency housing and social supports for youth, by connecting them with the training needed to establish lasting careers and acquire stable housing,” said Pamela O’Rourke, board chair, The Home Depot Canada Foundation and vice president of merchandising, The Home Depot Canada. “We’ve invested heavily in research and housing initiatives over the last eight years, and we know helping to break the cycle of youth homelessness requires an integrated approach, which we’re proud to start building with leading partners in this sector.”

TradeWorx is a program about empowering youth to create their own future with support that considers the complexity of youth homelessness – that it isn’t just about housing or jobs, but about wrap-around support and 360 solutions.

The campaign launched on September 27th, with an animated, spoken word spot, entitled Real Change. FCB partnered with Linetest, an award-winning animation studio that was equally passionate about the project and the tangible change that TradeWorx will create. Animation provided the team with the freedom to explore storytelling in a manner that wouldn’t have been possible through film. It also allowed for a story that speaks to the universal desire to overcome homelessness challenges facing youth and look to the future. Animation also helped match key visuals to the word play and energy of the spoken word piece.

Spoken word as an art form is often used to bring awareness to social issues. It has a way of communicating frustrations and challenges as well as hope and empowerment.  The VO was written by FCB and performed by celebrated Toronto-based spoken word artist, Desiree McKenzie, who understood the vision for the work and brought it to life with her unique interpretation of the art form.

“Through the collaboration of the entire team, from clients to the team at Linetest to Deisree, we all strongly believed in the Tradworx program and were excited to bring it to life,” said Les Soos, group creative director at FCB. “This campaign shows how a great initiative partnered with powerful storytelling can be a catalyst for meaningful change in the world.”

The campaign will be supported with 60, 30, 15 second OLVs in English and French, display, social, PR, and will run across all THD owned channels from .ca to email and partner sites.