The In Sound from Way Out: Power of the Natural World

Mateo Willis, a director at Annex Films, on the popularity of nature documentaries amidst the climate crisis 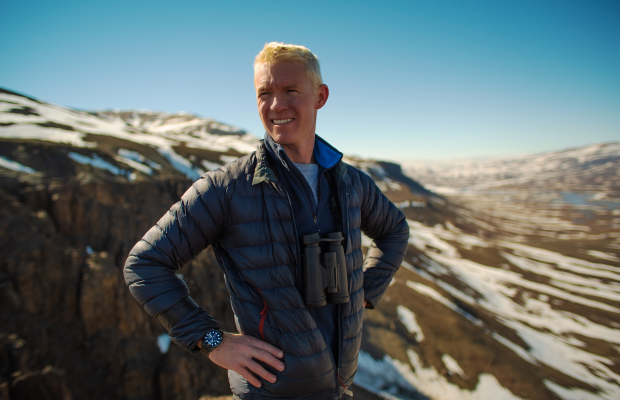 It breaks the internet in China. 80 million viewers download the series on its release.
14.1 million UK viewers for the first episode. The most-watched programme of the year.
More millennials watch it than watch X-Factor.
In 2017, was this significant, global television event a swords-and-dragon epic? Perhaps it was a spy thriller, each episode packed with car chases and rapid-fire back chat?
Neither. It was a documentary series about fish, presented by a 91-year old man in a slightly crumpled light blue shirt. Blue Planet 2.
For the last decade I have had the pleasure of working on most of the major wildlife series put out by broadcasters such as the BBC, Discovery, National Geographic and Netflix. I have had a ringside side (i.e. a vested interest) in watching how they have been received. For the most part they have rated well, but rarely become global mega-hits.
And then something changed. In November 2016, Planet Earth 2 was broadcasted on BBC One in the UK. The next day I received a text from the series producer with the viewing figures - far beyond what we had hoped it would achieve. This was only the beginning. As the series rolled out across the world millions watched it, driven on by word-of-mouth. It had reached critical mass.
Although social media, marketing and the existing Planet Earth IP all helped, there was more to its global success. I have only anecdotal evidence to go on but it seems public appetite and opinion of the natural world (a loose term that includes wildlife, the environment and climate) had shifted in the lead up to transmission. From a communications perspective it is worth understanding why this has happened and why wildlife films are now so popular.
Sitting at the top, no surprises, is the growing global environmental movement. With awareness comes a sense of ownership and responsibility. Whether it is melting ice in the Arctic or burning rainforests in the Amazon these disasters feel relevant globally. That feeling is important. Change is more likely to occur if there is an emotional, rather than intellectual, imperative.
With nature comes direct authenticity. Animals and the environment do not read the script (many a time I’ve wished they did). It is one of the reasons why David Attenborough, he of the light blue shirt, is consistently voted the most trusted man in Britain.
Wildlife films span age demographics. If a programme combines the right mixture of facts, drama, excitement, humour and spectacle then everyone is engaged, millennials included.
And perhaps most importantly these shows cross cultural boundaries in ways that other large-scale television productions do not. Merely by changing the language of the narrator viewers around the world can be transported into a realm of wonders. The natural world is not defined or constrained by race, language or nationality.
The trend is set to continue, the conversation continuously evolving. In April this year our creaking planet tilted on its axis once again. Within that four-week period the Bank of England issued a stark warning about the financial threat posed by climate change. Extinction Rebellion protests shut down parts of London. School strikes across Europe propelled Greta Thunberg to speak at the EU conference, where she castigated leaders on their inaction (and bravely continues to do so today). Netflix released Our Planet, backed by the World Wildlife Fund, to much fanfare, one of the most expansive wildlife series of the last decade.
Now the global environmental crisis has settled into the zeitgeist. There is less fear and a greater sense of imperative for it to be discussed openly. No longer are they dirty words, whispered in the dim corridors of broadcasters afraid of alienating their audience. Every major wildlife series I know of in production at the moment includes the subject as part of their editorial brief.
So if you are considering a pitch that involves the natural world, it’s worth remembering one point. The more this subject becomes part of our social consciousness the better. The more relevant it becomes in our increasingly urbanised society the greater the impact of every environmental message or collective action. Even if these concerns are not directly referenced within your campaign you are giving value to the natural world.
And at the moment it needs all the value it can get.
Mateo Willis is a director at Annex Films