The Marketer's Guide to Level Up in the Gaming Environment

Whether it's the audience of high-value, hard-to-reach consumers, wildly creative and successful in-game campaigns, or players discovering branded gamified content and really enjoying it explains Gameloft for Brand 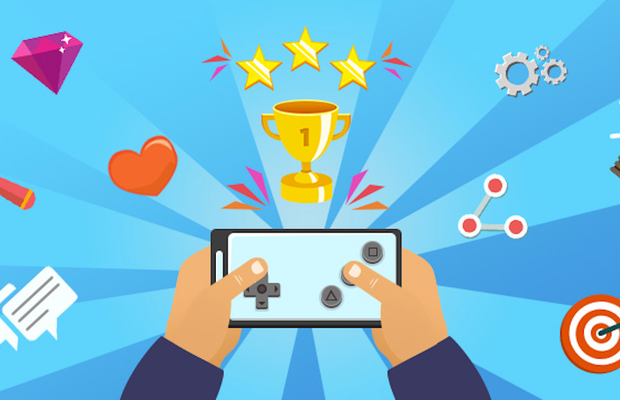 ​The year 2020 changed all of our lives; people are exploring new options to meet their needs, including entertainment. Of note, the increased time spent at home has skyrocketed video games even further into the cultural mainstream. Brands are taking notice, more than they ever have in the nearly 50 years gaming has existed. Whether it's the audience of high-value, hard-to-reach consumers, wildly creative and successful in-game campaigns, or players discovering branded gamified content and really enjoying it; there's no denying - this trend is real, growing, and only the surface of its potential has been scratched. With 20 years in the mobile gaming space and having empowered over 200 leading brands around the globe with gamified content and campaigns – we're here to share some insights when considering gaming for your brand.

In-Game Media: broadcasting your brand message to an engaged audience

The value and potential of in-game advertising is in the spotlight because of the massive audience playing games. Brands now know that gamers don't fit into one box; at 2.7 billion strong and growing, this valuable audience, when playing, is giving exclusive attention to games, particularly on their smartphones - accounting for around 35% of mobile screen time.

This gaming audience is close to equally split between male (54%) and female (46%) and are part of all generational cohorts, the biggest groups falling into Gen Z (37%) and Millennials (36%) according to NewZoo data. AdColony's 'The Modern Mobile Gamer' report states half of US adults play mobile games daily. These players are well educated with 51% having a Master's degree and are high income earners with an income of over $250,000.

Not only are the demographics of the gaming audience appealing, but their active consumption of media and state of mind are a great opportunity for brands to deliver their message and drive engagement. According to a Tapjoy study, mobile gamers are two times more relaxed, three times more focused, and 15 times more happy/engaged while playing than when on social media. And these happy gamers welcome ads. The Modern Mobile Gamer Personas 2019 study found that gamers are more than twice as likely to pay attention to advertisements placed in mobile games (41%) than ads on the internet (17%), in magazines (15%) or on billboards (15%). The same study found that nearly seven in 10 US consumers would rather give up social media apps or TV than lose their favorite mobile games.

Beyond the audience, the gaming environment is a unique advertising medium for its brand safe benefits. It's a closed environment, therefore there's no risk of ads appearing alongside user generated content. Mobile games are designed with no fold, ensuring 100% viewability in a way that few, if any other channels can. Beyond that, there are several measures advertisers can take to ensure their gaming partner meets standards of quality.

If a marketer's goal is to be where the eyeballs are, then it has to be in-game! In-game advertising offers reach and most importantly, a real opportunity to actively engage with an audience that's paying attention. To make the most of this moment, consider elevating your advertising with interactive content.

Gamified Creative: An interactive, tactile experience with your brand

If you're taking the plunge into in-game advertising, then like all channels, you'll need to consider the environment when creating your ad. Gamers are already interacting with their devices, so encourage them to engage with your branded content by including game mechanics in your ad. This could take the form as simply adding touch, tilt, and swipe motions to a video ad, empowering players to move the narrative forward, or incentivising players with in-game rewards for their attention. One of our favorites is the playable ad unit. This ad is a "mini game" designed with the brand objective in mind, ending with a clear call to action. We've found that nearly one in five players will opt-in to replaying this ad format simply because it's fun, making an excellent opportunity to reinforce a brand message whilst creating a positive association. If you're working with a game publisher then consider native advertising, integrating your brand into the game itself. This could look like in-game billboards, branded skins/avatars, in-game events/mission, and more.

These ad formats can go well beyond in-game too! In fact, some of the most notable campaigns leverage game mechanics to deliver a branded experience in or out of the game. These types of gamified content are being created for all sorts of companies across all verticals; whether it's groceries, entertainment, CPG products, alcoholic beverages, education, non-for-profits, and everything in between, gaming has a strategic role in their marketing efforts. Why? Because it works! People like games. It's a tactile, interactive experience with your brand that the consumers gets to engage with and control. As audiences become increasingly hard to reach in today’s noisy landscape, gamified content allows brands to deliver their message in a way that is less being sold to, more showcasing while delivering real entertainment.

As traditional sports were sidelined in 2020 and those of us in isolation found entertainment and social interaction in games, the drive to eSports accelerated for both viewers and brands. This audience is passionate and enthusiastic as well as highly engaged thanks to the nature of eSports's evolution. In-game chat, social media and Twitch allow spectators unprecedented access to other players but also to the competitors on their favorite pro teams. The community engagement of the eSports fan base is unprecedented, allowing them to interact within events in real-time and even directly communicate with teams and other fans to show their support.

The audience growth is impressive, with Statista projecting an increase from 495M eSports viewers in 2020 to 646M in 2023. As spectators are often also active participants in the eSports events there's an opportunity for non-endemic brands to connect with them in a meaningful, authentic way. The luxury brand Louis Vuitton famously created virtual fashions for purchase within Riot Games' League of Legends, along with a custom carrying case for the League's championship trophy that reflects the design language of Vuitton's high-end luggage pieces.  The partnership is a great example of how brands can reach eSports viewers not only through sponsorships and in-game native content but also by getting creative, lending their brand values and aesthetics to the fan experience.

For brands looking to dip their toes into eSports and benefit from its audience and growing popularity, mobile eSports is a growing niche which offers plenty of opportunities to get in the game. This niche is growing due to its low barrier to entry (smartphone and Wi-Fi access) and the variety of games available to compete in, some being easy enough to quickly understand and pick up. The variety of games also means brands can select titles that match their objectives and values. For example, at Gameloft, our popular Asphalt franchise is a highly competitive, non-violent racing game. Our partnership with ESL offers brands advertising opportunities at events or the ability to integrate branding into the game, whether through native advertising, sponsored tournaments, or sponsored in-game items.

The next evolution of eSports is cross-platform, with PUBG, Fortnite and Call of Duty demonstrating that a competitive PC game can be successfully implemented on mobile devices for even broader audiences. As new 5G wireless networks roll out in the coming year we'll see more robust mobile games streaming with better features, less latency, and a seamless, lag-free multiplayer experience. Soon brands will be able to engage with eSports fans on the go, at anytime, anywhere.

As brands wake up to the opportunities and potential of gaming, we will see more innovation and creativity whether in or out of the game. With so many ways to get involved what is most important is to determine the alignment between your brand/offering and the audience you're trying to engage. Working directly with a trusted gaming partner allows for a deep understanding of players, how to translate brand objectives into gamified content, and how to deliver that content effectively, in a non-intrusive way.

The best is yet to come for the gaming space! Connect with us if you'd like to learn where to start.