The Melody of Everyday: Walking the Fine Line Between Music and Sound Design

Paul Riggio, creative director/partner of Groove Guild, on why music and sound design are powerful tools in the arsenal of creative storytelling 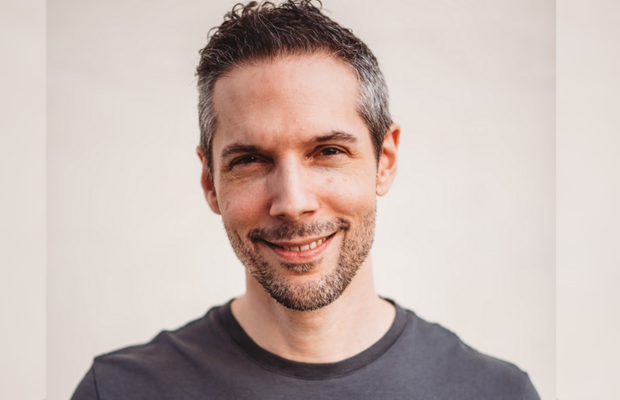 While music has a distinctly emotive quality that allows feelings to reverberate long after the final note, carefully crafted sound design can shift the emotions of a listener while transporting them to a specific time and place. For many, music has served as the pinnacle of artistry in the audio space, with delicately composed arias and moody sonatas heralded as the markers of creative excellence. But if you step out of your front door - whether you’re a city dweller or a country faithful - if you close your eyes, you can experience a symphony so unique that the harmony of that single moment may never be heard again. While a taxi honking, a dog barking, or even a drop of a pen on a wood floor may seem like mundane or even bothersome sounds of our everyday lives, they are the makeup of the soundscape we associate with the experiences that make up most of our days and therefore hold a deep emotional significance alongside them. This is the power of sound design.

As someone whose background has spanned roles as a composer and sound designer, I’ve certainly had my phases where I ranked one designation over the other. But as I’ve begun to pivot between the roles, I’ve come to appreciate the delicate balance of the two and have found there is often quite a blurred line between them. When I began my career, beyond recording a scene’s missing sounds myself (AKA foley), there was a seemingly finite library of sounds that one would pull from a CD (let’s just say that it wasn’t an earlier iteration of technology) that would make up the sound design on a given project. The composition would be crafted to cue the mood and emotion of the piece and the notes of the necessary sound cues would be added on top of that to create the appropriate atmosphere. Today, with a much more expanded view on the art of sound design, I believe that where the music ends and sound design begins can often be a murky distinction, oftentimes with both parts working in sync to create the aural language for the creative work at hand.

While music composition has a seemingly endless array of possibilities, it is truly finite, with a cap on the number of melodies that can be woven together, but we generally think of the combinations as limitless. Similarly, in sound design, the organic sounds we encounter in our daily lives may seem fixed, but the array of nuanced tones found between clocks ticking and birds chirping with the inclusion of audio manipulation and synthesis can create a tapestry of sounds that evoke a more vivid mental image than even the most entrancing song. Sound can function like clay, molded into anything the person wielding it can imagine, perhaps resulting in a functional bowl like a door closing or a fantastical sculpture like the carefully blended soundscape of a beautiful beach day in your childhood vacation destination on the beaches of Titan. Ultimately, sound design can be unlimited, depending on the rules that you apply to it.

While there is a vast array of possibilities for sound design in the organic noises in our environment, there is also a great deal of opportunity to infuse music into sound design to create even richer and more emotive sounds. Music can be altered and explored in nontraditional ways in order to create sounds that are grounded in music, but are heard externally as environmental sounds. This approach not only blends music and sound design, but it also is a powerful tool for crafting soundscapes for fantastical and conceptual narratives.

A carefully crafted film composition with thoughtfully woven themes that pull together the motifs of the narrative and artfully navigate the arc of the storyline can truly elevate a story to a much more visceral place for its audience. While many of us have a deep passion for music and create soundtracks for our own days, the average person doesn’t typically “stop and smell the roses” when it comes to the subtle sounds and vibrations that complete the full sonic tapestry of our surroundings. When I’m in the throes of a sound design project, I’m an eager student roaming the outside world, basking in the wonderment of the unique sounds in my environment that I perhaps had never heeded. The crisp opening of a newly installed window with a fresh seal or the metallic reverberation of a fork dropping in a stainless steel sink can suddenly take on a life of their own and bring a rich dimension to composition and help paint the full story aligned with the visuals. My trusty synthesizers, mostly used for modern harmonic color or thick basses, are transformed into a limitless array of sonic gouache, ready to paint sound from sawtoothed waves. My voice is also transformed into an endless source of raw material to be digitally sculpted into almost anything I choose it to be.

The power of sound design is something that has touched most of us without our own recognition. If you’re an owner of an Apple product (and I’m sure most of you have dabbled, if not become fully addicted), you may have not taken a moment to appreciate the careful attention paid to uniting a consistent sound and feel to the haptics when navigating through the screen. This highly intentional sound design not only creates uniformity across their suite of products but also helps to guide the user experience to allow for more seamless use across devices.

Both music and sound design are powerful tools in the arsenal of creative storytelling and are both categories that I feel have a vast range of exploration before them. Instead of exploring the limits of either, it can be more exciting to peer into the monumental possibilities that exist at the nexus of both. It’s only just the beginning.

There Ain’t Nothing Artificial about (The Value Of) Music Intelligence