Sergio Lopez, chief production officer for UK & EMEA and UK & EMEA CEO of CRAFT Worldwide, outlines what production companies have to offer young directors, and what those directors can expect to gain in return 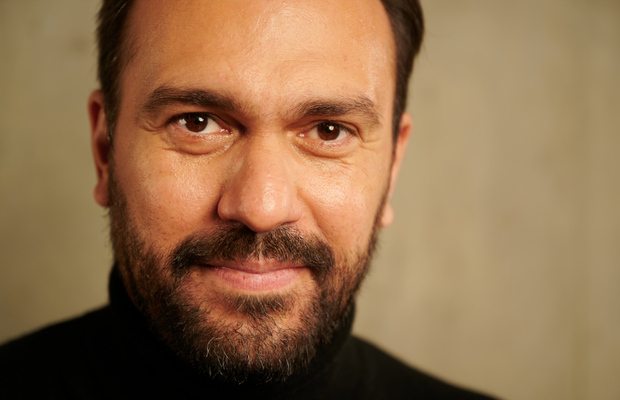 As a director, when do you know that you’ve ‘made it’ in this industry? For many I’ve spoken to, that feeling can sneak up on you - you’ll be deeply engrossed in work and suddenly realise that you’re filming an Adidas spot, for example. Others, however, identify a clearly earmarked, obvious, and visible measure of success in filmmaking. And that is awards shows.

It’s one of the key reasons why awards shows are so important. As well as being moments in time that show what our industry looks like, they also signpost the next generation of talent. For those in decision-making roles at agencies and production companies, awards shows are a useful indicator of who to keep an eye on. Or, at least, that’s how it works in theory.

In practice, things don’t quite tend to work like that. As I mentioned in my previous column, we generally find the same names cropping up again and again at awards shows. That’s not inherently bad - these companies and directors consistently do well because their work is worthy and they’ve developed a company culture in which great creativity thrives. It’s good that established directors are rewarded for their career of hard work with a platform on which to showcase their talent. To that extent, the system works.

The democratization of technology has made the pool of new directors thrive and social media has given them the ability to share their work. You would think, therefore, that this is the perfect time to be ‘up and coming talent’ - but far from it.

Formats like music videos used to be the way that new talent developed, but production companies are struggling to invest because of the pressure on budgets. Even if they did, there isn’t a mainstream channel ever since MTV shifted from music videos to reality TV.

So, what can be done?

Let’s take a moment to consider the position many young directors find themselves in right now. Regardless of any long-running cultural issues in the industry, they are also contending with a pandemic which has been cutting the number of available projects as well as taking away the opportunity to network in-person.

Against this unhelpful backdrop, however, we have still been witnessing young directors shine. That’s because conditions in the industry are forcing young directors to be more open-minded, more creative, and develop their own network of makers who can bring a project to life. Many of the best young directors have the skills and contact book to bring a film from idea to reality perfectly independently of a production company. We’re particularly seeing a lot of great work from them in digital and online, where snappy, unique, and eye-catching content is the order of the day.

It’s probably true to say that the next generation of directors will resemble something of a hybrid. They will likely blend the skills of a traditional director with a producer who has the know-how needed to bring ideas to life. And so - far from bemoaning their luck at not getting signed to a big production roster - many young directors are asking if they will even need a production company at all.

This is a key tension point within the modern industry. Ultimately, however, it’s tension that drives innovation and change. We have a situation where upcoming directors are looking at production companies and thinking ‘I can work faster than this, I can be self-sufficient’. For the existing production ecosystem, that should be seen as a challenge to rise up to.

In order to be relevant into the future, production companies must make a convincing argument as to why and how they can add value to the careers of the next generation. What are we bringing to the table?

In a sentence, production companies offer scale and expertise. We can help directors go beyond their rolodex. I remember working recently with a new director, and I asked whether the people they were working with were the right choices to bring onto this particular project. They asked me what I meant, like I was attempting to speak a foreign language. I suggested that we could bring in Colleen Atwood, the multi-award-winning costume designer - and the director was baffled. She had no idea this world was open to her. But that is precisely the kind of value that a production company can bring in order to elevate work - and by extension careers - to a new level.

Whilst the consistency of the awards circuit may make production feel like a closed shop for new directors, it’s in everyone’s best interest for that not to be the case. For production companies, young directors can offer the creative impetus and skills needed to stand out amidst a changing marketplace. For young talent, production companies have access to the kind of scale and expertise which can help you to realise your potential.