A look into talented composer Matt Sheeran’s exclusive new signing, collaborations with his brother Ed, and unplugging from tech 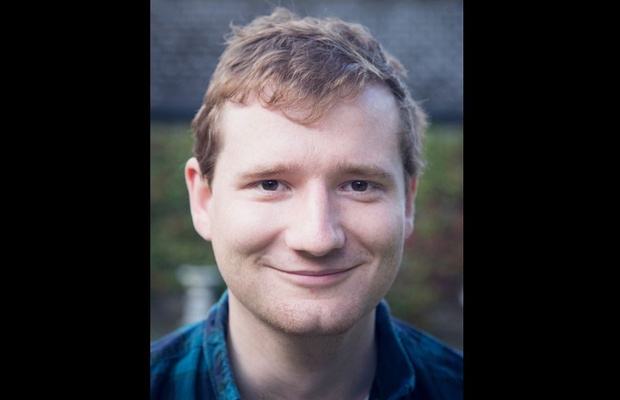 Most of us are familiar with British singer-songwriter Ed Sheeran, who is regularly sweeping the popular charts, but there is another Sheeran who is dominating the music scene under the radar: Matt Sheeran.
A highly accomplished musician in his own right, the brother of pop star, Ed, is one of music’s best kept secrets. The classically-trained composer already has numerous impressive projects under his belt. Equipped with sought-after composition skills for crossover commercial success, in recent years he has been busy reworking chart-toppers such as Stormzy’s ‘Blinded by Your Grace’ and Ed Sheeran’s ‘Perfect’, as well as arranging scores to promote Oscar-winning film The Shape of Water and Russian series, Viking.
With the new announcement that Matt has signed exclusively to BMG, it’s likely that we’ll be hearing a lot more from the talented composer in future. He is the first composer to join the full-service sound agency for publishing across both the commercial and production music divisions.
Speaking on the news, Matt says: “I always planned to go into composing for commercials and films after university. This was an opportunity that presented itself. I saw three different publishing companies that were all really good, but BMG was really exceptional. It wasn’t a difficult decision. It definitely felt like the right place to go."
Growing up in a musical household, it was amidst this creative environment that Matt’s fierce talent and drive first took root. Starting as a boy soprano in a local church choir when he was just six-years old, he began to take his interest in classical music further as a teenager, composing violin pieces. As a university graduate, he taught himself the technical skills necessary to get by as a composer.
Equipped with impressive credentials that belie his young age, Matt, is now based in Bristol - a fitting choice of city for his crossover ambitions. Bristol may be famed for its numerous commercial musical success stories but it is also home to a large TV and media presence. In fact, nearly all of BBC’s world-renowned Natural History programming – such as Planet Earth II - comes out of Bristol.
Matt is quick to praise the city’s rich dual musical heritage. “It’s such a cool place,” he gushes. “BBC’s Natural History Unit is based here and there are also legendary bands like Massive Attack and Portishead who are from this area.”
Increasingly, Matt’s career has seen him shift skilfully between a wide variety of projects – applying his talents to chart hits, film scores, and adverts alike. Speaking on how he adapts to each brief, Matt says: “It really varies depending on the project. You don’t always have the luxury of looking at visuals, so you have to imagine them or find something visually similar, or I can do it in sheet music or using samples. It’s much easier with musically trained directors, as they already have the right vocabulary to ask for what they want. But even if they’re not, you always get there in the end through trial and error.”
The past few years have seen Matt work commercially with his brother, Ed, co-writing a new version of Ed’s UK Number One, ‘Perfect’. The resulting single, ‘Perfect Symphony’, sees Matt add strings orchestration alongside the vocals of Italian legend, Andrea Bocelli, while the music video has amassed over 150 million views on YouTube. Most recently, Bocelli and the Sheerans reunited for ‘Amo Soltano Te,’ a track found on Bocelli’s newest Number One album, Si.
On the production side, Matt has worked with renowned composer, Dean Valentine, (who is also on the BMG roster):
“Dean’s a really talented composer and he’s well known for composing trailers for films like Dunkirk,” Matt explains. “We have the same agent, who hooked us up on an epic, Russian, Lord of the Rings-type series called Viking. Dean lives in Dublin so we initially spoke on the phone for hours. Then, I flew to Dublin to record the orchestra for the trailer music with him. We also orchestrated some of his other trailers, one of them being the Spanish trailer for The Shape of Water. We work well together and we can bounce ideas off each other, so I can definitely see us collaborating more in future.”
With another Bocelli track and other exciting collaborations in the pipeline, it looks like Matt is set for his biggest year yet. But you won’t find him distracted by the hype on social media. As smartphone usage increasingly dominates our daily lives, especially amongst younger people, Matt bucks the trend entirely: “I don’t have a smartphone so I spend a lot of time thinking,” he admits. “Situations like when I’m waiting for a bus can actually be helpful for getting musical ideas. I was listening to a really interesting interview with Zadie Smith recently on a BBC podcast. She doesn’t own a smartphone either, for similar reasons, so she can focus on her writing and not get distracted by Twitter. Ed doesn’t even have a phone so he can spend more time thinking. He loves it because he doesn’t get hassled.”
Matt treads rich new ground as the first composer to join BMG for publishing across both the commercial and production music divisions, and if his explosive talent is anything to go by, he may not remain a ‘hidden’ hitmaker much longer.