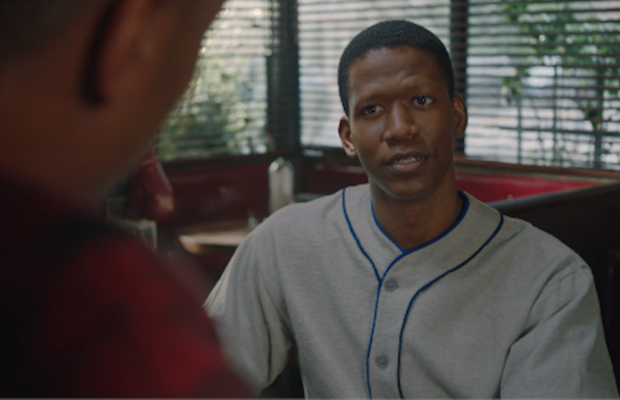 We go about our daily lives without much thought to the history behind inventions large and small, from the ice cream scoop to modern-day Democracy. The HISTORY Channel and creative agency/production company Valiant Pictures turn the seemingly every day on its head in a fun campaign where unsuspecting citizens meet the historical counterparts who made their lives what it is today.

​​​​In these repeatable vignettes, historical figures appear in modern settings as a comedic device to reveal History’s most intriguing true stories, hidden in plain sight. The campaign aims to target a younger audience--situating each spot in places the viewer may see themselves--with an approachable, modern and entertaining brand perception.

Through the ads, directed by Valiant Pictures co-founder Vincent Lin and director Danny Corey, audiences meet Alfred L. Cralle, inventor of the ice cream scoop; Mary Anderson, inventor of the windshield wiper; and baseball legend Jackie Robinson, World Series phenom and master bunter. Never mind how they rolled into a backyard birthday party, the passenger-side of a car, or the town hall voting booth--all viewers need to know is why they have access to the oft-unacknowledged origins of modern marvels. The rest is history.

Notes Vincent Lin, co-founder/director at Valiant Pictures: “One of the main challenges to reimagine a brand that is so ingrained in all our minds with such rich history, pun intended, and resonance, is to leverage its strength — the knowledge and credibility the network brings that drives all of us to explore and wonder. But, by the same token, embrace an inviting, modern, and relevant approach that builds towards exciting possibilities. We are eager to introduce many more memorable historic figures in the future -- after all, they were the original influencers.”