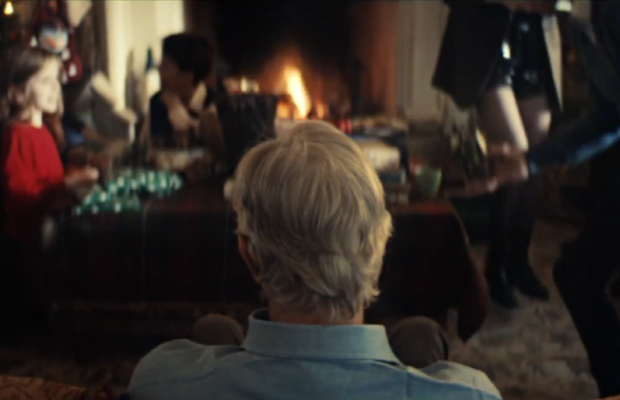 In 1960, Tom Monaghan established Monaghans Cashmere, a family-run business which has tackled recessions, hardships and ultimately had to close its doors for the first time in 61 years, due to the Covid pandemic. Much like many other retailers, the past couple of years haven’t been easy, but Banjoman’s director Dermot Malone was determined to showcase the brand.
Spanning over a Christmas, the campaign explores what it’s like for a widowed man to celebrate the holidays without his wife. While everything seems fine, the moment the elderly man sees a broken frame with a picture of him and his late wife, the grief comes flooding back and he retreats to the stables they shared. In a touching act of kindness, his grandaughter realises the root of his sadness and uses his old favourite jumper to remind him of happy memories that keep him going through the festive period.
Dermot took the time to speak to LBB’s Nisna Mahtani about the process behind the touching video that was inspired by Tom Monaghans, and created to keep the knitwear and cashmere brand going this Christmas.

LBB> We’d love to hear about your personal connection to Monaghans Cashmere, can you tell us about it?

Dermot> Monaghans Cashmere has been in my psyche ever since I was a child. It's a legendary shop that's always been there - my dad and even my granddad would shop there.
On a Saturday, my Dad and I would go into town and Monaghans was one of the places where we’d go. My Dad then became friendly with Jim Monaghan - Tom Monaghan’s son - who was running the shop at the time, and we became family friends. So, it's always been a legendary institution for me that I really love.

LBB> What was the initial brief behind the campaign and how did it inform the way in which you created the ad?

Dermot> Suzanne (creative director and designer of Suzie Monaghan Cashmere) and I met in Monaghans, and she wanted to create a film that was almost like a Christmas commercial for adults. They’ve been in business for 61 years, so she wanted to create a legacy piece that would pull at the heartstrings and tell a story of family love. Then we discussed loosely basing it on Tom Monaghan’s actual story, and the film just bloomed out of that.

LBB> The campaign is somewhat based on Tom Monaghan and his story, why was it important to use him as the main character?

Dermot> It's only loosely based on his story, but Tom's wife did pass away two years ago and it was very tough for the whole family. And, obviously, he set up the shop. He’s a big character and a legend around the area, so his story informed what could be an authentic, emotional Christmas story of a family love. 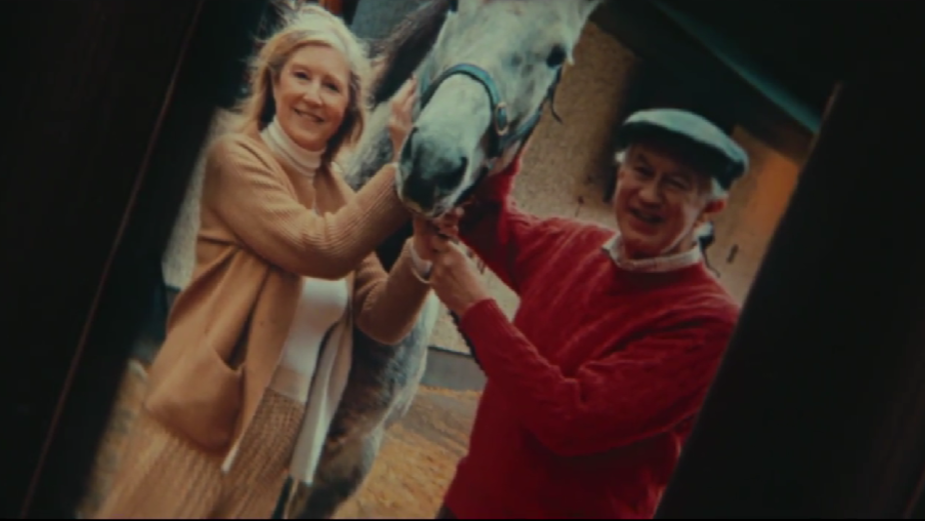 LBB> The campaign is subtle in its use of colour, particularly when it comes to the scenes with Tom’s late wife. Why did you choose this style and how did it support the story you told?

Dermot> When you’re presenting sequences in another timeline, you need to make it clear for the audience, so I wanted it to feel dreamy and ethereal. We used different lenses for each timeline: the main piece was shot on anamorphic lenses, while the flashback sequence was done using these beautiful spherical lenses.
We also pushed the colour grade a different way to the main film to make it dreamlike. I was actually inspired by the amazing visualisation sequences in Dune!

LBB> With no dialogue, the visual storytelling carried the story beautifully. How did you combine this with music to create a journey for the audience?

Dermot> Last year, I did a lot of Christmas commercials where we had location sound and straightforward storytelling. With this film, I wanted to do something different, to talk in a different language. As it wasn’t going on TV, the film could be longer, which gave us the opportunity to make it more like abstract art or a music video. I felt like it would be really nice to do pure visual storytelling on it. And then Michael MacLennan, who’s a friend of mine, was very good as to give us that song. So it came together very naturally, very quickly.

LBB> Were there any challenges when it came to the filmmaking and editing process?

Dermot> Not really! In terms of editing, Rob Haggerty was the editor, and he's a very good friend of mine. We work together really well, so the whole process was as joyous as ever, trying to find the best way of telling the story with the footage we collected.
The filmmaking was also a really enjoyable experience. There was no pressure from Suzanne and the Monaghans - they just trusted us with everything. The Monaghan family were all the extras in the film and we shot it on their family farm, which was lovely. Everyone was in it for the right reasons and the same reasons. So, I’d say there were no challenges whatsoever!

LBB> What was Tom’s reaction to the finished campaign when he finally saw it?

Dermot> Tom hasn’t actually seen it yet. What we're going to do is play the film on the front of the actual shop next week, and bring Tom in to watch it there for the first time so we can capture his reaction. We're hoping he'll be really, really happy with it.

LBB> Would you like to tell us anything else about the campaign?

Dermot> I think it’s special because it’s a Christmas commercial for a small Irish brand which we’ve made from the goodness of our hearts to try to give them a tool to increase sales at Christmas, and we’ve based it on a legend in Dublin retail. It's not just trying to sell a product - it's got a deeper meaning to it, and it's something that I hope the brand and the family will use for many years to come.