The Story of Ginny Bahr, Who Is Retiring from JWT and Wunderman Thompson After 69 Years

As her agency celebrates its longest ever serving employee, 93-year-old Ginny speaks to Addison Capper about her career and the changes that happened along the way 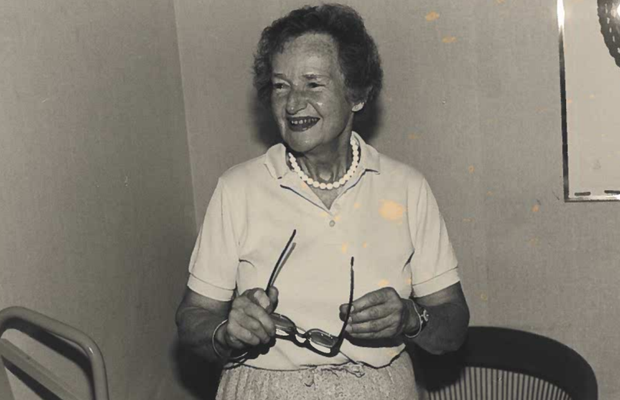 At the backend of 1951, a young Ginny Bahr applied for a job at J. Walter Thompson New York. “I wanted to sneak in a job before the holidays so I could get one more paycheck,” she tells me humorously over Zoom from her home in the New York suburbs. “I’m being honest!”
Ginny stuck around a little longer than that solitary Christmas pay bump and, at the age of 93 and after a 69-year tenure, is now retiring as J. Walter Thompson / Wunderman Thompson’s longest standing employee ever. She started out as a receptionist in 1951 and has since served as secretary to a number of past VPs and CEOs. She worked on a range of accounts including Ford, PanAm, Shell, and Rolex. She has taken the same train and bus to work in Midtown Manhattan every morning and night for her entire, incredible career.
“It was the people,” she replies to a question about what convinced her to stay so long at one company, especially in the typically topsy-turvy advertising industry. “It’s a very friendly company. I had no problem mixing with any of the people. Of course it depends on where you sit! But I had a very good spot.”
Despite Ginny’s affirmations that it was her employees that kept her around so long, it becomes clear from speaking to people that worked with her that she was particularly renowned for making her co-workers feel welcome and happy. “She’s a true original and an icon in our New York office,” reads an informal note from the agency on Ginny’s retirement. “She is a woman dedicated to making relationships, being of service, and helping others with their careers, and she never, ever wants to give up… You could say she was the original ‘Mad Woman’,” it adds. (You can hear more tributes to Ginny in the below video that Wunderman Thompson put together to mark Ginny’s retirement.)
With that ‘Mad Woman’ quip in mind, I ask Ginny of her experiences working as a woman through the very thick of the stereotypical Mad Men era. “Well, honestly, I'm not very racy!” she answers cheekily. “No, I guess I’m very plain, it wasn’t particularly exciting. I like people but unfortunately, I haven’t had any relationships - that might have changed my opinion of things! I’m pretty straight laced but I enjoy life and all types of people. And that’s what you find in an advertising agency - all different types of people.”
An intriguing element of our working lives is that so many pivotal moments in lives - births, deaths, family engagements, and so on and so forth - tend to happen not in the comfort of our homes but at the comfort of our desks. Ginny has lived through a lot of those during her 69 years at JWT / Wunderman Thompson (which she amicably calls “Thompson” throughout our chat) but there’s one that sticks out considerably more than others. “The boss that I was sitting with at this time sat off the reception desk, about 35 feet from the main aisle that leads to the reception desk. I sat by myself and my boss sat in the room next to me,” she says. “It was very quiet this one day and, all of a sudden, a cleaning lady came in but it was only in the afternoon so I questioned her why she was in so early. She said, ‘everyone has left the office, I’m surprised you didn’t go. Didn’t you know the President was shot?’”
Ginny was sat happily at her desk, none the wiser that President Kennedy had been assassinated earlier in the day and her co-workers had all gone home as a result. “It was chaos,” she says of the scene in Manhattan as she finally began her way home. “You’d think it had happened to them. People were looking for any kind of transport and everyone was just so upset.” 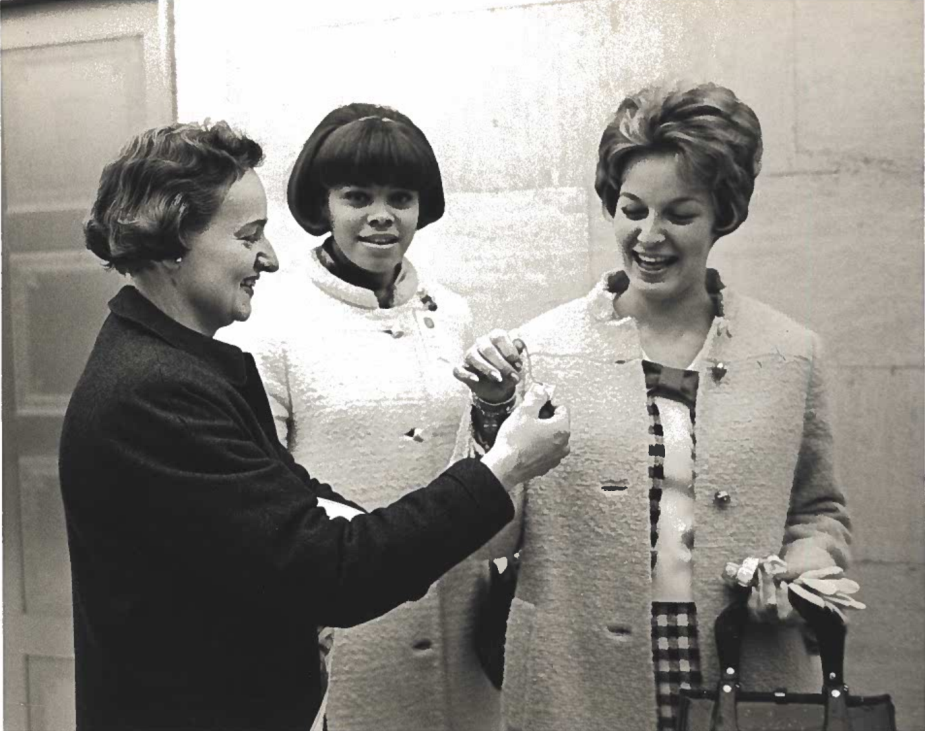 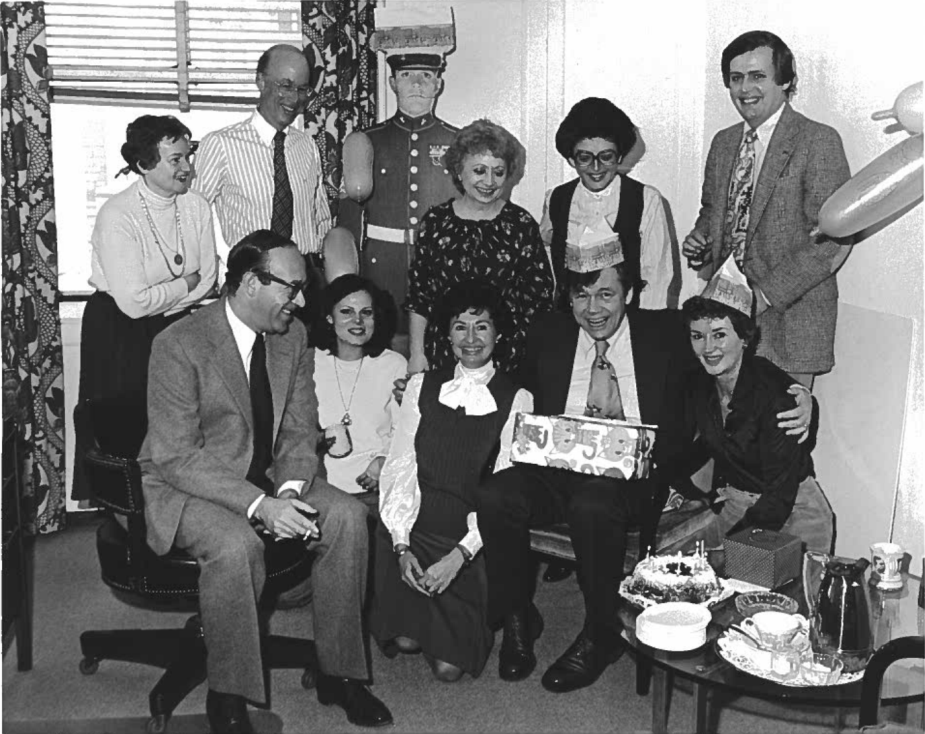 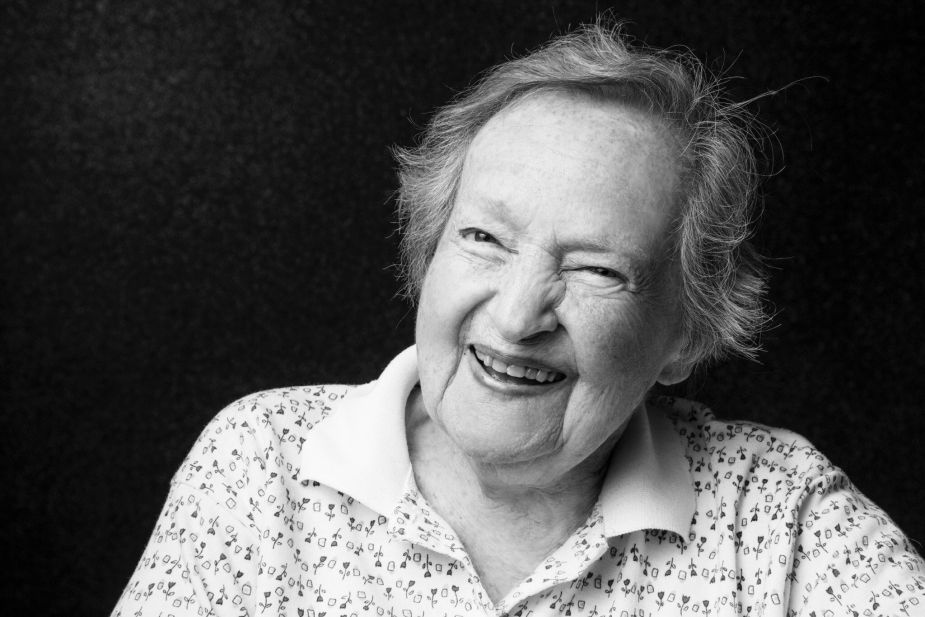 Given the changes in technology and communication since then, it’s hard to imagine today being in the dark about something so momentous. Speaking of changes, another that Ginny observed over the years was the difference in fashion. “Female copywriters at the time [when she started] would wear hats, heels and stockings and were much more dressed up than the rest of the agency,” she says. “Wow, what a change! People don’t dress up the way they used to. You don’t see anything like that now.” I jokingly suggest that the creative department has transformed from the smartest to the scruffiest to which she gently agrees.
Ginny is largely credited with the success of J. Walter Thompson / Wunderman Thompson’s blood drives, which she championed and organised year after year, of her own accord. By the time she’d left her job, she had given up to 50 pints of her own blood. “It’s something that you can’t grow,” she says firmly. “And it’s something you have got to get people to give. Everyone has blood in their systems but you have to have someone behind it to keep it moving. I just hope that Wunderman Thompson will continue what they’ve achieved over the years - they’ve really pitched in and helped the industry a lot.”
Recently, she stepped up as J. Walter Thompson’s 2017 SXSW correspondent with her own series entitled Midtown by Midtown East (MXME). She wonderfully reported on subjects such as VR, AR, AI and all manner of other technologies in a way that we can only wish the advertising trade press could continue.
Ginny is leaving Wunderman Thompson not necessarily because she wants to but at her family’s fair request that she take some time to slow down a little. She tells me that she’s not entirely sure how she’ll spend her newfound spare time, and that “it’s still too soon to ask”. But she is excited to be out in the yard gardening, once the New York weather warms up, and to have more time to indulge in her love of sports. She says that she’s a Yankees and a Mets fan in baseball - one in each league, conveniently - and a Giants fan when it comes to football. “But I’m pretty much a sports fan,” she adds.
“Just seeing my friends,” she says as we discuss the things she’ll miss most about her working life. “You feel comfortable with the people you worked around. I mean, there were other parts of the company that some of the other people in my group never got associated with but during lunch hours when I would walk by these people, I would talk to them and it made it more interesting because you could hear what they were doing, what they were involved in and so forth.
“Probably I was too friendly. I don’t know. But I didn’t loiter! I just always enjoyed working with people.”