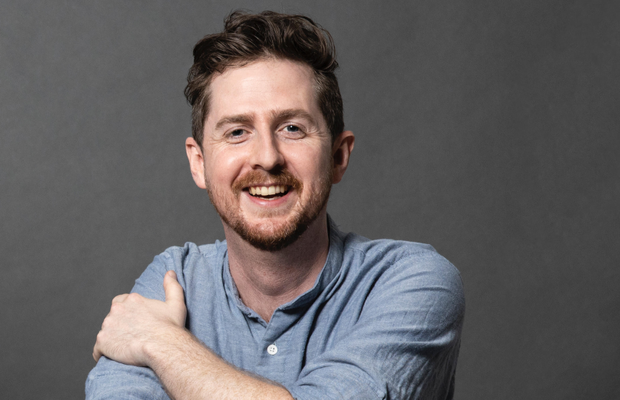 Cody Amos has spent 10 years in film and has 25 feature film credits. He's worked at the top VFX studios in the world, including Industrial Light & Magic and Weta Digital. He was part of the VES Award winning teams on Spider-Man: Far from Home, and Star Wars: The Rise of Skywalker. As VFX supervisor and design director, Cody creatively leads the team at Heckler and provides technical oversight. He draws on his mastery of VFX and brings a powerful visual aesthetic and design sensibility to all of his projects.

Q> What's it like being a VFX Supervisor at Heckler?

Cody> It’s really exciting. The team is growing, and everyone is a delight to work with. There’re so many interesting projects going on at the same time. We’re doing some cool character animation, some 2D illustrated animation and a few live action spots full of classic comp work. So, keeping track of everything is a bit chaotic but I’m loving it.

Q> Did you always want to work in the creative industry?

Cody> As a young kid I liked to read the animation books at the library. I have a memory as an eight-year-old, seeing Toy Story for the first time. I was surprised to learn it was animated with computers. I think I attempted to create something on the family computer in a word doc… I don’t think I got very far!!

Q> What was it like growing up in Auckland? What drew you to storytelling?

Cody> By the last couple of years of high school, I had a really amazing group of friends. Everyone was so creative. Everyone wanted to be, and sort of already was, an actor or a musician or a filmmaker. So, we'd spend lots of time making movies or writing plays together. I figured life would be pretty good if I could do that sort of thing for a living.

Q> You’ve worked in a lot of different countries. What was it like traveling around the world while working in VFX?

Cody> The VFX industry is a great ticket to see the world. It's been such a valuable experience so far, since leaving Wellington I’ve called Singapore, Montreal, and Melbourne home. I like going somewhere and learning what it's like: What do we eat here? What are the National Parks like? And I got to do that while working in some of the best VFX companies in the world, Weta Digital, ILM, Rodeo FX and Luma Pictures. The calibre of artists I've been fortunate to learn from during my travels has been inspiring.

Q> What made you return to Singapore?

Cody> I was only here for six months the first time. And then a few years later I just felt Singapore draw me back. I wanted to travel around South East Asia. I missed the heat and the satays and the smell of durian in the street. So, I spoke to ILM and got an offer to work on Star Wars! It all worked out pretty well.

Q> How was the move from feature films to advertising?

Cody> The move was actually much smoother than I was expecting. I thought perhaps it would be completely different. But a lot of it is really very similar.

Q> What’s different about working in an independent studio vs a big CG studio?

Cody> The big difference is the scale of the work. With smaller scale work it takes a lot less people. Meaning everyone involved can contribute much more to how the work turns out. That's something I really like. In films, my favourite part has always been to contribute to how a sequence or a character looks. For example, developing Cyclone Man and Molten Man for Spiderman.

But often in film, you're working on much smaller pieces of the puzzle, and not really conceptualising much. At Heckler however, I'm always massively involved in the work, how it looks, how we go about it. It's way more pressure, but I love it! There’s a sense of ownership.

The other difference is the timelines. In film you can be on one project for six months or even a year, but in commercials it’s more like six weeks to three months. The downside is that you often don’t have the time to really craft something; but the plus side is that what you’re working on is always changing, so things stay interesting.

Q> What are some of the projects you have been happy to be a part of?

Cody> At Heckler, I thought the Bolt campaign we did for LumiHealth was great fun. I enjoyed being a part of SK-II: Beyond the Stadium with Forsman & Bodenfors this year too. That was such a nicely crafted project in general. James Squire Zero was really interesting and FX heavy. And I really enjoyed being a part of our suite of films for IBM APAC with Ogilvy Singapore. We did 20 short videos and they were all so different and creative. I'm really inspired by lots of projects in the works. As design director, I'm directing lots more, getting to do some writing and VFX supervising, it's really cool stuff. I enjoy getting to conceptualise what a project could be or how it could look or how best to tell a story...

Q> What kind of work inspires you? Who are your creative heroes?

Cody> In film, I would have to go with Hayao Miyazaki. The worlds he creates are so rich and full of life. They often feel simple at first, but then you realise he’s connected with your deepest fears and desires. I love work that doesn’t take itself too seriously, work that’s playful and fun; but also manages to tap into fundamental human desires and behaviours at the same time. I’m inspired by Taika Waititi for the same reason, and also for showcasing New Zealand in such an earnest and funny light. As an FX artist, newly in the commercial realm, I find Simon Holdmedal incredibly inspiring. His FX driven motion graphics and short film work is strikingly beautiful. As a VFX artist I’m also inspired by so many of the people that I’ve worked with. I’m often thinking what would such-and-such do here? How would that supervisor have approached this?

Q> How has the VFX industry changed in the last few years?

Cody> The virtual production thing is also interesting. Doing more of the work before shooting and then shooting with actors already immersed in the CG world. It's exciting because the lighting just works so well; the real actors become really integrated into the CG shots. That stuff is partly made possible because of the advance in real time rendering, which is getting crazily good. I'm learning Unreal at the moment because I think more and more post production is going to leverage the insanely fast render time. In a regular pipeline, the overall render time of shots has stayed roughly the same. Obviously, we can render faster, but as we can render faster we just render more complex stuff, so it balances out. I think Ed Catmull pointed out that the average render time for shots at Pixar has been the same for its whole history. But maybe now that's not going to stay true!

Q> How has it been supervising shoots on set with remote directors?

Cody> I only really started supervising on set during Covid. Are you saying directors used to actually be on set?

Q> What do you do to unwind?

Cody> Craft beer with friends’ springs to mind. I like going for walks, especially where you might see wild animals. There’s something pretty cool about seeing animals in the wild. It’s not like the zoo. And Singapore's reserves are pretty epic. There are crocs and horn bills and colugos around!

Q> What’s your favourite thing about living and working in Singapore?

Cody> Singapore is such a cool city. I love the way they prioritise making it a garden city, so you have beautiful trees and flowers all along the highways. I love the hawker centres and that you see Lamborghinis parked outside them because even the millionaires want to stop for a $3 Hor Fun and a beer. But also, Heckler is probably the coolest place I’ve ever worked.