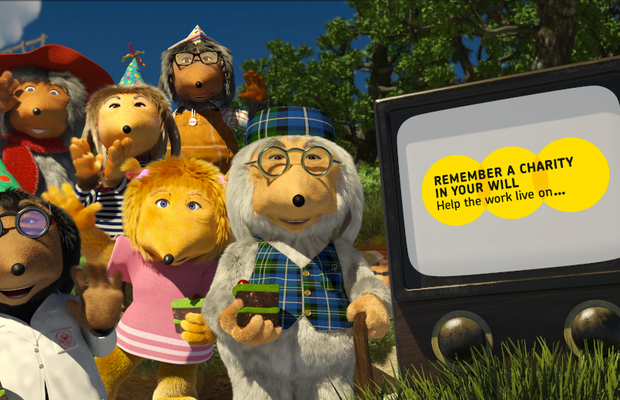 The new campaign continues the nostalgic theme from last year of ‘Your Points of View’ featuring Matt Berry, by bringing back another national treasure.

Set on Wimbledon Common, the story follows Orinoco, Bungo and Alderney wondering what to buy Great Uncle Bulgaria for his 347th Birthday. But when they try to find out, they discover that the ‘greatest gift’ is a gift to charity, highlighting the importance of leaving a gift to charity in your will.

Atomic London worked with The Wombles’ UK-based animation team, led by Simon Hodgkiss to develop a new episode. And this will be the first time the new CGI animated characters have featured in an advertising campaign. Aimed at connecting with both an older audience as well as the next generation of fans who have grown up with CGI.

Rob Cope director of Remember a Charity said: “The Wombles perfectly embody Remember A Charity’s positive message of making the world a better place for the future, in a way that resonates with the core target audience”.

“Using both the Wombles and the iconic music has the power to bring back memories, reminding people of a different place and time in their lives” says Guy Bradbury, executive creative director at Atomic, “Inspiring people to think about what they would like to pass on to the next generation”

Remember a Charity are a consortium of almost 200 charities supporting a wide range of causes. This years ‘Remember A Charity in your Will Week’ is an opportunity for charities to come together and encourage more people to consider leaving a gift in their Will at a time when charities really need the public's support.