MullenLowe U.S. ACD, copywriter and ACD, art director have a chatty look back at some of their favourite projects 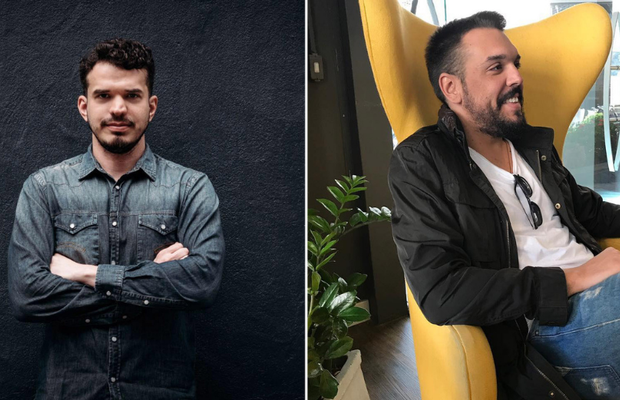 The ad/music video from my childhood that stays with me…

Renato> Man, I always try to avoid the stereotype of the Brazilian-crazy-for-soccer, but you got me here with this question.

Marcelo> He’ll say “Brazil, the land of baseball” for Pepsi… He’ll say Pepsi, for sure.

Renato> Of course, I’ll say Pepsi! Imagine a ten-year-old kid who just witnessed the Brazilian Squad losing the World Cup to France. Then, right after Pepsi turned us into the land of baseball, just to get to the end and throw at our face a big “Nah, it won’t happen.” Thanks, AlmapBBDO folks, for making the little Renato see we’ll always going to be the Land of Soccer.

Marcelo> Although I have my beloved Santa Cruz F.C. (I couldn’t lose the opportunity of putting my team on an American website), I have to say “Carlinhos” for Down Syndrome Foundation in Brazil.

Marcelo> In the '90s, the prejudice toward Down Syndrome was huge, and DM9DDB found a way to use discrimination to break prejudice and talk about a problem we are more prone to ignore in Brazil. That was just beautiful.

Renato> Actually, what made me jump into advertising was nothing related to what we do, but an ex-girlfriend.

Marcelo> She broke your heart, huh?

Renato> Haha. Nothing like that. In Brazil, we must pick our major the moment we send our applications. I had no clue about what I wanted to do. My dad wanted me to be a lawyer. I can’t wear a suit. So, I gave my applications to my ex-girlfriend, she filled them in for me, and picked advertising without even telling me why. And for that, I’m incredibly thankful, Marina!

Marcelo> To me was kind of the same, without the girlfriend part. No one really knows what they want to do at the age of eighteen, right? So, I looked at the list of majors, and advertising seemed easier than medicine. So, I thought, why not?

Renato> You’re just looking for a way to skip a day of work, don’t lie.

Marcelo> I never missed a day, and you know it!

Renato> That’s true, that’s true. To me, I would say any of Kerouac’s books. But when it comes to decompressing, I like to run from words, English or Portuguese, and I go to photography. My Instagram feed is full of people like @anseladams, @dave.krugman, @josecabaco, among others.

Marcelo> That was a while ago, but I remember to this day. It was a logo for the twentieth anniversary of a shopping mall in my hometown. I really struggled with the yellow and golden tones.

Renato> Jeez, I wish I didn’t remember mine. Back when I started on my first agency, the junior copywriters (by junior copywriters, I mean only me) were responsible for writing copy for the ads in the newspaper classified section. No colour. Only real estate stuff. If I didn’t stop loving advertising back then, I won’t anymore.

Marcelo> Thank God we don’t have links for that.

Marcelo> Advertising will always have good and bad projects. We can't escape from that. And the bad ones can make us angry or not, depending on who you're working with. So, I have to say, the only vow I made in my career was to avoid bad leaders. They are the ones who can make us hate what we love, no matter the project. And man, there’s nothing worse than that.

Renato> I must agree with Marcelo. I couldn't put it in better words. But he only says that because he never had to write copy for the newspaper classified.

Renato> Real Men of Genius, for Bud Light. That’s a lesson of scriptwriting, crafting words, whatever you want to call it. If that campaign were running up to this day, it would still be incredible.

Marcelo> That’s a good one. For me, it’s the DirectTv Commercials from the “get rid of cable, get DirecTv.” The format was always there for anyone to use it, but they did it in such an incredible way that it’s pretty much impossible to have an idea that could work in the same format and not killing because “it’s too DirecTv.”

Renato> You just want to have an idea that will make people say, “that’s too much of Marcelo’s idea” in a brainstorm.

The creative project that changed my career…

Marcelo> I’ll have to say my first Cannes Lion back in 2015. It was called Unforgettable Shots, for Shopping SP Market. I know it’s pretty much what everybody says, and it’s kind of repetitive, but in my case, it was the project that got me some projection and opened my first door to work abroad. I ended up in Dubai after that project, and it changed my career.

Renato> It is kind of repetitive, but it’s impossible not to mention that, right? And although my first Cannes Lion for GRAACC also changed my career in 2015 (we won in the same year but weren’t partners back them), I have to say mine was winning the Brazilian Young Lions. It was a goal of mine, and when it happened, I just opened my mind to other possibilities, including moving to the United States.

The work that I’m proudest of…

Renato> That’s a hard one, so I’ll stick with one of the recent ones and say Shamecards.

Marcelo> Agreed. After a year of work, we created more than 50 postcards depicting stories of mass shootings that happened in every state of the country. They are online, and you just need to pick yours and send it to your state representative to demand gun law reform.

Renato> Yes, it was more than 50, with 30 artists spread across the world. And we did it during the pandemic and the whole work from home thing.

Marcelo> That’s an important thing to mention: the project was supposed to go live in March 2020.

Renato> That ended up being February 2021. Not to mention that mass shootings are just a problem that we, Brazilians, are not used to. So, it was extra challenging.

Marcelo> And extra rewarding. We already sell stuff that more than often people don’t need, so it’s good to put our skills in favor of something like that.

I was involved in this and it makes me cringe…

Marcelo> Shamecards. Don’t get me wrong, but as we mentioned before, working with this sensitive subject for a year, during a pandemic, everybody stuck at home…

Renato> We felt it a lot. Imagine we were pretty much drawing a storyboard for each horrific story, going through the details, reading about it, etc.

Marcelo> There were days that I just had to stop and watch a rom-com or a stand-up.

Renato  At least it wasn’t copy for the newspaper classifieds.

Renato> The most recent one that went live, for sure. It was for Corona Hard Seltzer. We created this voice-activated vending machine, and we put it in Las Vegas…

Marcelo> People had to order a Corona Hard Seltzer Limonada in Spanish to get one for free. Seeing Americans speaking Spanish is always something.

Renato> And those who missed the mark were given a free one-month subscription to Duolingo Plus to practice their Spanish for the next time they want to order a Limonada.

Marcelo> And filmed everything during a record day of heat on the Las Vegas Strip.

Renato> But we God give two creative some lemons, well, we manage to make a Limonada.