Nancy Crimi-Lamanna, CCO of FCB Canada, takes Adam Bennett through the story of her career, the surprising links between journalism and creativity and the advantages of theatrical flair 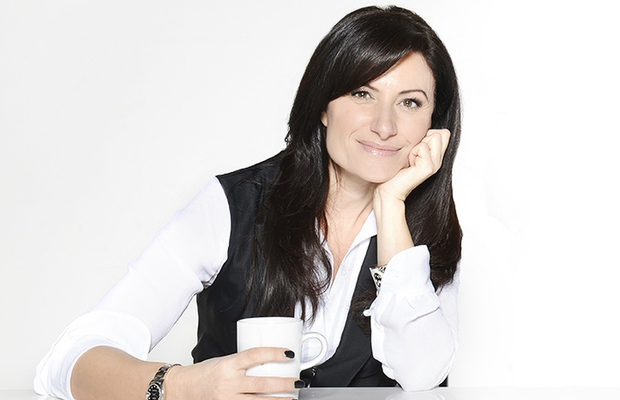 "Great creative has no boundaries. The best work can come from anywhere. Meet some of Canada’s best creative thinkers. The work is world class and consistent."

Canadian production company FRANK Content is a proud supporter of Little Black Book as its partner for the Canadian market. As part of the relationship, LBB is sitting down for a chat with the brightest and best minds from across Canada's advertising industry. Here, LBB's Adam Bennett speaks to Nancy Crimi-Lamanna, chief creative officer at FCB Canada, about moving from journalism to advertising via theatre, the power of storytelling, and the importance of speaking beyond your bubble…

LBB > First things first, when did it first dawn on you that you were ‘a creative’?

Nancy > I’m not sure that being “creative” was something that dawned on me until someone verbalised it once I was in advertising. As a kid I would have said that I loved words and that that was often verbalised back to me by others in the form of being called a bookworm or book nerd. I began to transfer that love of words into writing in high school, but looking back I built the foundation for that early on:  As a kid, I spent hours copying out pages of the dictionary trying to match the tiny type exactly, I won every spelling bee in grade school, I won my grade 2 speech writing contest and became the youngest collector at Antiquarian book fairs by the time I was in my 20’s. Yes, I was deeply cool.

I would say that I would not have become a writer without the love I had for the way other writers articulated their points of view in the books I voraciously read. As an advertising writer, you have to be able to write in the voices of multiple personalities as every brand conveys a different tone; these authors taught me how to do that.

LBB > As well as literature, you studied theatre at University. Would you say you have a taste for the theatrical in your role today?!

Nancy > LOL. I think my teams would say I definitely have a theatrical flair in the way I approach the work. I love big, sparkly, audacious ideas that make people sit up and take notice. The more disruptive the idea, the more I like it. But fundamentally what my background in literature and theatre gave me was a deep understanding of what it takes to tell a great story. Whether that’s in video form or through technology and data, the story is what makes those tools powerful. Without the storyteller, they are simply a collection of channels or in literary terms – blank pages.

LBB > You’ve also said that you originally wanted to study journalism before landing in the world of advertising. How much crossover is there between the worlds of journalism and marketing?

Nancy > I think there’s a great deal of crossover in the way we approach ideas. The work we’re trying to put into the world has to go beyond the marketing bubble. All too often the industry is creating ideas for itself that don’t break into real people’s lives in a meaningful way. Beyond trade magazines, we want our work to be newsworthy beyond them; a headline in Newsweek, People or CNN tells us that we’re making an impact in popular culture.

LBB > Once again, you guys have won Strategy’s digital agency of the year. What’s the secret to your success with digital, and how do you ensure you stay at the top of the pack?

Nancy > I’m not sure it’s a secret since I tell anyone that asks! But it’s really in the way we approach our work. We believe that creative people are at their best when they’re given the exact moment they are aiming to effect - the tighter we define the box, the more innovative they can be at thinking outside of it.

So we use data to uncover insights and opportunities across the entire customer journey to identify where we can impact a clients business the most by applying deep creativity to that moment in the journey. It’s a large part of the reason we were also named Media Agency of the Year in 2019 at the Media Innovation awards, even though we don’t have a media offering. We are completely media agnostic when it comes to solving business problems because it comes down to identifying the right place and the right moment. It’s why we intercepted search for Down Syndrome Answers and why we embedded BMW’s into luxury real estate listings to reach luxury car buyers.

- Above: FCB’s groundbreaking campaign for Canadian Down Syndrome saw experts intercepting regularly asked Google questions to provide true and accurate information on the condition, as well as inspiring and heartfelt personal accounts.

Once we understood what behaviours we were trying to change and when to change them, the only question left was how – that’s the creative idea. With the understanding and belief that the more creative our ideas are in that moment, the more they act as economic multipliers for our brands. When we look at Whopper Detour out of FCB New York, that’s another perfect example of impacting the purchase moment with smart, counterintuitive creativity that resulted in over a million app downloads in just a few days.

LBB > Looking at the industry in Canada more broadly, how do you think you guys have fared during this turbulent year? Are you feeling positive for the future?

Nancy > Like any agency, the year knocked us back a bit. But it also showed us we made the right investments in our agency offering and culture over the last five years as they were instrumental in helping us weather it. Our investments in innovation, rapid production at scale, creativity, our clients and our people were initially put in place to meet the demands of the rapid transformation our business has been undergoing. What we didn’t anticipate is that these would be the same things we needed to help us succeed during a disruption we didn’t see coming: The pandemic.

LBB > Finally, there’s understandably a lot of doom and gloom in the world today. But what’s keeping you motivated and inspired day-to-day?

Nancy > All the people at FCB that show up every day and believe in what we’re building despite having to do it over Zoom during some incredibly trying personal challenges. We never lose our empathy for each other, or our sense of humour. I wouldn’t want to be working through this with any other group of humans.

Why the Best Ideas Come from the Narrowest of Creative Briefs

Cher Campbell: “We Won’t Let the Opportunity for Change Pass Us By”