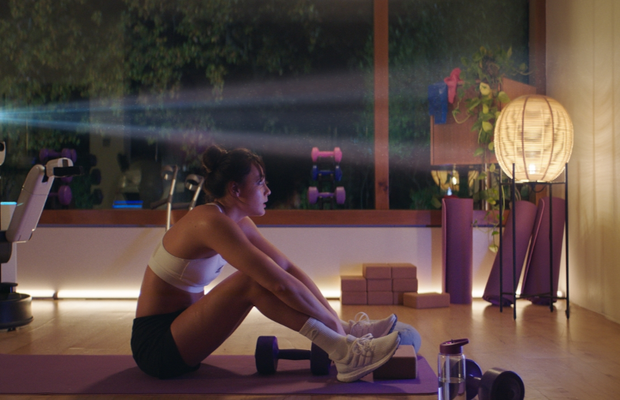 Toyota and The&Partnership launch a cinema, VOD, social media and channel sponsorship campaign ahead of the Olympic and Paralympic Games this summer. Airing on Friday 16th July the short film features four Toyota ambassadors and Team GB and ParalympicsGB athletes: cyclist Laura Kenny, sport climber Shauna Coxey, sprinter Jonnie Peacock and swimmer Alice Tai. The light hearted storyline shows them being sent an HSR (Human Support Robot) to help with their training for Tokyo 2020, but instead of taking advantage of the advanced robot’s full capabilities, they put it to work doing daily chores, such as walking the dog, ironing and carrying shopping.

T&P worked closely with Robotics teams at Toyota Motor Europe (TME) and Kings College London (KCL) to power the robot throughout the production. The HSR is one of Toyota’s robotics concepts now under development as part of the company’s global mission to provide freedom of mobility for all. The Toyota Research Institute (TRI) is taking the lead in developing advanced technologies that can provide practical help for elderly and disabled people and those recovering from illness or injury. With its highly manoeuvrable, compact, and lightweight cylindrical body and folding arm, the HSR can pick up objects up off the floor and take items from shelves, capabilities which could prove useful help with everyday tasks, for people whose mobility is limited through physical impairment or convalescence from injury or treatment.

The HSR is not on general sale to the public, but Toyota has been offering its HSR open innovation platform to research partners worldwide.  This is a perfect expression of how Toyota as a mobility company wants to make the freedom of movement and the opportunities that brings available to everyone in society.

Dominic Gettins, creative director at The&Partnership, said: “In the HSR we found the perfect embodiment of ‘Mobility Partner’ to link to the athletes. It just needed a little human support of its own in the form of creative team, Andreas and Elson, director, Jon Barber, and the programmers at Kings College London (KCL), who all worked brilliantly together to develop our robot’s character – advanced, yet spirited.”

Stuart Sanders, Toyota GB director of communications & product, said: “As Official Mobility Partner of Team GB & ParalympicsGB, we are committed to finding better ways to help people move and live freely. This campaign not only showcases Toyota’s cutting-edge robotics technology but celebrates our fantastic partnerships with Team GB, ParalympicsGB and our four athletes as we look forward to Tokyo.”

Hive’s HomeShield Protects Your Home From Your Phone