“There’s a Spark That Exists in an Agency”

Josh Budd, chief creative officer at No Fixed Address, speaks to Addison Capper about keeping that spark alive during lockdown, Canadian creative pedigree and embracing the industry’s winds of change 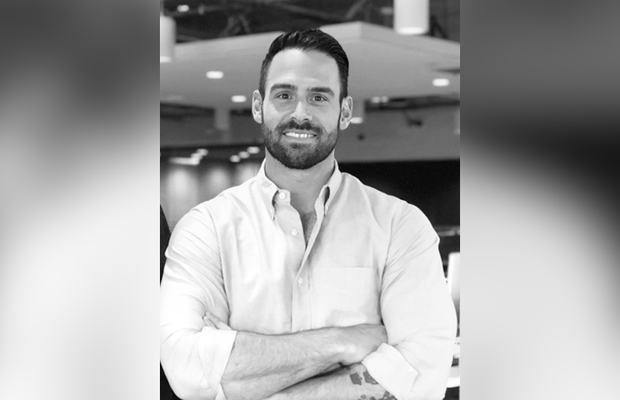 "Great creative has no boundaries. The best work can come from anywhere. Meet some of  Canada’s best creative thinkers. The work is world class and consistent."
Canadian production company FRANK Content is a proud supporter of Little Black Book as its partner for the Canadian market. As part of the relationship, LBB is sitting down for a chat with the brightest and best minds from across Canada's advertising industry. Here, LBB's Addison Capper speaks to Josh Budd, chief creative officer at No Fixed Address, about Canadian creativity outside of Toronto, the piece of recent Canadian work he's most jealous of, and keeping company culture alive during lockdown.

LBB> What's your general view on the Canadian industry and local creativity at the moment?

Josh> If there were a World Cup of Advertising, I would bet on Canada to show up very well (with beautifully designed uniforms). There’s so much talent in this country, and not just in the major markets, but in cities like Halifax and Calgary too. We’ve had the same handful of agencies circling podiums for a while now - agencies I really respect, because the hardest thing to achieve in this business is consistency. That said, you can feel the winds of change a little stronger each day…

LBB> How have you found the past six months or so? What kind of trends have you seen in the type of work that's been keeping you busy?

Josh> It’s been a constant learning experience, I’ll say that. We all got a pop quiz on adaptability and efficiency. Some days you pass, some days you fail. But who knew we could be so productive from home, while taking on new part-time jobs as teachers and caregivers?
A lot of what’s kept us busy is finding the right way for our clients to show up in this world. How to show you’re aware of the situation, without pandering to it. When everyone is suddenly singing from the same song sheet, it’s much harder to find your unique perspective to put on things. We spend a lot of time thinking about our clients through that lens.

LBB> You’ve mentioned that at NFA you've been "forcing culture" during lockdown (in a positive way of course!). Can you tell us a bit about how you've been doing that and why it's been so important?

Josh> There’s a spark that exists in an agency. It’s a natural consequence of gathering 100+ thinkers, makers and innovators in an open space with cool chairs and a coffee machine. When we started remote working, the leadership team quickly triaged and pledged to fight the instinct to foxhole by being extra proactive about keeping that spark as bright as we could.  What was once natural now required us to be intentional and deliberate. Maybe we were a little annoying about it, I don’t know, but we needed to model that optimism from the top down. We kept our Monday Huddles over Zoom, and our Thirsty Thursday drinks became virtual. Any good news was reason for an all-staff email. Now I can’t ignore that as an agency, we’ve been lucky enough to fare well during all this, which makes the whole ‘finding reasons to smile together’ a lot easier. That said, it’s a testament to the entire NFA staff that we’ve kept our heads up and, I’d say, are coming through this stronger than ever, despite the lack of daily physical connection.

LBB> No Fixed Address has scaled quite significantly since you joined in 2018 - how have you found that challenge as a CCO at the agency, tasked with overseeing much of the company's output?

Josh> The role has changed significantly. When we joined, the creative department was high on passion, but low on experience. We had an ACD and a handful of talented juniors. Dave and I found ourselves in that first year reallllyyyyy deep in the work. Way more player than coach. As the agency continued to grow, we went looking to add talent and experience, and while we had a ton of interest, it was difficult to get creatives who were treated well and given good opportunities to take a flier on a still-unproven agency. So we kept our heads down and worked with our juniors to give them more experience, and then once we started getting more agency profile, we got the attention of the elite creative talent we needed. Sitting here two-and-a-half years later, I’m incredibly proud of the creative evolution and output of the agency, and would put this team up against any, any day. We’re still probably deeper in the work than most CCOs, but we’re a ‘roll your sleeves up’ culture, so that’s by design.

LBB> NFA has a host of capabilities under one roof that I feel others might not have been aware of – including media and PR. Tell us more about those aspects of the business and how they all come together as one.

Josh> We’re an ambitious bunch, and have a lot of irons in a lot of different fires. The objective is not purely to diversify, but to have the ability to bring those diverse disciplines to the table in a truly equal and collaborative way, with no competing agendas. We can peel back the task to the core business objective, agnostic of discipline or deliverable, and engineer the right team to solve it. We can track our biggest successes to the projects we most effectively harnessed ‘the grid’, as we call it.

LBB> Going back to culture again - how do you ensure the company culture stays vibrant and positive as the staff size grows? Is it about locking a culture in or letting it flourish?

Josh> I don’t think you can prescribe a culture, or aim to recreate it. You have to do your part to steer it and keep it aligned to the agency’s core values, but if it doesn’t take on a life of its own, I’d argue it’s not a truly authentic culture.

LBB> Is there a piece of work from your time at NFA that you're particularly proud of? Why?

Josh> Last year’s Lolli campaign for the Canadian Centre for Child Protection. The subject matter (predators seeking out child sexual materials online) is just sickening, and as a parent to young kids who love the internet, hits you in the gut. Yet, it’s something no one wants to address or talk about. We had a really provocative idea to make it impossible to continue to turn a blind eye. Then, thanks to a ton of support from caring, like-minded production friends, we brought it to life in a way that had global impact. We’ve received a lot of recognition for the project (including a great showing at the ADCs, and Global PRWeek’s best non-profit campaign) but knowing that it sparked dialogue at a stakeholder level and opened doors for our clients to speak on the international stage about this issue is what makes me most proud.

LBB> How about Canadian work that wasn't by NFA - is there a piece of work from the past year or so that you were particularly jealous of?

Josh> I loved the Hauler’s work from John St. for No Frills. It was just so fun. One, they repositioned a stale discount grocer as a destination with cult-like following amongst those ‘in the know’. They made shopping at an often uninviting retail environment cool. Then they went whole hog on it. That is what I’m most jealous / envious / impressed by. They didn’t dip their toe to see if it stuck, they leaned deep into the high concept. Clothing lines, album drops, swaggy TV spots… and you see it out there in the world. I see hipsters wearing Hauler sweatshirts, people carrying the bags around town… it’s stuck.

LBB> You've worked across North America out of Canada while at Leo Burnett - how did you find that experience? And can you see something like that happening more in the future? Should US clients be looking to Canada for their creative?

Josh> I mean, I’d say I’m biased about the talent in this country, but our Mischief friends in NY continue to tell us how great our creative teams are… and those guys know something about good creative. Add in the fiscal benefits and validation we’ve seen of working virtually, and I don’t see what would hold back a forward thinking US brand from considering partners outside their borders.

LBB> How did you wind up in this industry in the first place? I read somewhere that your penchant for storytelling was borne out of a sleepover as a kid…

Josh> I went to school for film and had some small, early success as a screenwriter. While trying to make ends meet, I found a transferable as a copywriter - still storytelling, just in a different medium. I quickly found the lifecycle from ideation to execution way more satisfying in advertising than in film… and just kind of leaned in from there.

LBB> What keeps you busy when you're not working? Do you have any weird quirks of hobbies to tell us about?

Josh> I like to lift heavy things and put them down again.

Cher Campbell: “We Won’t Let the Opportunity for Change Pass Us By”