Thinking in Sound: Seeing It All Come Together with Gary Turnbull 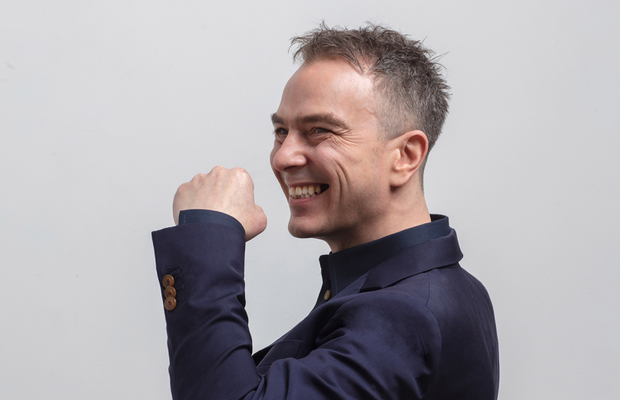 In his teens, Gary Turnbull spent all of his available cash on synths and samplers. Never having any intention of being a musician or joining a band, the appeal was purely to play with sounds. This naturally lead to an interest in the recording studio, but access was somewhat limited. A couple of years into his mechanical engineering degree he switched to sound engineering at SSR in Manchester. Two years later, he found himself handing Thierry Henry a coffee at GCRS.

As chief engineer, as well as a talented sound designer, he mentors and trains junior engineers to ensure the incredibly high standards of the business and the work produced are maintained.

His own sound design work is impressive and wide ranging, having worked with all of the major advertising agencies across brands such as Adidas, BT, Jaguar, Ford, Warburtons, DHL, Heineken.

In 2012 he won a D&AD Yellow Pencil for a promo for the BBC's Wonderful World.

LBB> When you’re working on a new brief or project, what’s your typical starting point? How do you break it down and how do you like to generate your ideas or response?

Gary> The brief is always the starting point. It’s rare to get a completely open brief, those opportunities come up less often – big campaigns for the likes of Nike would be one example of this. Most spots now are max. 60 seconds due to the rapid change in platforms, so the challenge is to make an impression with sound design quickly. I worked on some John Lewis spots recently where the client told me to just go for it, which means you can experiment with various ideas and options - this is the fun part of the job.

LBB> Music and sound are in some ways the most collaborative and interactive forms of creativity - what are your thoughts on this? Do you prefer to work solo or with a gang - and what are some of your most memorable professional collaborations?

Gary> It’s pretty much 100% collaboration in one way shape or form, whether it's the creatives, the editor or a musician. You’re being asked to combine all those ideas into a single piece of work.

Covid ways of working meant that for a long spell I have been working pretty solo in the studio with no clients present, dialling them in via Zoom for shorter briefings. In August, for the first time since the Pandemic, I worked on a session where the Director and client were in the room over 2-3 days, allowing us to experiment with lots of things. Face to face work really can never be beaten, and we’ve just been taken on for four more projects with this director which is the proof of the pudding.

LBB> What’s the most satisfying part of your job and why?

Gary> Seeing it all come together. The time constraints can be quite stressful – the pressure to create in just a few days is certainly there, but when you nail it, it’s very rewarding.

Gary> The industry has changed massively. There are more parameters - a challenging mix of budget constraints with higher expectations. Ultimately however, I believe this means sound designers have had to become even more creative, coming up with solutions in less time with bigger impact.

LBB> Who are your musical or audio heroes and why?

Gary> Kraftwerk, Giorgio Moroder, Herbie Hancock, the list is endless. I mostly wanted to know how they made a particular sound, and that ultimately drove me into a studio.

LBB> And when it comes to your particular field, whether sound design or composing, are there any particular ideas or pioneers that you go back to frequently or who really influence your thinking about the work you do?

Gary> I actually try not to look at other people’s work. It’s very easy to plagiarise and I prefer to create what’s in my head, otherwise I believe you’re in danger of everything sounding the same.

LBB> When you’re working on something that isn’t directly sound design or music (lets say going through client briefs or answering emails) - are you the sort of person who needs music and noise in the background or is that completely distracting to you? What are your thoughts on ‘background’ sound and music as you work?

Gary> It depends, sometimes you want silence and other times you want to switch it up and cleanse what you’ve been listening to for the past 8 hours so I go back into the studio fresh the next day.

LBB> I guess the quality of the listening experience and the context that audiences listen to music/sound in has changed over the years. There’s the switch from analogue to digital and now we seem to be divided between bad-ass surround-sound immersive experiences and on-the-go, low quality sound (often the audio is competing with a million other distractions) - how does that factor into how you approach your work?

Gary> Most work now is incorporated into an ‘on the go’ format, grabbing someone’s attention as they scroll through social media. Everyone is fighting for attention and sometimes you have to find a compromise between what sounds best and what is impactful.

LBB> On a typical day, what does your ‘listening diet’ look like?

Gary> It’s toned down considerably, more radio and podcasts in the morning. I listen to music on the tube but I mostly ride into work and I don’t use headphones then. I do watch a fair amount of movies though.

LBB> Do you have a collection of music/sounds and what shape does it take (are you a vinyl nerd, do you have hard drives full of random bird sounds, are you a hyper-organised spotify-er…)?

Gary> I still play around with synths and samplers to this day, having found my love for sound in this way.

LBB> Outside of the music and sound world, what sort of art or topics really excite you and do you ever relate that back to music (e.g. history buffs who love music that can help you travel through time, gamers who love interactive sound design… I mean it really could be anything!!)

Gary> Film is a big influence and it relates so closely to what I do. Massive respect to each and every director both big and small. They’re a bit of a closed book and I’m always amazed when listening or reading retrospectives on how they envisaged the soundtrack from a purely artistic perspective. It's a completely different level.

LBB> Let’s talk travel! It’s often cited as one of the most creatively inspiring things you can do - I’d love to know what are the most exciting or inspiring experiences you’ve had when it comes to sound and music on your travels?

Gary> When I travel, it’s about getting back to nature for me outside of the four walls of the sound studio I spend a lot of time in. I hope to get back to Thailand soon.

LBB> As we age, our ears change physically and our tastes evolve too, and life changes mean we don’t get to engage in our passions in the same intensity as in our youth - how has your relationship with sound and music changed over the years?

Gary> My taste has completely changed. Club culture was big for me, I would travel up and down the country most weekends. Now that music doesn’t quite resonate as much outside of those live experiences, and my music collection hasn’t really evolved since 2005, but the Blu-ray collection is out of control.

Want to Support the Creative Industries? Buy a Cinema Ticket