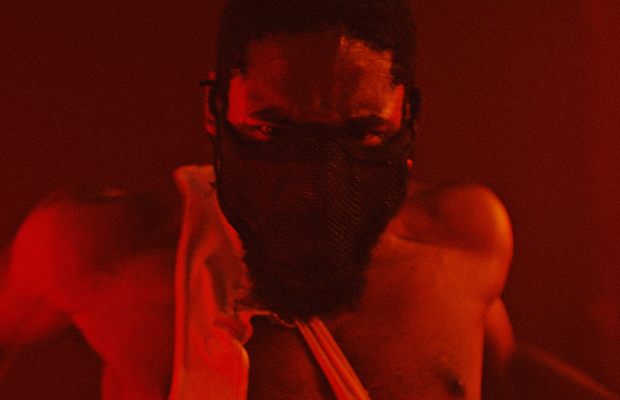 This new independent conceptual project from director and photographer Korrie Powell explores the Black man’s complex and often turbulent relationship with masculinity and vulnerability, portrayed through the protagonist’s mental journey between himself and his reflection.

‘RAGE’ delves into the prevalent disconnect between Black men and their emotions, and seeks to highlight that masculinity often suppresses the Black man’s ability to express them. With emphasis on the complexities of the self, the project aims to engage Black men in a conversation about their mental health and how vulnerability doesn’t equate to weakness, whilst also providing them with the right tools and language to articulate themselves.

“RAGE is a letter of self reflection. A thorough and introspective examination of the intricacies of the human  condition, as experienced through the eyes of a Black man”, says Korrie. What does vulnerability mean in relation to masculinity? Are they mutually exclusive? “RAGE doesn’t simply describe pure anger, it’s a culmination of emotions, it is pain and frustration; and an inability to communicate”.

“I arrived at a point in my life where I looked at the men around me, the older generation of men in my life and in my family, and I realised that we always have our guards up. There is never a moment of displayed vulnerability. Through therapy, I am in a constant process of unlearning, and where they never had the opportunity to express themselves, I have the privilege of doing so through art”.

Korrie has collaborated with fellow photographer Jesse Crankson, “There’s beauty in darkness. It’s real. ‘RAGE’ enabled us to explore a different take on masculinity, and stray away from the way in which Black people are stereotypically portrayed. There are many interpretations of rage, it’s universal, and means that anyone can grasp some kind of narrative from it that relates to who they are”.

To create a cohesive and fully immersive project, Korrie wanted to delve into the issue through a multitude of lenses. The six minute short film pulls you into the mind of the protagonist, takes you on the journey that he goes through, and provokes you into questioning the relationship between masculinity and vulnerability. The photographic series expands on the project’s themes by taking the surreal elements of the film and grounding them in reality, Korrie asks, how do we view rage in Black inner-city environments?

“The thing I want people to take away from this project is that at some point we will have to face ourselves, and sometimes we won’t see a positive reflection of us it may be a reflection that feels distorted, negative or unwanted but we should never try to bury that or those feelings, instead we should embrace it, become willing to challenge your flaws, unlearn what you need to and to understand it’s not about becoming a perfect version of yourself but simply just being aware of who you are and loving who that is.”, says Korrie.