This Just Might Be the 'Crappiest' Ad in the World 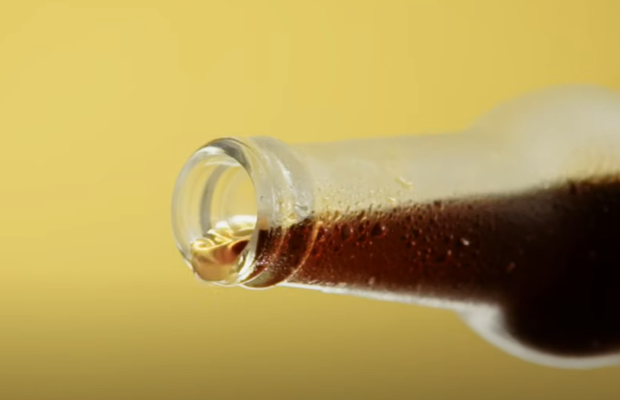 The campaign is supported by 19 organisations that make up the Alliance, including Cancer Council Victoria, Australian Dental Association, Diabetes Australia, Nutrition Australia and Kidney Health. Through its surprising, visceral execution, it aims to get young people – specifically Gen Z and Millennials – thinking twice about the amount of sugar in soft drinks and the health risks associated with over-consumption.

Shockingly, a 600ml bottle of soft drink contains up to 16 teaspoons of sugar and one in six Aussie teenagers consumes at least 5kg of sugar each year from sugary drinks alone. Regular consumption can cause tooth decay, obesity and kidney disease. Obesity is a leading risk factor for Type 2 diabetes, heart disease and some cancers.

Cancer Council Victoria’s head of prevention, Craig Sinclair, said: “We know that for a long time the sugar-sweetened beverage companies have been promoting, with glorious effect, the attributes of downing soft drinks. Many of which contain far more sugar than our body has the capacity to cope with. We found that many people, particularly young people, are unaware of the sheer volume of sugar found in these products. We also know, through our tobacco and sun protection campaigns, that ‘scare’ campaigns absolutely work to drive behaviour change.”

Cocogun creative partner Ant Melder said: “16 teaspoons of sugar in one drink is pretty grim. And the consequences are dire. We wanted to bring people’s attention to this in a way that makes it difficult to ignore or dismiss. This is definitely the shittiest campaign we’ve ever worked on but we’re really happy with how it turned out.”

Uprising: Lauren Maneschi on the Real-Life Impact of Working in Advertising

Coffee Cocoa Gunpowder: "Creativity Can Be Used Not Just to Supercharge Brands but Also Make the World a Better Place"