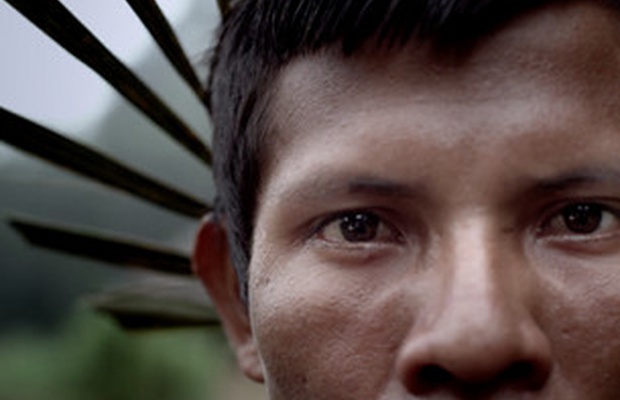 In the northwestern most part of the Brazilian Amazon region, known as the "head of the dog", live the Baniwa people, who star in the new campaign for the Social and Environmental Institute (ISA). Created by J. Walter Thompson and produced by Prodigo Films, the institutional campaign is the largest in the history of the ISA, and the first in partnership with the agency.
The project’s objective is to demystify the concept of these isolated people as the only indigenous communities worthy of having their rights respected. "Part of the population created -even with the help of school books- the image of the 'pure' native, the native more indigenous than others, as if those who strayed from this stereotype do not deserve to have their rights guaranteed," says Mariana Borga, Creative Director of J. Walter Thompson, who adds, "We want to shatter this prejudice".
The Baniwa - who despite having incorporated several non-indigenous habits, still maintains their social organisation, language, and a strong relationship with the environment - were chosen to embody (and put a face on) the message. "They identified with the proposal, because they frequently have their identity questioned," says Bruno Weis, Communications Coordinator at ISA. "They feel like, recognize, and present themselves as natives, but a part of the population insists that they are not."
Further describing the campaign, Ricardo John, CCO of J. Walter Thompson, comments that the ISA carries out fundamental work with the native populations of Brazil, and needs support in order to continue in this fight. "But it's impossible to get that support when people continue to be prejudiced," he says. "We are not at all like our great-great-grandparents, and that doesn’t mean that our identity is questioned, so why do this to the indigenous peoples?" asks Rodrigo Grau, also CCO of J. Walter Thompson.
The project touched on a sensitive point. “The insight about prejudice exposes an issue not widely discussed in Brazil, racism against the indigenous people,” says Jurandir Craveiro, President of ISA.
The spot was produced by a small team of two directors, a director’s assistant, and a sound operator with a drone, who followed the Baniwa's routine over the course of six days in the Amazon forest.
“We put aside all our advertising mentality and dealt with the project as a documentary," says Andre Godoi, Scene Director at Prodigo Films. I managed to combine cinematography and direction in a direct and real concept, portraying the indigenous community and prejudice," adds Daniel Klajmic, also Scene Director at the production company.