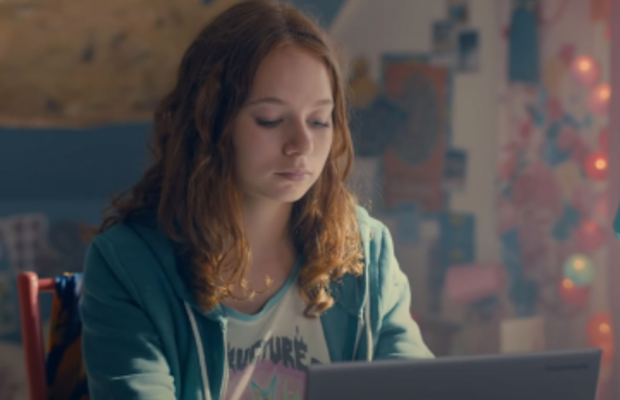 The 2020 pandemic has shaken the entire world, not only impacting human lives but also pretty much every economic market. The audiovisual industry as many others has suffered from the butterfly effect of the confinement. As anytime we face a major ‘natural’ disaster, we knew that coming out of this situation wasn’t going to be easy and that we had to rethink our way of living, consuming and working. It was going to be hard to continue doing things as we did before, while completely ignoring the effects of the pandemic.

In early 2020, even before the pandemic hit, Mikros MPC, a world-renowned post-production house that dabbled in production, decided to break the creative model from the inside. Staffed with highly talented multifaceted artists, Mikros MPC went about rethinking the advertising production model. With a solid idea of how to go about developing this new approach, they entered the three-agency pitch to create the next campaign for the brand Thomson.

Mikros MPC knew that the fight was not just about creativity but also about creating meaning for the market audience and budget optimisation for the brand. The question was how to create a high level of crafted assets for a brand within a perfectly tailored and fine tuned structure, hence optimising costs so that the client gets the biggest bang for its buck.

Hugo Allart, head of production at Mikros MPC testifies: “The pandemic put the whole industry into a corner and I knew that the companies that used this  time to rethink the process and bring a real holistic approach to the table  would come out winning.”

The problem was sizeable, the brand Thomson had a 120-year heritage; a timeless brand renowned for bringing innovation to the masses. Recognised by 99% of the French consumers, the brand is intrinsically related to quality, reliability and design. Yet, despite this positive outlook the brand had a referral issue with a restrictive marketing budget. So every euro counted and the outreach required was sizeable.

Mikros MPC decided to go straight to the point, develop a marketing strategy which pinpointed in a very clear manner the technological solutions developed by the brand and its products. Each unique selling point was highlighted for the Neo Z3 laptop with a 24-hour battery life, a smart Android-based television and a third product which will be released shortly.

This strategy was firmly based on the brand’s signature tagline which is ‘Thomson, friendly technology’. Mikros MPC decided to define the type of friend Thomson was going to be. Once the pitch was won, the scripts sold, Mikros MPC went about the process of production. For the moment, this all seems as classical as the previous processes we have already heard of. So where’s the innovation promised?

Well, the innovation was that the whole process was happening in-house. From brand strategy to the final delivery, every single component was being built by a tailor-made crew specific to the brand. The vision was simple, Mikros MPC had a history of curating and developing artists, screen writers, graphic designers and creatives. In short, Mikros MPC was a company filled with extremely creative talents, together capable of making some very cool stuff. All they had to do was join the dots.

So they went about making dream a reality. In January 2020 Mikros MPC had built the first fully bonafide one stop shop; from the director, post producer, creatives, creative director and strategic planner. All these departments were all in on the pitch right from the beginning.

How did this translate to the client? All the budgetary considerations were built into the creative process right from the start. In a real-world trail, the brand Thomson required three 20-second spots for three specific products and had the budget to be produced only in one day - this is pretty much unheard of. It was clear that these scripts required completely different storylines, locations and lighting. A shoot schedule with over 60 shots, this would normally take two days to achieve.

As Thierry Metayer in charge of trade mark licensing at Thomson, states: “Mikros presented a holistic approach, consisting of a comprehensive and  tailormade process which ran from brand strategy right thought to final  delivery with the high level of craft that we have come to expect from Mikros”.

Flash forward to March 17th. Just when everyone was aligned and ready with only one week from shooting, the pandemic hit and everyone was confined. Mikros MPC took this downtime to review the situation. They knew that the reopening wasn’t going to be ‘just like before’ so they had to revise the production schedule. It was evident that the scripts written would not work ‘as is’ while including the Covid-19 safety measures on set. Shooting after the pandemic had become a very slow process and created a lot of new restrictions. This is where the new creative production process kicked into overdrive.

Shaun Severi, creative director at Mikros MPC: “The covid crisis was a major  blow, but I was thankful to be with the right people in the right place. The  agility of the process and the team that we had set up at Mikros was perfect  to counter the problems we were having and that we were going to have to  resolve.”

To shoot the scripts now would take two days and the client didn’t have the budget to add on an extra day. So internally the decision was made to rewrite the scripts with the new restrictions in mind. This process literally only took a few days as the talent used to make the films was (as mentioned before,) all in house. The rewritten scripts ended up improving and sharpening the initial proposals.

Sebastien Crombez, licensing sales and marketing manager at Thomson  comments: “It was really exciting to see how the team at Mikros MPC were  able to bring real creative solutions in a fraction of the time, while not adding  any unnecessary stress to an already tight budget without compromising on  creativity and craft !”

Mikros MPC, being a true one stop shop, has all the required talents in-house to fully service the brand with its marketing requirements. Making the process easier and seamless for the brands as the person taking the brief is literally involved in the fabrication of the potential assets. This ensures that no information is lost during the process and no third party with a variable budget surprise is involved, giving a smooth and transparent production process from start to finish.

Claire Villeneuve, head of trademark licensing at Technicolor, concludes: “It  was the first time we have had the opportunity to work with an entity capable of managing our campaign assets end to end, with results going beyond our  expectations with the first video reaching 5.5 million views in less than two weeks. It’s an experience that we would be very happy to renew without hesitation.”