The fast-food chain's new ad edited by Rooster spotlights real Canadian families and their unique snowpeople designs highlighting that no matter how different we are, we are all made of the same snow 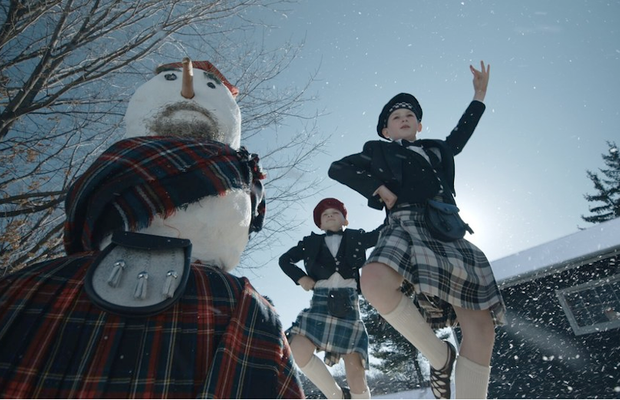 The first snowfalls across Canada signal the start of an age-old Canadian tradition: snowman-building. Today, those snowpeople are as diverse as the Canadians who create them - sticks, carrots and spare buttons are now seen alongside items like snow locs, eagle feathers and dupattas. This holiday season, Tim Hortons is celebrating diversity and inclusion and the ability to find happiness in even the smallest things, like building a snowperson, in the company's new holiday campaign - Snowpeople.

The ad was helmed by Canadian-Japanese director, Goh Iromoto, who was inspired by his own family's snowperson story. 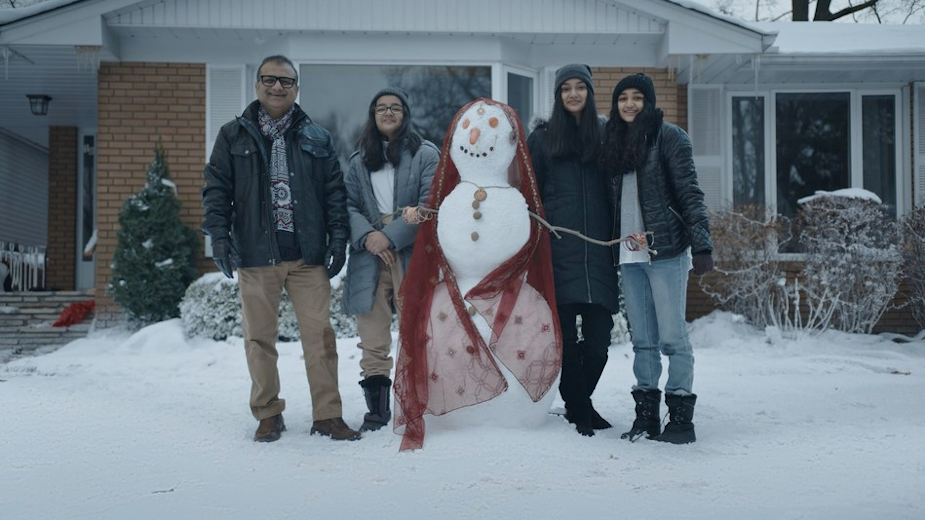 "As a Canadian born of Japanese descent, it's an honour to work on such an impactful campaign celebrating the different cultures, diverse backgrounds and inclusivity that runs deep throughout the veins of so many Canadians," said Goh. "What makes this ad spot so special, is that it goes beyond ultimately connecting us to our common humanity."

The spot was shaped by the submissions of real Canadian individuals and families across the country, who shared ideas for snowpeople that reflect their history, heritage, culture and inclusivity.

"When we set out on a journey to explore special moments in the lives of Canadian families, we thought the best way to do so was by hearing from them directly," says Hope Bagozzi, chief marketing officer of Tim Hortons. "The snowpeople submissions we received were incredibly powerful and showcased just how important it is for everyone to appreciate moments that bring us together."

Canadians submitted ideas for what could be included in the spot and twenty-one different designs were selected and brought to life. Some of the families and designs featured include:

- The Harrow family from Kleinburg who brought to life a Jamaican-inspired snowperson – dressing it with items like snow locs, a beaded necklace, flip flops and a pepper nose - bringing their Caribbean heritage to the forefront of a Canadian winter

- The Monague family from Christian Island, whose snowperson incorporates items that some Indigenous people take high honour in having possession of. These items include beadwork and eagle feather plums from regalia, the four colours of the medicine wheel and a dream catcher

- The Azmat family from Pickering, who created a snowperson dressed in a classic and delicate dupatta to represent and pay homage to their traditional Pakistani and Indian heritage

- The Kaiser family from Thornhill, whose snowperson is a representation of a mother who despite being in a wheel chair, participates in inclusive activities with her daughter, including pulling her around on a sleigh tied to the back of her wheelchair – a fond memory the two continue to cherish

- Kristen Kownak, from Iqaluit, designs their snowperson using a traditional Inuit amauti to carry a baby in a pouch on their back. The large hood on the back is used to shelter both the carrier and baby from bad weather. The headpiece, a qaurutik, as seen on the snowperson, is worn by women for performances or as a sign of leadership, traditionally were handed down within families and are highly valuable. The kamiik for the feet are hand-sewn, waterproof boots still worn today by children, women and men.

Snowpeople, which was developed by creative agency GUT and edited by Rooster, launches today on TV, web and social media across Canada. Visit the website for full stories on the individuals and families featured who inspired the spot.