Tourism New Zealand Campaign Inspires Kiwis to 'Do Something New' 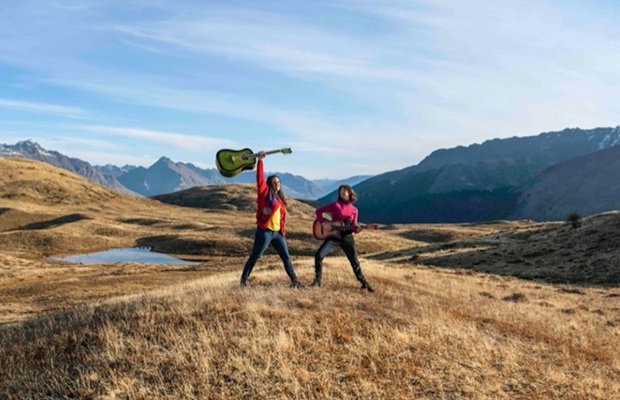 Tourism New Zealand and Special Group have partnered with two of New Zealand’s funniest comedians to release a new summer tune, all in the name of supporting domestic tourism.

The song written and performed by Madeleine Sami and Jackie van Beek is named ‘Do Something New, New Zealand’ and invites New Zealanders to infuse an element of new into their next holiday in Aotearoa.

Says Sami: “Whether it’s doing something new in your hometown or visiting an entirely new corner of the country we thought there was no better way to inspire Kiwis to get out there than by song!”

Says van Beek: “We live in such a beautiful country and our domestic tourism industry sure could do with some help right now, so it’s a great time to get out and about!”

Shot by internationally acclaimed Kiwi director Joel Kefali, the music video showcases Are Zealand destinations across North and South Islands. From alpacas to art galleries, steaming mud pools to steaming dumplings, there is something for everyone in the music video, and New Zealand.

Says Sami: “We had so much fun writing this song and exploring New Zealand while filming the video. There were so many places I hadn’t been before, my favourite was eating crayfish and chips for breakfast, nestled between the rugged mountains and wild sea in Kaikōura.”

For van Beek, watching the sun come up in Kaiteriteri was a standout highlight: “I’m already talking to the family about an Abel Tasman trip next summer.”

The song, a collaboration between Tourism New Zealand and Special Group, even showcases New Zealand’s love of “giant things” with the L&P bottle in Paeroa and the carrot in Ohakune getting a special mention.

Says van Beek: “I’d never been to Hobbiton so that was a treat. We didn’t have time to get to the Green Dragon Inn so I’ll definitely be heading back there for a beer.”

Tourism New Zealand chief executive of tourism Stephen England-Hall says the message needed to be bold and catchy to inspire Kiwis and challenge perceptions about that a holiday in New Zealand can look like: “Tourism is vital to New Zealand’s recovery and we want to inspire New Zealand’s to do something new and explore their own country like they do when travelling overseas, rather than relying on routine and going to the same places every year.

“Every time someone head into a new region, they don’t just visit tourist attractions. They shop at local retailers, book hotel rooms, eat at restaurants supporting employment and community growth.”

Says Tony Bradbourne, CEO, Special Group: “We wanted to get the simple message of ‘Do Something New, New Zealand’ out there in a positive and fun way. Madeleine, Jackie and Joel have set a great tone that we really hope New Zealand takes to heart – whether it’s trying something new that’s big or small. Every bit helps another kiwi.”

Listen to the song on Spotify here.