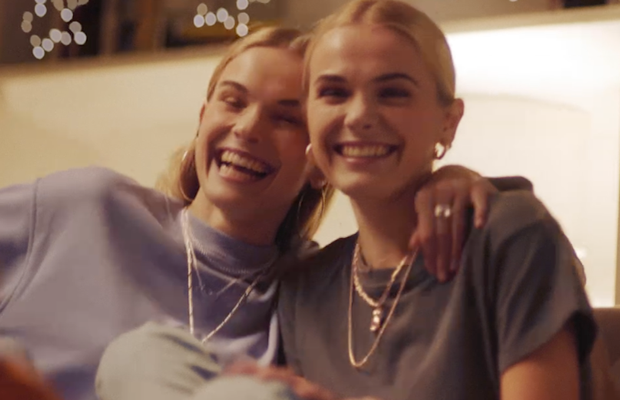 After 100 years of celebrating Christmas, this year TOUS is launching its Christmas campaign in an emotional appeal in a particularly uncertain year by wishing the best that can be wished in times like these, that it can be normal or as normal as possible.

The people, traditions and times that make Christmas special are indeed a celebration of life, and they are all still around. “We wish you a Normal Christmas” is a concept that turns our idea of a 'Merry Christmas' into something with a far wider and empathetic context in the current situation we are experiencing in a year in which we have all been in the same boat.

The campaign, devised by LOLA MullenLowe, will be launched this weekend and will be run throughout the Christmas season on TV, digital media, billboards and leaflets in more than 30 countries around the world.

“We wish you a Normal Christmas aims to encourage people to appreciate traditions, details, moments, and wish you the best we can wish for this year, which is to have a Christmas as normal as possible. At the planning level, although the campaign is 360º, the weight of digital media and TV is clear, thus adapting ourselves to the new media consumption habits that the pandemic has generated”, says Anaïs Durand, marketing director TOUS.

And commenting from the creative agency LOLA MullenLowe: “I think everyone at some point has wished that things would just go back to normal this year and as much as we want Christmas to be a special time of year, we now appreciate that if it’s normal then that is something to celebrate.” Néstor García and Nacho Oñate, executive creative directors.