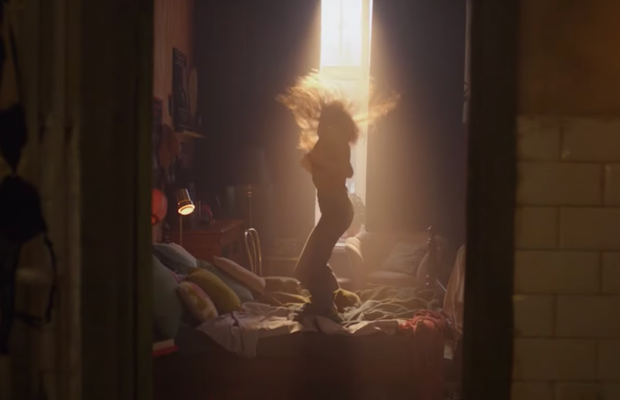 DIESEL is proud to announce the launch of its new film, titled ‘Francesca.’ Directed by Francois Rousselet - and realised with the advice of Diversity, an Italian association committed to promoting social inclusion - the short video features a young woman who is assigned male at birth. The film sees her transitioning through life, in feats both big and small, as she achieves her dreams.

‘Francesca’ debuts at the commencement of Pride month, and the film express DIESEL’s ‘For Successful Living’ spirit, as the brand fully supports the freedom to do what makes one happy, and the freedom to 100% live one’s individuality.

In the short, Francesca is played by model and activist Harlow Monroe. Rousselet tracks Francesca’s transition over time, and the viewer sees Monroe embracing herself as she comes into her true identity. Throughout the vignette, a Christian cross motif appears - including from the very first scene, as a pendant. She does not hide her transition; Francesca is seen recognising herself as female on an application. The final scenes show another ultimate desire: Francesca enters a nunnery, swapping her DIESEL denim for a habit, fulfilling both her own intentions and the pursuit of her faith.

‘Francesca’ follows in the footsteps of DIESEL’s signature progressive campaigns, in which the ‘For Successful Living’ philosophy, as always, retains one paramount meaning: being true to oneself is the single most important element of life.

“I am very proud of ‘Francesca,’ and of the DIESEL values that inspired this story. When we created ‘For Successful Living’ many years ago, our thought was the same then as it is today. Individuality, pride, and the power to live as one wants is the ultimate success in life,” says Diesel founder Renzo Rosso.

“I truly responded to the story of ‘Francesca,’ because, like me, she has always been a believer. I’ve always known my true identity, and I’ve never stopped believing in my ability to live the life I wanted. It takes personal bravery, and family support, but we both made our truths a reality, and now we can tell the world our story and how we reached our version of successful living,” says Harlow Monroe.

“To determine true social change towards gender equality and inclusion, it is essential to speak to young people, and not only, in the right way, offering them stories of breaking and overcoming stereotypes, and the short story ‘Francesca’ by Diesel fully responds to this need,” says Francesca Vecchioni, founder and president of Diversity, the group that collaborated with DIESEL in the making of ‘Francesca’.

As a component of Pride month celebrations, and to fete the release of ‘Francesca,’ DIESEL will partner with world-renowned Club Quarantine for the first 24-hour global digital party, connecting many cities around the world, and hosted on Zoom in late June. Socialising has changed drastically - we are in the virtual rave age, and through digital innovation, DIESEL and Club Quarantine demonstrate that, no matter what or where, there is no substitute for community.

Following the release of ‘Francesca,’ DIESEL will introduce its 2020 capsule collection dedicated to Pride available worldwide through retail, wholesale and trade channels, and the full line may be purchased through www.diesel.com.

The campaign’s overall creative concept and execution was overseen by Publicis Italy.

Heineken Humorously Reminds Us of the Dangers of Drink Mixups