Travels in a Former War Zone: How Chevrolet Brought ‘Finding the New Roads of Colombia’ to TV

A Discovery channel documentary broadcast across Latin America unlocked a stunning landscape with a history of danger and violence. Commonwealth/McCann's Samuel Estrada chats to LBB’s Laura Swinton about an ambitious branded entertainment project 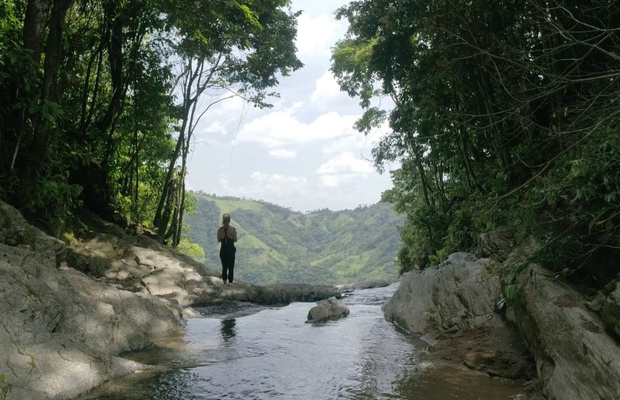 Lockdowns across many parts of Latin America have made travel something that most people can just fantasize about, but a new documentary broadcast on Discovery Channel is proving to be the adventure fix that viewers need.
‘Finding the New Roads of Colombia' is the brainchild of the team at Commonwealth/McCann Colombia and a project that was two years in the making for their client, Chevrolet. It explores Caquetá, one of the most biodiverse regions in the country, and a gateway to the Colombian Amazon Rainforest. It’s also one of the least explored territories in the country as it was a place historically held by the FARC guerrillas, associated with violence and kidnappings.
Samuel Estrada, regional director of CW/McCann South America West talks about pulling together the project, the history of the region and insights about creating branded entertainment for broadcast TV.

LBB> This project was two years in the making! Can you tell me about the initial seeds of the idea or the conversations that initially took you down this road?

Samuel>  “New Lost Roads” was an idea that came as a way to actually bring the brand purpose of Chevrolet to life, to take a step further and experience the brand purpose to keep it meaningful in people’s lives. As a creative team we were always curious about how the territory that was a war zone for many years would look like now, how the communities that live in this area were dealing with this new way of life, how they were coping with a new reality. And we thought that there was no better brand than Chevrolet to show this to the world, a brand that has been part of Colombian history, a brand that can claim that is most likely the first car any Colombian had and a brand that has been part of this country for more than 60 years.

LBB> What was the underlying strategy for Chevrolet that drove this project?

Samuel> We are always looking for a way to turn “the find new roads” purpose into a reality, and this idea captured the essence of what we are saying. And we try to do it in a way that is contemporary, that understands what people are watching and what people do today. We are completely convinced that the communication we do has to be relevant, interesting and part of culture. So, we saw an opportunity to do exactly that.  Chevrolet SUV and pick up products have everything we needed to take us to discover this new territory, this country inside a country. All we had to do was to make it happen. And we explored every possible road until we found a way.

LBB> It seems that there is a particular emotional resonance for Colombian viewers as the series investigates an area that was previously off-limits to people who wanted to appreciate the landscape and explore because of violence. Why did you want to tackle this specifically?

Samuel> San Vicente del Caguán was the town where the first peace negotiations started more than 18 years ago. Those peace negotiations included that the government cleared out of more than 42,000 square kilometres. So basically, this territory belonged entirely to the Guerrillas. Due to a commercial airplane kidnapping by the FARC´s, the government decided to end this peace talks and retake this territory from the Guerrillas, obviously this became a war zone. Nobody in their right mind would dare go there. Even locals stayed mostly inside their towns and villages and mobility was very restricted until the peace agreement signed in 2016.
This territory is full of the most amazing landscapes, it is the door to the Colombian Amazon forest. It is full of clear water rivers and waterfalls; amazing canyons and the people have some incredible stories. Why should it stay hidden as it had been for decades if we could bring it out to the world? To show and promote this incredible huge part of the unknown Colombia was the chance of a lifetime. 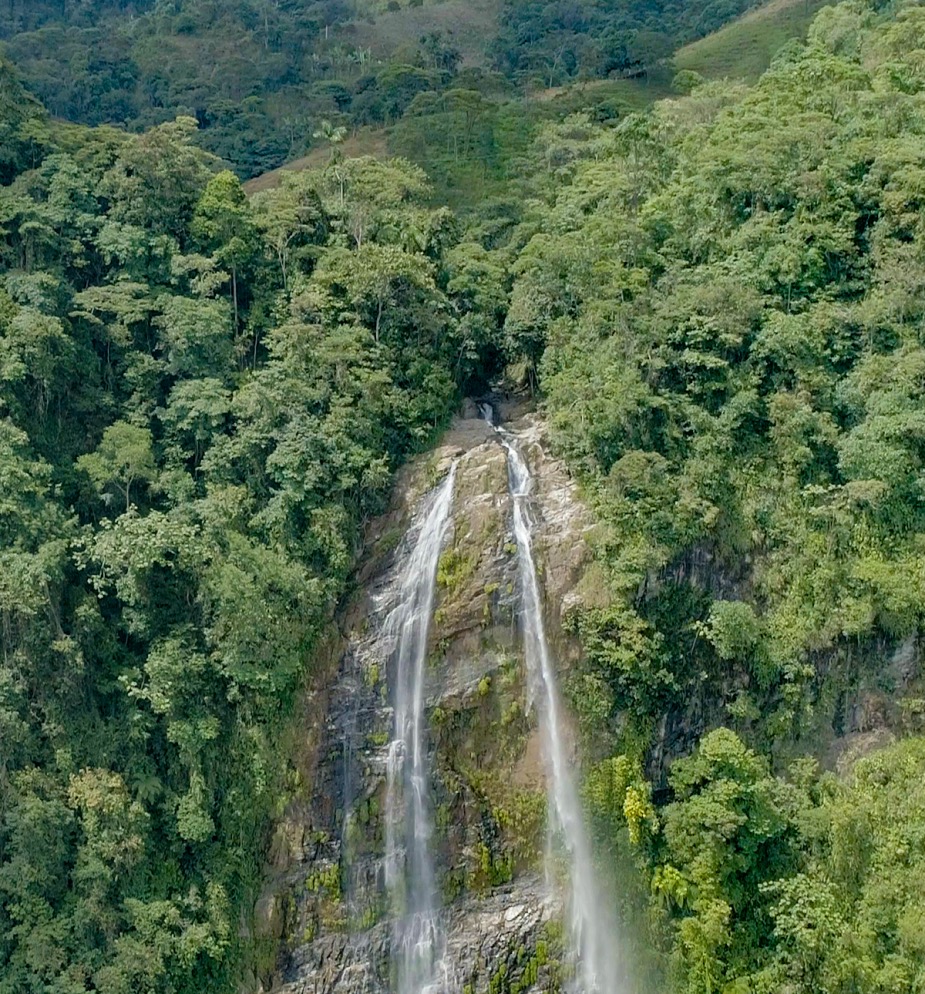 LBB> I'm curious, generally, about how much internal tourism there is in Colombia, are people really into exploring their country and are there any interesting trends around that? Is it a popular destination for tourists from other Latin American markets?

Samuel> Colombia has huge internal and regional tourism. There is an incredible number of destinations for all types of tourism. Huge mountain ranges with fantastic sites and amazing views, paradise like Caribbean clear water beaches, such as San Andrés and Tayrona Park. Historical cities such as Popayán, Cartagena and Villa De Leyva to name very few. In South America, Colombia is a very popular destination. However, nobody thought of San Vicente del Caguán or Caquetá as one. Hopefully, they will do from now on.

LBB> How did you go about aligning the interests of Chevrolet and Discovery Channel?

Samuel> As I mentioned before, this idea took more than two years and in the process of trying to make it happen we reached out to many possible partners. Even some production houses in Los Angeles heard this idea. Discovery listened to it and reached out to have a meeting and discuss how we could partner. It was a perfect match, it was a contemporary branded content development with a brave brand that wanted to find the new, old roads, rivers, waterfalls, valleys, caverns, stories of a piece of Colombia that nobody knew about and the Discovery network, as the name expresses, looks and produces this kind of content to place into its system. So, we had to figure out the logistics and get to it, and that´s what we did.

LBB> How did creating a show like this for broadcast differ from making, say, an extended piece of branded content for an online audience?

Samuel> We have to be completely aware that, first and foremost, people tune in to be entertained.  That is what broadcast is about.  We have to be very careful not to intrude, to be relevant, to make sure our brand has a purpose and a role in the content. That is something that we had in mind from the start. And when the whole team is aware of that we can work and produce, thinking for the audience and what our role is in the project as a brand.

LBB> What were the most interesting production challenges and what did you learn from them?

Samuel> There were a lot of challenges during the whole production but without a doubt the most important was to portray in the right way the transformation that this territory had gone through and how people who used to carry a rifle in their hands a few years ago, now they’re working to build a better future. In a country that has been extremely polarized by war and the peace process, trying to show this with the right balance without taking a political position was not only a challenge for the production but for the storytelling as well. As a side note during the whole production every single person was welcoming and willing to show and talk about this new reality, no matter how hard, complex and difficult the process has been. 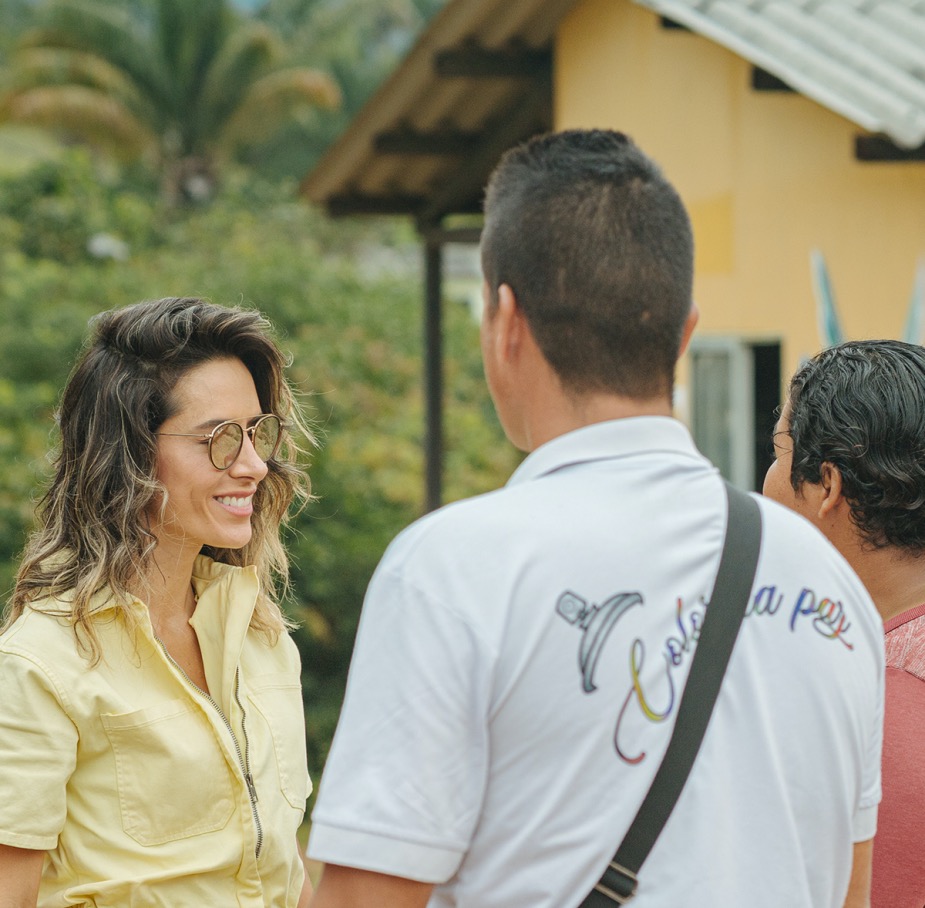 LBB> What impact did Covid-19 have on the project? Did it interrupt the shoot at all or change how you approached it?

Samuel> We had to take every biosafety measure we were instructed, constant testing, no socialising outside the production crew, and facemasks. We had morning and night check-ups with the production doctor. It was a tight ship.

LBB> I can imagine there were too many incredible memories from this project to mention, but what moments really stayed with you personally?

Samuel> Lots of moments to talk about, but one really special was getting to know the Warriors football Club, a club where amputee ex-guerrillas, ex-para militaries and militaries play soccer all together every week was a life lesson on resilience on forgiveness and reconciliation. This is an example for the world on how to look forward. And the way they play football, it is inspiring and humbling. The story behind each person and their personal ordeal was something that will stay with me. This was not only a journey through physical unchartered territory but through an emotional one as well. Re-discovering the country I have lived all my life and understanding a little more, going beyond the news and actually knowing these places gave a whole new perspective. I hope it does not sound too corny, but if it does, well, that´s the truth.

LBB> What did you learn from approaching this not just as strategists, creatives and producers but as journalists? Is this something that you think brands and agencies can benefit from?

Samuel> We learned a lot from María Alejandra Cardona on how to approach every interview and the way that through a conversation she started to reveal deep human truths. This is something that without a doubt was a great learning experience. Every time a human truth is discovered, a way to connect opens up, so about your question, yes this is something that everybody who is looking to create meaningful connections can benefit from.

LBB> Who did you work with in terms of production service on the ground and what did they bring to the project?

Samuel> FOX TELECOLOMBIA was the production house, and from the first minute they knew about the project they were as excited as we were. They went above and beyond to ensure we captured every emotion, every special place and we worked as just one team during the whole production.