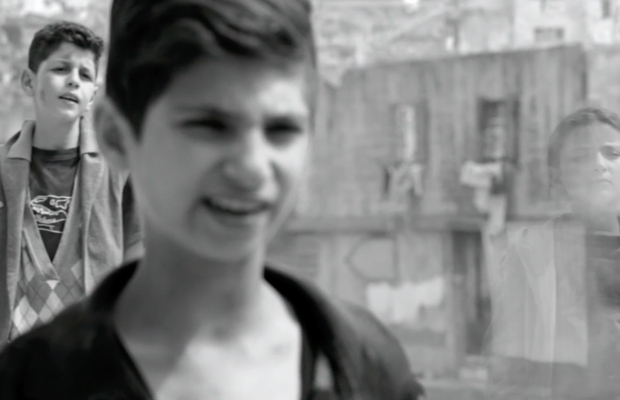 As a humanitarian crisis unfolds in Afghanistan: almost 23 million people facing severe hunger, a global cinema advertising campaign featuring leading names from the film, advertising and humanitarian worlds, and aimed at stirring UK cinema audiences into action to tackle global hunger, includes the people of Afghanistan in their campaign to fight hunger. SAWA, the Global Cinema Advertising Association, in association with the UN World Food Programme (WFP), the world’s leading humanitarian organisation fighting hunger worldwide, created the ‘Feed Our Future’ campaign to highlight the potential that is lost every time a child dies of hunger.

Starting today, ‘Feed Our Future’ will air across cinema screens in the UK. The 60-second cinema advertisement was conceived by advertising legend Sir John Hegarty and The Garage Soho.

More than half the population are facing acute hunger and 3.2 million children are suffering from malnutrition. Fuelling Afghanistan’s hunger crisis is a crashed economy that comes on top of years of conflict, severe drought, and the socio-economic impact of Covid-19, that had already left millions destitute. Cash shortages, jobs losses, and unpaid salaries have pushed millions more into hunger and despair, following a rapid suspension on international aid and the freeze of the country’s overseas assets.

The 60-second cinema ad was directed by Nick Gordon and conceived by advertising legend Sir John Hegarty and The Garage Soho. The chilling narrative opens on a scene of destruction torn straight from today’s headlines where conflict and hunger are deeply intertwined. We see children playing in rubble and gazing out of bombed-out buildings. Softly, a small chorus of voices begins singing ‘How Can I Tell You’ by Yusuf Islam/Cat Stevens. As the short film progresses, one by one these children disappear until only one voice remains -- an unnerving conclusion that mirrors the harsh realities faced by the three million children around the world who lose their lives to hunger or malnutrition each year. The audience is then prompted to help keep the dreams, aspirations, and potential of these children alive by visiting wfp.org. Following the ad, the audience is asked to take part in creating a world with Zero Hunger by downloading ShareTheMeal, the world’s first app against global hunger.

“The creative challenge here is to find a way of engaging the audience without resorting to endless images of starving children. Creating empathy by reminding the viewer that when a child dies, we all lose,” said Sir John Hegarty.

“Hunger is a major global issue. It is therefore fitting that the Cinema medium, with its global reach, should be proactive in driving awareness for the World Food Programme. Millennials who are educated, socially aware and a hard to reach demographic, make up a large part of the Cinema audience and these are the people that can and will facilitate change. Since 2015, the Global Cinema Medium has stepped up to support the Sustainable Development Goals and we are committed and beyond to make the World Food Programme famous by using the power and impact of the Cinema Medium. SAWA encourages other mediums to do likewise,” says Cheryl Wannell, CEO of SAWA.

At a time when 811 million people go to bed hungry each night, the cinema medium is helping people to act now to ensure the world moves closer to ending hunger.

Thanks to SAWA and its network, and the support of UK based member Pearl and Dean Cinemas Ltd who distribute the ad, ‘Feed our Future’ will run for an eight-week period throughout Cinemas in the United Kingdom.

Kathryn Jacob OBE, CEO at Pearl & Dean, said: "This is a very powerful and moving advertising campaign about a major global issue. Not only is this campaign designed to raise awareness, but it’s been created to drive impact that can be turned into real action. There is no better platform to demonstrate the urgency of this appeal than on the big screen which, unlike other forms of advertising, commands the full attention of an audience. We are incredibly honoured to be working with SAWA and the WFP to showcase this important campaign across all Pearl & Dean cinemas and to have a role in driving action for such an important cause.”

For more information about the ‘Feed Our Future’ advertisement and campaign, and to learn how to get involved in creating a world with Zero Hunger, please visit here.

The Blind Man Who Could See: A Creative Philosophy from Sir John Hegarty