Unbox Imagination: The Making of Smarties First Campaign in 10 Years 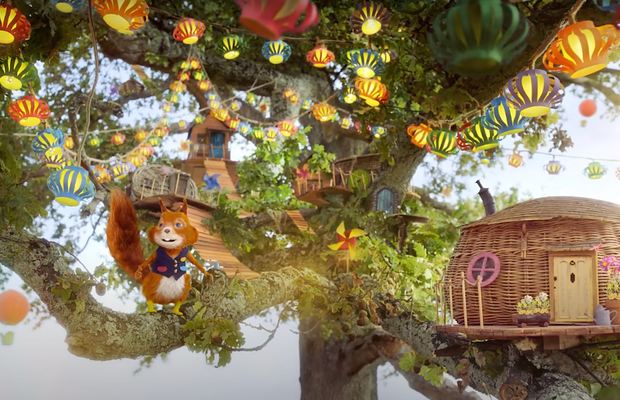 Being asked to oversee the creation of the first campaign for Smarties in 10 years (for the UK audience, at least), was literally a ‘kid in a sweet shop’ moment. As a creative leader in advertising, top of the job description is to spark the imagination of others and conjure up wonderfully imaginative ideas.

So, when the brief landed to spark imagination in bright young minds, it was both a gift and, well, kinda daunting. Imagine the pressure on creative teams to imagine up a truly imaginative ad that sparks imagination?

Of course, it’s never quite that simple. We couldn’t just imagine away with complete child-like abandon, there was the grown-up business of needing to convey that it’s the rattle, the colours, and the crunch that make Smarties so special; that they are now available in paper packaging; and that this was a treat to be enjoyed responsibly with Mum present. Oh, and the idea had to work in multiple countries, so couldn’t rely on language.

Colouring with abandon… inside the lines.

The challenge was on. First and foremost, we purposefully set out to creatively explore and stress-test: ‘What does imagination look like for Smarties?’ What makes it ownable and recognisably Smarties compared to the imaginative worlds prompted by other confectionary. For example, some competitors offer an, arguably, prescriptive form of imagination by providing a specific plastic toy. Sure, it can lead to imaginative play but only in relation to that physical toy.

Rule one for our imagination: It was to be free, not framed. We wanted to acknowledge and encourage the fact that each child has an entirely unique imagination.

And of course, the stimulus in our case would be the unique colour, rattle and crunch of Smarties. A tactile product with no additives helped steer our creative choices away from a CGI world towards a tactile, hand-crafted, imaginative world. It felt right that an imagination triggered by Smarties would co-exist and interact with the real, active world – rather than a slick, computerised virtual reality. They’d spent enough time on screens during lockdown, after all.

As we developed our cheeky squirrel character - concocted in Ellie, our protagonist’s mind - slick CGI perfection was not the order of the day. I mean, if you asked a child to draw their imagination it would be a bit of a wonderfully wonky affair, right? 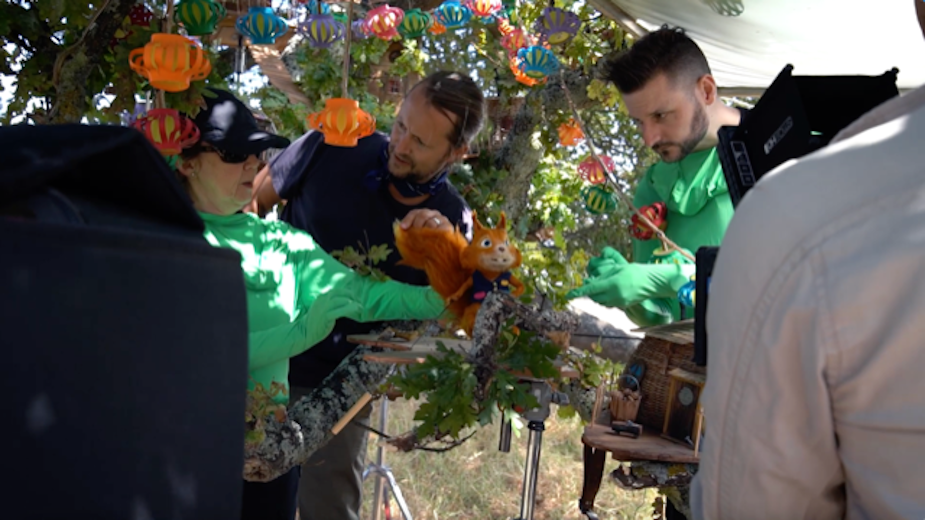 Ok, so the wonkiness did get ironed out of the furry little character by the time we shot but by using a puppet we embodied a tactile, innocent imperfection reminiscent of a young imagination on the roll. Creativity comes before perfection when it comes to the quick-witted imagination of an eight year old.

We worked with the brilliant director, Simon Willows, all through the development and craft of the puppet squirrel character. Defining the squirrel’s colouring, range of motion, and…personality. When the puppeteers picked brought the squirrel to life in rehearsals it was mesmerising. The puppeteers had both worked on Spitting Image, amongst other things so we were literally in good hands.

They wore green head-to-toe one pieces so we could remove them in post and, let me tell you, that is a look.

Engineering how the paper packaging would transition to become his colourful waistcoat was no mean feat. We captured it in camera with sticks attached to it, operated by the puppeteers, and then removed them in post. 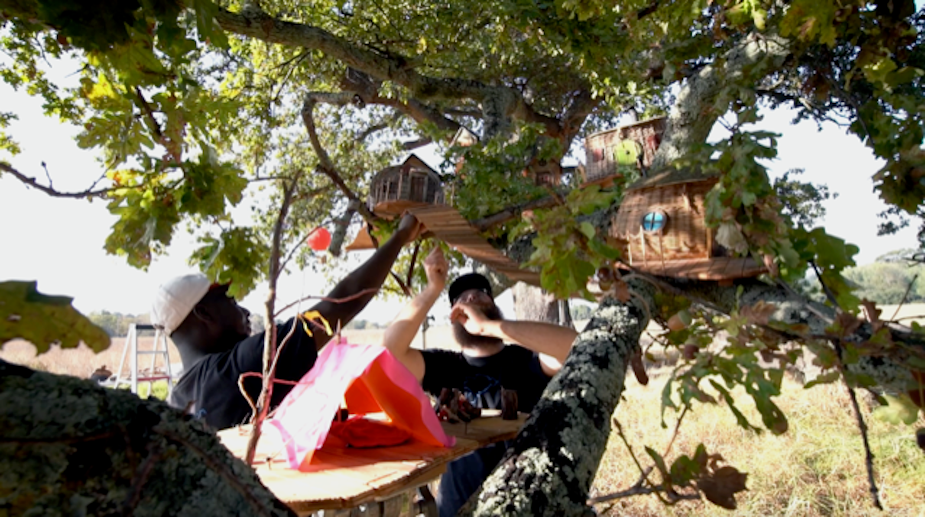 For the magical treetop world, the squirrel inhabited, we created colourful, paper-y props– a further nod to the paper packaging. These intricate props were all literally dressed into a beautiful, vast old oak tree in South Africa and captured in camera. Wicker picnic hampers were fashioned to become squirrel-sized homes and strings of brightly coloured paper lanterns were handcrafted in shades of Smarties.

The ad culminates with these paper lanterns magically illuminating the whole scene as the squirrel places a Smarties lentil into a slot on the tree. Then ‘poof’, the cheeky squirrel disappears in a puff of smoke, tumbling from the branch and landing as the Smarties pack shot.

The ad is currently on air, sparking imaginations across the UK and beyond.