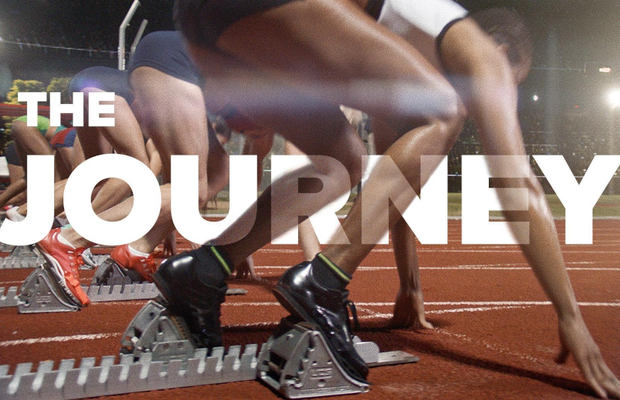 Refugee Olympic and Paralympic Team athletes have a story like no other. Released today, 6th April, to mark the UN’s International Day of Sport for Development and Peace, UNHCR’s latest social media video ‘The Journey’ tells the dramatised story of a female refugee who has had to flee her home to escape conflict and persecution. The film, created by award-winning creative agency Don’t Panic, shows that the arduous journey to freedom isn’t an easy one, as her life is constantly on the line. Eventually, having reached safety, she stops running away from something and starts running towards something; a medal.

Working with directing collective Pantera at Anonymous Content, authenticity and credibility were paramount to ensure the film was an accurate portrayal of a  refugee’s journey, grounded in real life stories. To ensure this, Don’t Panic and Anonymous Content worked closely with UNHCR, the UN Refugee Agency to collaborate with two of the IOC Refugee Athlete Scholarship-holders to make sure the real experiences of those who have been forced to flee their homes were woven into the narrative. Two refugee athletes hoping to compete at this year’s games, Rose Lokonyen and Asif Sultani, were consulted at every phase of production.

In post production, sound became a vitally important part of ‘The Journey’, bringing scale to the different environments, like the conflict in the opening scene. It allows the viewer to make a deep human connection with the protagonist; her deep breaths bringing intimacy to the scale of the journey.

Rose Nathike Lokonyen, member of the IOC Refugee Olympic Team in Rio 2016 and a High Profile Supporter for UNHCR collaborated on the video’s production: “The story of ‘The Journey’ is similar to my own and that of my fellow refugee athletes. I’m training hard in the hope to get to Tokyo. I want to help people everywhere better understand the lives of refugees and the power sport can have to change lives. I hope people will support the Refugee Olympic and Paralympic Teams.” (Rose is a UNHCR HPS and a South Sudanese refugee living in Kenya).

Rick Dodds, creative partner at Don’t Panic: “One of our biggest challenges creatively was to make an emotionally impactful film, whilst keeping the protagonist anonymous. We chose to show only her legs, as this allows our film to be representative of many refugees’ journeys. Emotion so often comes from a person’s face, their expression, the look in their eyes, the words they say and with this film, we simply had a pair of legs. We also quickly realised that we couldn’t have her running in every single scene as the film would only have one note. So the choreography of her movements, when she’s walking, turning, stopping, sitting, became our most vital tool to create emotion.”

Pantera at Anonymous Content: “We had an amazing team, with a lot of great talent willing to collaborate given the objective of the film. To be able to feel what our character went through and create a strong atmosphere, only through the language of her legs and sound design, is an incredible achievement. With thanks to Gaby Carcova who produced it locally, art director Muriel Rañi, Delia Estudio on wardrobe, Paul Hardcastle out of Trim London, Time Based Arts and String & Tins, who all helped execute this amazing project.”

UNHCR’s director of external relations Dominique Hyde: “We at UNHCR are so proud to support the refugee athletes training for the Olympic and Paralympic Games. Against the odds, these extraordinary athletes have kept their dreams alive to represent millions of refugees around the world. Together with our partners the IOC and IPC we’re dedicated to a world in which all those who have been forced to flee – including those with disabilities – can access their right to sport and play at all levels."

There are currently over 60 refugee Para athletes and athletes training in the hope of competing at the Tokyo 2021 Olympic and Paralympic Games. UNHCR, in partnership with the International Olympic Committee (IOC) and International Paralympic Committee (IPC), supports the current refugee athletes who – despite the challenges of displacement and the Covid 19 pandemic – continue to train to keep their dreams of competing in Tokyo alive.

As the world’s leading agency protecting people who’ve been forced to flee their homes, UNHCR knows that sport is more than just a leisure activity; it has the power to bring hope, heal and help refugees reclaim their futures. With over 80 million now displaced people worldwide, UNHCR is working together with governments, the sporting world, civil society and refugees everywhere to build a better world in which every person forced to flee – including those with disabilities – can access and participate in sport, at all levels.