Unity and Shared Experiences: What Can Marketers Learn from England's Epic Euros Adventure? 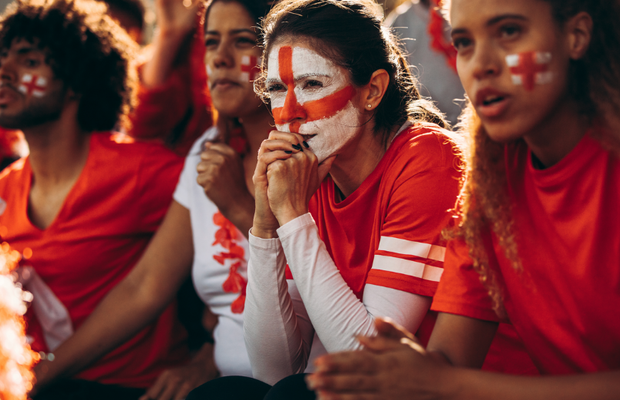 Where were you when Harry Kane scored England’s second goal against Germany? Even those not watching the game will no doubt have heard the roars of celebration bellowing through towns, neighbourhoods, and pubs across the country as England broke a 55-year curse at Wembley.

In the context of England’s hitherto successful summer at Euro 2020, it was a huge moment. We’ve all been through so much, and Kane’s goal symbolised the cathartic experience of watching this team - together - enjoy such success. It feels like the kind of moment that could mark our country’s emergence into a post-lockdown world, one in which we can all share in these moments of joy and celebration alongside each other once again.

For those of us in the business of communications and marketing, it’s a cultural event that can’t really be ignored. There are plenty of reasons for that - not only has it written a new chapter in our national story (the idea that England always loses to Germany had become pretty ingrained over the past five and a half decades), but the lessons it teaches us mark a departure from the trends of the last year - and indeed from the dominant culture in our industry at the moment. Let me explain.

Some Of The Crowd Are On The Pitch

Firstly, we should be careful not to overstate how popular football actually is during regular times. According to research from YouGov, 44% of Brits - fewer than half - say that they ‘like’ the sport. That being said, these tournaments are obviously moments which transcend the regular football-watching crowds and spill over into wider culture.

We’re often told, with good reason, that the cultural narrative of the past decade or more has been one of fragmentation - of different subcultures, media outlets and, by extension, advertisers, catering to different types of people. But according to more research from YouGov, carried out just before England vs Germany, support for the national team is incredibly unifying. Of the whole country, 56% said they would support England against Germany (with 37% saying they didn’t care). Breaking that down into age groups, 52% of 18-24 year olds would be supporting England, along with a remarkably similar 54% of people aged 65+. Politically, it’s the same story - 56% of Remain voters were cheering on the Three Lions, compared to 58% of Leave voters. A negligible 2% difference. Even gender, historically something of a problem area for the sport, is proving no barrier. 58% of men in the country were supporting England, alongside 54% of women. Put simply, football is bringing the country together at a time when everything else seems to be tearing us apart.

So rather than being a reflection of a changing national mood, the European Championship is big enough to be a catalyst that changes the national mood by itself.

They Think It’s All Over

So, how should advertisers respond? Let’s start by evaluating our assumptions. For the past 18 months or more, the average person has been living in somewhat of a cocoon.

Although we’ve all lived through the shared experience of the pandemic, it’s been an inherently isolating one. Millions of us have been confined to our own four walls for months at a time, and government guidelines have reduced the amount of human contact we can expect on the occasions we have ventured outside. For marketers, this has paired well with data-driven targeting that speaks to people as individuals.

However, that individually-focused mindset might well be about to change. It’s natural to expect a reaction to the time we’ve all spent cooped up and socially distant, and the outpouring of joy we’ve seen during the Euros is proving to be a real-world example of something many of us have suspected for some time: Namely, that we are all desperate for shared experiences which unite us.

Advertisers should take note - rather than drilling down into targeted, individualised ads, people are looking to be brought together as a collective. Already, we’re seeing brands recognise this and put out some pitch-perfect work. Extras’ brilliantly bonkers ‘For When It’s Time’ ad comes to mind as a strong example of this.

So the lesson for brands to take from England’s epic European adventure so far is to lean away from the individual and into the collective.

If we can get that right then maybe, just maybe, advertising is coming home.