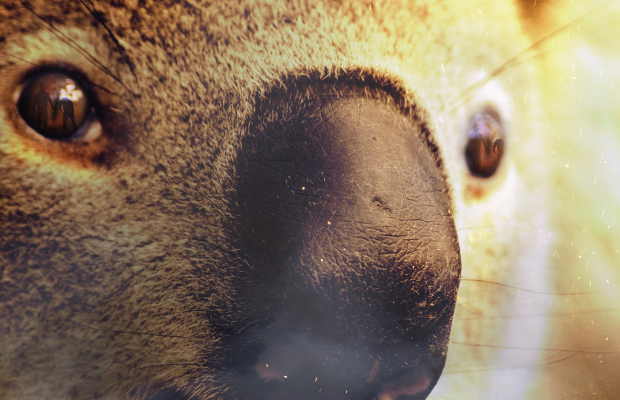 The inferno that has raged across Australia this summer has left the country scarred and bereft, 25 people and an estimated one billion animals dead. It’s brought the advertising industry face to face with the reality of climate change and the loss of biodiversity. The ad industry and brands have long embraced words like ‘green’ and ‘sustainability’ but more often than not as trendy buzzwords. Now, as the country seeks a way forward, and people process the tragedy, what impact will it have on agencies and brands? Fires are still flaring up, but to get a handle on how this might change things in the short and long term, we spoke to Host/Havas chief strategy officer Olly Taylor.
LBB> What has your experience been like of the situation where you are in Australia?
Olly> We are based in central Sydney on the harbour – our experience has been thick smoke coverage, red skies and falling ash on a scale never experienced in Sydney before in anyone’s memory. Face masks were very present, school sports were cancelled on multiple occasions, and all in all it felt Armageddon-like.
It was at its worst in the weeks running up to Christmas but even last week we had a day like the above with the air thick with smoke. It has been impossible to miss and been present in some way all summer.
LBB> I've seen agencies and individual creatives respond with projects to raise money for relief efforts and it feels like, really, people need to process it and need to feel useful. Are you seeing creatives in your team reacting in similar ways?
Olly> Yes, there has been reaction across the board. As a Havas Village we have raised upwards of 70k AUD. The network doubled all individual contributions to the Red Cross. In the creative department specifically, we’ve initiated briefs with clients like Avis to get people back on the road to support regional communities and a designer in the team has created a range of cards now available on Etsy. Others have signed up to train as volunteer rural firefighters and we’ve held events with firefighters sharing their experiences.
Everyone has been highly affected by this and being confronted on a daily basis with news of severe loss and suffering there has been a groundswell to help in a way I haven’t seen in Australia in the 17 years I have been here. People have been genuinely moved by it all.
LBB> Long term do you think the experience will have an impact on how brands talk about the environment and conduct themselves and practice sustainability?
Olly> Yes, this has been a watershed moment. Australia has always had fires, but this season has been more violent, longer and brought unprecedented suffering. It feels like the fires have acted as a lightning rod for pent-up frustration with Australia’s sustainable behaviour at a government and consumer level. It feels like a turning point in which sustainability has moved from hipster to the mainstream. The change is that people have seen a physical embodiment of climate warming and the vast majority of the population accept that things need to change.
For a county blessed with such sustainable sources of energy, I think people are waking up to the responsibility of being the world’s largest exporter of coal. This, coupled with widespread droughts, has left people questioning more of their day-to-day behaviour. Most brands are considering their sustainability stance. There is no doubt that sustainability in Australia is a new phase of business. Whilst in the UK this, I think, has been more prevalent for longer, it’s really only becoming fully mainstream here in Australia now. Sustainability will begin to affect every purchase decision more and more from now on. It’s still in its nascent stages.
LBB> What sort of conversations have you been having with colleagues and clients about the whole situation?
Olly> Some have changed their strategies, some have decided to carry on as usual, but every brand we work with has taken a step back and looked at how the fires and sustainability in general affect their marketing. Brands want to help but equally are aware that they need to be relevant.
The conversations that we have been having most are with our clients in the travel category. There are organic and brand driven campaigns (of which we are involved in a number) about encouraging people to help with the recovery of the fire-ravaged communities by visiting them and spending money and sharing support. What feels positive is the community reaction to the fires. The initial government response was seen as somewhat uncaring and tone deaf and since that point there is a groundswell of people wanting to help people.
LBB> I was wondering if being so close to the situation has made you re-examine the industry - maybe it's about how the industry can be more responsible and sustainable in its practices, or maybe even the opposite, that people need some levity and relief/ or that the industry needs a sense of perspective?
Olly> I think, as always, the industry reacts to consumer sentiment. The industry no doubt needs to be more sustainable but being staffed by young, progressive millennials we are pretty progressive as an industry already.  Think the big change will be that unsustainable brands will find it harder to find an agency home? Unsustainability feels like the new gambling in Australia.