Uprising: Arendse Rohland on Learning to Use Her Introverted Sensibility as a Strength

AKQA copywriter Arendse Rohland on why the best ideas are hiding in plain sight, learning to be an extrovert and the importance of the dinner table, writes LBB’s Ben Conway 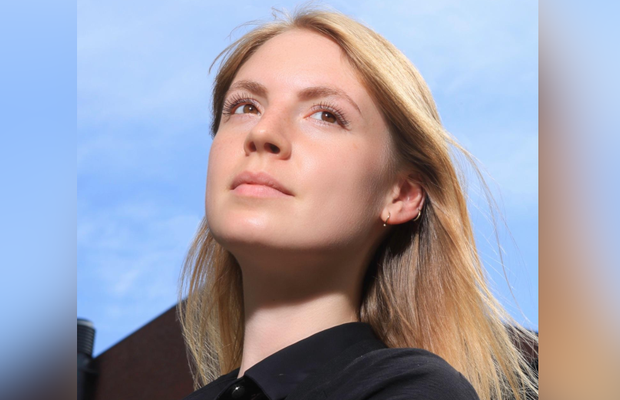 A ‘born and bred city girl’, Arendse Rohland grew up in the centre of Copenhagen with creative parents -  her father a visual artist and her mother a textile artist. “I couldn’t imagine living in a less polluted and more peaceful place,” she says. “People almost by default assumed that since my parents worked as creatives, so would I.”
Perturbed by this assumption and somewhat discouraged by the lack of financial security that life as an independent creative can bring, the academic world was Arendse’s first calling. Though she acknowledges that creativity would always be a vital component of her life, “I’m extremely happy to be brought up in a home with so much culture, creativity and encouragement to be the architect of your own fortune.” She continues, “My background taught me to be humble but also ambitious on my own behalf and to be a go-getter." 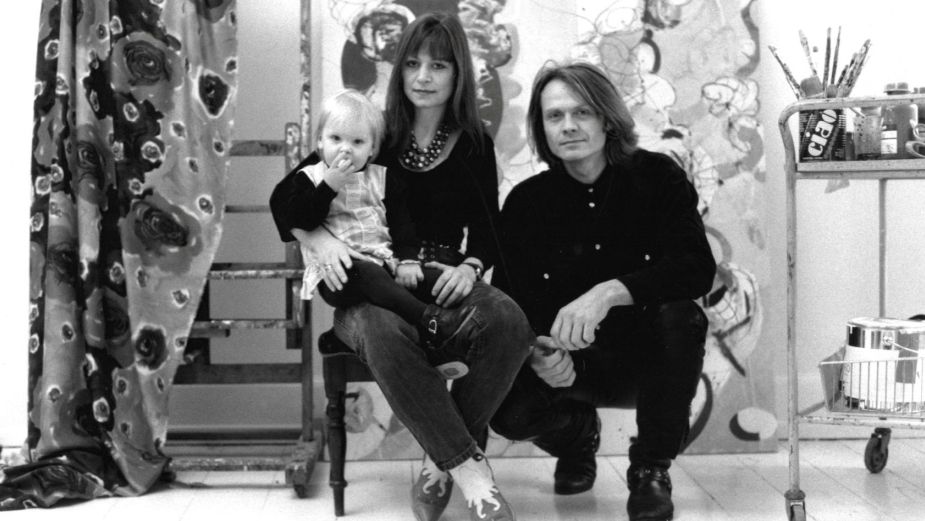 A young Arendse with her parents.
A detail that often surprises people is Arendse’s childhood love for horse riding, which eventually reduced to disinterest in her teenage years, as she became fully consumed by city life. Besides her equestrian enthusiasm, she also channelled the inherited creativity into arts and crafts. “I used to do origami, make my own jewellery and knit. When I was around 15 years old, I knitted hats and made belts out of bottle caps (yes, that was a thing) and sold them to two different popular fashion stores in the city centre.”
At school, her creative writing talents shone through in written free-form assignments that allowed the young Arendse to feel comfortable ‘being loud and expressing herself creatively’.
Looking back now, Arendse can appreciate the ‘unlimited space’ for creative freedom that her home life allowed - being encouraged by her parents and surrounded by their work. “Playing around in the atelier and textile workshop, attending countless exhibition openings - I recall it all as good times.” 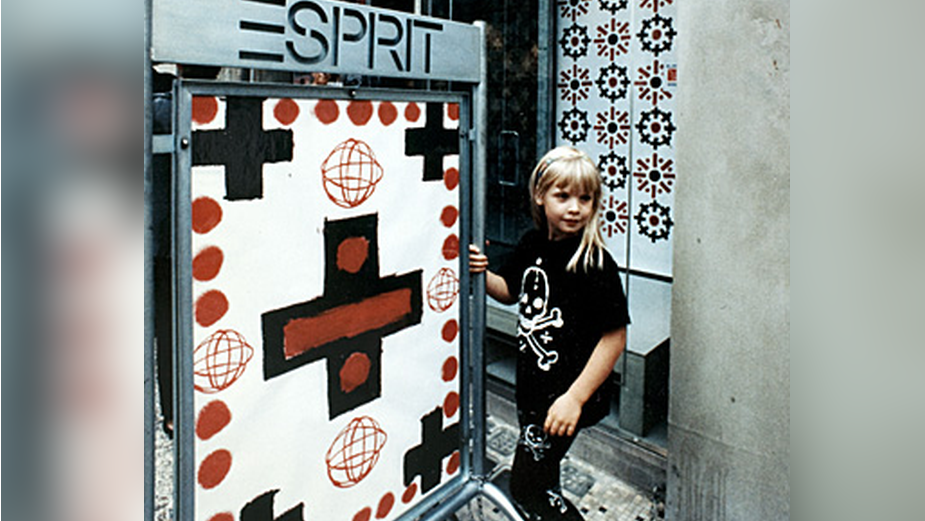 Attending one of her mother's exhibitions as a child.
During her foray into academia, Arendse graduated with a BA degree in performance design and communication studies and was working on a master’s degree in strategic communication when, with just her thesis left to write, she quit. “I followed my gut feeling… I realised I was not happy within academia. I felt trapped in a system where there was not much room for creative thinking.”
Following advice from a family friend, and after bussing tables for a year to afford it, she joined the Miami Ad School’s European campus on the Copywriting Portfolio Program. “I sometimes wish I had known about the opportunities abroad a little earlier, such as Miami Ad School, but then I remind myself that nothing is wasted,” says Arendse. “My background in communications studies matured me and gave me a solid understanding of the theories within communication and working with problems and insights as starting points for projects.”
Starting work as early as legally possible - and alongside her studies - the copywriter has enjoyed working in a variety of jobs since the age of 13, getting an insight into different industries. Advertising and creative communications were always occupational interests though, influenced by her gap-year job as a receptionist for DDB Copenhagen and the creativity and pop culture that was pervasive throughout her youth. “It was always present, either visually on the walls or through film, literature, music and conversations in my childhood home.”
Taking inspiration from Paul Arden’s book ‘It's Not How Good You Are, It's How Good You Want To Be’ - a gift from her parents before she started in the industry - Arendse has developed a mantra and ambition that celebrates individuality. “No one is perfect and can produce perfect work all of the time. There’s a reason working in teams is such a big and valuable part of the industry. I realised that I don’t have to try to be like other people - I’m hired because I’m specifically me,” she says. “Even though you of course need to be able to craft, the eagerness to always learn and improve your skills is vital as well.”
Like many creatives, the Danish copywriter describes herself as an introvert and still experiences extreme shyness to this day. “Today I’m trying to use it as my strength – the ability to observe, listen and think – and be an extrovert through my work.”
Starting at AKQA Copenhagen, rather fittingly, on April Fools Day 2020, the following ‘lockdown madness’ and changes in her personal life made for a strange introduction to her new role. That year, one of Arendse’s student projects had also been nominated for SXSW’s innovations awards, meaning that she was supposed to present at the festival that year - another casualty of the pandemic’s disruptions. “Besides that getting cancelled, I almost feel bad saying that lockdown didn’t suck that much for me – because I know it did (and still does) for so many people,” she says. “We still often work together across studios around the world, so working via video calls feels quite natural to me now.”
When asked about works that have made an impact in the young creative’s career, she mentions the AKQA Christmas Card, The Bondfire, which she created just six months into her job at AKQA. But maybe even more so - while ‘sweating over bowls of pho’ during an internship with Ogilvy in Vietnam - Arendse and a Miami Ad School peer sketched out a project called ‘Epilepsy Watch Out, which in turn won them a Future Lions award. The project ‘opened some doors’ for the then soon-to-be-graduate but, above all, she cherishes work that has an actual impact over awards.
“Every project is challenging and interesting in its own way. One project that I really think made a mark was working on the brand refresh and campaign for Discord. Working intensely on such a comprehensive project like this taught me so much and I feel I’ve grown both professionally and personally.” 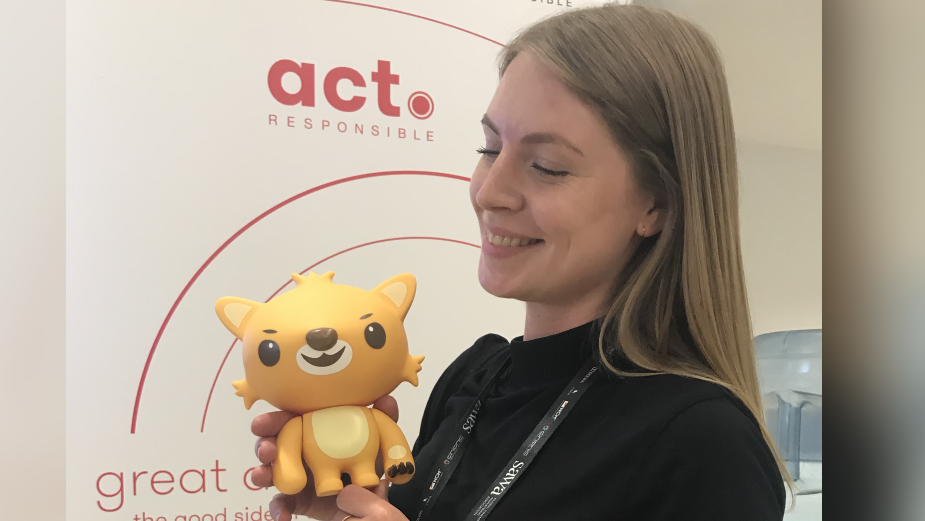 With her Future Lions award.
Describing it as the ‘biggest and most comprehensive project’ in her portfolio to date, the global AKQA campaign for Discord was a unique test for Arendse. “I think the biggest challenge was to form a narrative that could resonate with the platform’s community of 150 million people,” she says. “We read through thousands of testimonials contributed by the Discord community about what the platform means to them… it allowed us to reach out to fans and collaborate with them and make their stories drive every creation we made.”
Today, Arendse still combats her shyness when suggesting ‘weird ideas’, but feels that copywriting and creative work in this industry is a calling - it’s ‘what she’s good at’. The role has allowed her to have meaningful experiences, working on international projects, with a global reach and colleagues, that require her to think outside the box and to improve herself.
According to Arendse, some of the best ideas are hiding in plain sight - and are often the ideas that ‘contribute as solutions to actual problems’. To find inspiration for these ideas, she emphasises the importance of being aware of areas of expertise outside of your own. “Having a general interest in other people who have different interests to me is a great source of information. For example, I wouldn’t be as updated on gaming if it wasn't for colleagues.”
Of course, with working in creative teams, comes challenges and frustrations that Arendse has adapted to and learnt from. Whilst she has realised the benefits of collaboration through her work and studies, it can still pose a challenge to the generally independent-minded and private creative - especially when team members form unhealthy dynamics. “When people who work or study together regard each other as competition, in a bad way. When studying, I thought about how my co-students would be working side by side with me in the industry, so I should regard them as future colleagues, not rivals.”
Although she says she doesn’t ‘have everything together’, in an unfairly self-deprecating sense - only meaning that she ‘doesn’t do yoga’ or really enjoy exercising - Arendse prefers spending her free time with family and friends, travelling and cooking. Food plays a big part in her life - whether it be cooking to unwind or having dinner at her parents’ house. “The dinner table has always played an important role - this was where we gathered every evening and we made an effort to sit down together and have conversations.” 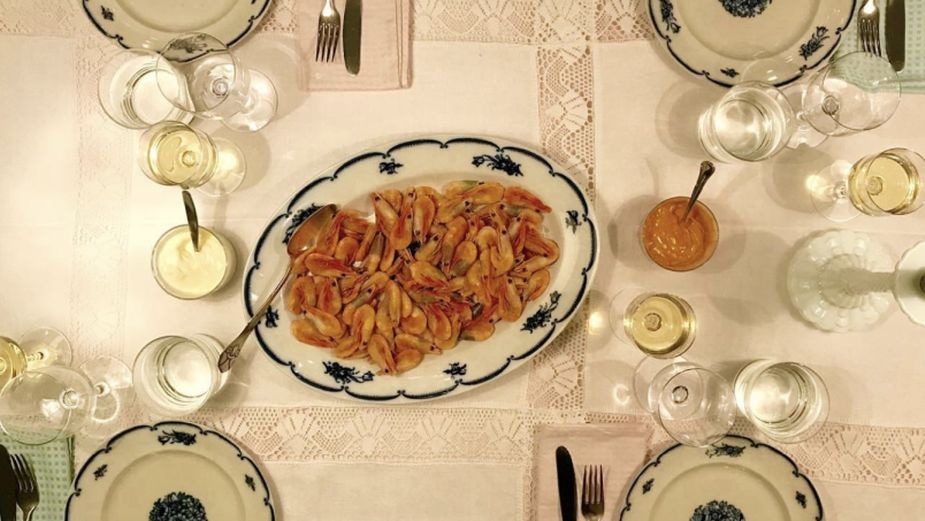 A Rohland family Christmas dinner table.
Arendse also takes Japanese classes with a colleague, a passion that was sparked by an internship with AKQA Tokyo. Although she doubts she’ll ever fully master the language, it’s the journey of improvement and the possibility of returning to Japan that drives her passion. “We’re progressing slowly but steadily and it’s a great way to get some brain exercise that forces you to think about language in a way you’re not used to.”
As a self-confessed ‘city-girl’, there is some irony in the fact that Arendse speaks, at the time of writing, from a remote ‘Albanian mountain village’ shortly after ‘climbing her first mountain top’. Perhaps it is a sign of change or longing for some post-pandemic freedom - but it serves as yet another indicator of the youthful copywriter’s driven personality and her ability to thrive outside of her comfort zone. 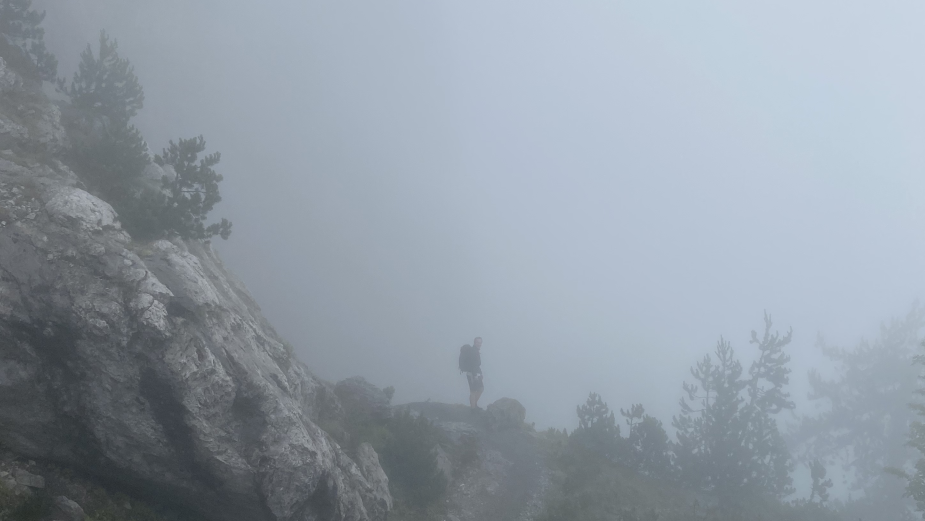 More from AKQA US

Purpose, Pineapples and Politics: Understanding the Purpose of Brand Purpose