The Birth UK writer, actor and director talks to LBB’s Nisna Mahtani about the balance that can make comedy a fickle endeavour, his love of stand-up and all things sugary or cheesy 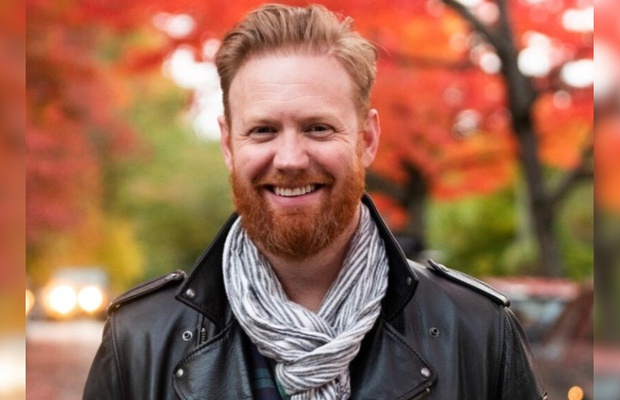 With two Silver Screen Young Director Awards under his belt, Devon Ferguson combines his Best Use Of Humour and Super Short titles with a love of magic, comedy and an ambition to win all the ‘fancy awards’.
Being born and growing up in Toronto, Canada and later moving to Ottawa, Devon was full of energy as a child. “When I was a kid I had red hair, a rat tail and a lot of energy. My mom likes to remind me that she had to keep me on a ‘leash’ when I was a toddler. She said I would always take off everywhere we went.” With bundles of energy, he wasn’t shy of having a laugh, enjoying himself and even rocking a mullet at one point.
Devon’s enthusiasm, while certainly making him a handful for his mother, was something that he believes may have propelled him down the career path of becoming a director. “Maybe this desperate sense of adventure and exploration at a young age was preparing me for a directing career or maybe I was terrified of my mom. It’s hard to remember that far back, (love you, Mom).”
With a passion for all things creative, Devon embarked on furthering his education within the creative industries. He graduated from Humber College for Acting for Film/Television Program in Toronto and has trained at Second City, UCB School of Improv and The Groundlings Theater in Los Angeles. Once he completed his education, Devon was eager to stay in Canada to pursue an acting career, but things changed when he had a moment to reflect on the opportunities available. “After realising I wasn’t going to get cast in ‘It’s Always Sunny in Philadelphia’ living in Vancouver, I saved all my moula working at fancy restaurants and purchased camera gear to focus more on writing and directing.”
It was Devon’s auditioning process that pushed him towards choosing the route of writing and directing rather than becoming an actor. “I went to Humber College for their acting program for two years, then started auditioning for commercials and tv shows throughout my twenties. It’s tough. I wouldn't recommend that career path to anyone but with the frustration of not getting the roles, I gained the drive to learn how to create my own work, which eventually led me to writing and directing.”
Devon’s drive to succeed propelled him into the industry, where he found his feet by entering competitions. “I first got into commercial directing by entering contests. I made a spot for Doritos that I wrote, directed and starred in called ‘Selfish Sneezers’. It ended up being a finalist for ‘Crash The Super Bowl’ and landed me a one-in-10 shot at winning one million dollars as well as a chance for my commercial to air during the big game. Pepsi flew my wife (then girlfriend) and I to Arizona for a week and wined and dined us all, finishing it off with Super Bowl box seats. It was incredible!”
The desire to hone his crafting process means that Devon hasn’t stopped entering competitions, “I probably entered 30 or 40 commercial contests around the globe in the last five years. I learned a ton just doing those.” He also explains the piece of work which he felt changed his career in the best possible way. He made a Monster.com spot ‘Stare’ that won multiple Silver Screens at the Cannes Young Directors Awards for ‘Best Use of Humour’ as well as being nominated at the Berlin Commercial Awards and getting him shortlisted as 'Best New Director' at the Kinsale Shark Awards. “The YDA definitely helped get more eyeballs on my work,” he says.

Now more secure in his career, Devon reflects on the difference between his early career days and where he is now. “Now things have to be more calculated because of budgets and higher stakes involved but in the early days, I was shooting things that I thought would just be fun. I learned a lot that way. I think you can scare yourself out of taking risks if you're just obsessed with perfection. Comedy is fickle that way also, the more you push something to be funny the less funny it becomes.” But Devon always ensures he includes humorous aspects in his work, which make them worthwhile. “Making ‘funny’ anything is rewarding in spades. It’s challenging, fun to make (because you work with people that love to laugh) and hopefully fun to watch when it's all said and done.”
Comedy is a notoriously difficult genre to get just right, but Devon shares the aspects that help him set the tone in the right way. “The biggest challenge in comedy is casting. Actors are so key for creating the world/tone and lifting it off the page. No matter how funny something is written, the interpretation from the performer can really make it special.” Alongside the casing process, the authenticity portrayed is also incredibly significant to Devon. “I want to continue exploring real authentic characters that have a great sense of humour in commercial spots. Just everyday people that you can laugh with.”
Laughter on set is important to Devon, as he remembers a side project he embarked on with a friend. “A few years back a friend and I made a comedy web series for fun called Bachelor Daddies inspired by ‘Peep Show’ and ‘It's Always Sunny In Philadelphia’. We made it for zero dollars and it was probably the most fun I've ever had on set.”

But wait - Devon isn’t just in filmmaking as a passion project, “I’m also super ambitious and want all the fancy awards,” he says. As part of his evolution and growth as a director, he admires the likes of David Shanes and Brian Billow, who are inspirations to him. “I feel like there's a truth in their work that puts comedy almost second to authenticity. That style works really well and is super relatable. Also, James Rouse, Martin Granger, and Tom Kuntz’s work are inspiring!”
Devon also reflects on TV shows that have him hooked, “Words can't express how much I love the show ‘Succession’. Adam Mckay is one of my favourite directors and Jesse Armstrong is a brilliant writer. I've also started watching ‘Yellowjackets’ on showtime which is also terrific.”
As we all know, a work-life balance plays a part in everything you do and this is no different for Devon. “I love hip hop, I love watching stand-up and I love anything with sugar or cheese in it.” But that’s not all, he also embarks on more physical activities, “I try to do Muay Thai at least three times a week. It’s a fun sneaky way of getting in some good cardio and I feel amazing afterwards.”
What counts most of all is the reason behind Devon’s drive and ambition within the industry. “Every project I’m a part of I learn something new about myself. It's addictive and I want more.”