The Ogilvy senior strategist on the joys strategic collaboration, balancing creativity and familiarity and the need for more pathways into the industry, writes LBB's Josh Neufeldt 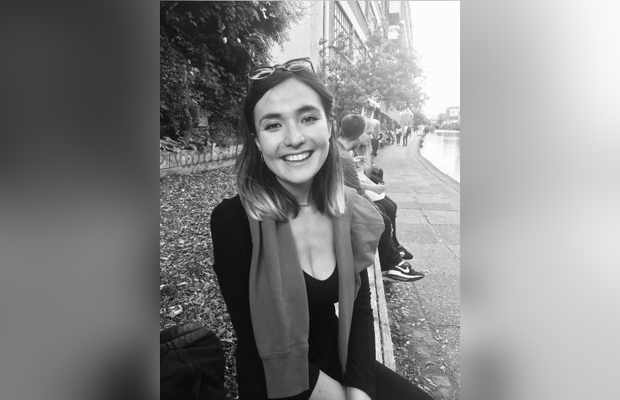 The intangible nature of POVs, pillars and frameworks might make them seem like daunting tasks for the budding strategist, but for Yolanda Davis, it’s now just another part of the day job she loves. But she didn’t figure it out overnight. Rather, it’s the lessons well-learned that have enabled her to become a successful senior strategist at Ogilvy.
Above all else for her is the value of confidence. According to Yolanda, the ability to “trust your intuition” is the number one challenge she would issue to anyone looking to get started in the business.
“You’re constantly second-guessing everything you create,” she says. “Yet more often than not the way you would answer the question to a friend is exactly what people are looking for.”
But from Yolanda’s personal experience, time and patience are also big helpers in this regard. That, and a genuine passion for the work.
“Enjoying whatever I do as much as possible is more than enough motivation,” she adds. “I wear my heart on my sleeve and I get invested into everything quite quickly and visibly.”
This is something that she’s found to be true since she was a kid, growing up in London. Whether it was playing the piano, taking a stint as the lead in a David Hare school production or pursuing a curiosity in forensic science, it was all done with marked enthusiasm.
So how did a career in advertising strategy come about? Unlike those who immediately go straight into advertising-related pursuits out of high school, for Yolanda it was a byproduct of studying history - something which she loved - at university.
“There’s something quite freeing about doing something just for the joy of it,” she says. “I wasn’t born to be an academic, but I was keen to let the things I had loved about my degree guide the type of career I wanted. I definitely think the analytical and theory-based side of history is what pushed me into a strategic job.”
That being said, she adds that she had no idea that being a strategist was a job. It took time, wherein Yolanda waitressed at London steakhouse Flat Iron while trying to find her career calling. It wasn’t until she heard from a friend who’d moved to M&C Saatchi in Kuala Lumpur to become a copywriter that she learned about the existence of strategy-based positions.
“It sounded perfect,” Yolanda said. “It wasn’t long before I joined her out there, interning in the strategy department.”
Upon her return to the UK, she ended up taking a stint on the media side of things, working as a digital strategist first at Wavemaker before moving to Dentsu. Despite being what she calls “a segue away from my original ambition,” Yolanda earned the chance to apply for Ogilvy’s strategy graduate scheme and has been working for the company since.
She still remembers her first project for the team at Ogilvy, where she worked with Dove. Working on a campaign for a new penetration moment for deodorants, Yolanda describes the experience as not the most glamorous affair, but also both exciting and uniquely challenging.
“How do you create something that feels fresh whilst ensuring it’s recognisable?” she recalls. “The solution was based on the insight that mothers tend to buy the first deodorant for their daughters that they then go on to use for the rest of their life. It was an incredibly smart way to plan that still let us tackle an emotionally rich topic.”
But according to Yolanda, she doesn’t really feel she came into her own as a strategic lead until during the lockdown, when she was tasked with advertising an annual event for UK Black Pride. “Timings were tight, budget negligible and the team was small,” she says.
In the end, their final project was based around bringing to life the unique relationship that a queer person of colour had with UK Black Pride.

“It was all about bringing to life the unique ‘home away from home’ relationship,” she adds. “It felt incredibly poignant in the context of the government ‘stay at home’ orders. After a whirlwind month, the project had proved the power of my role and the strength of my lateral thinking, which is a great gift to receive as a strategist.”
Although she has experienced this recent success as a strategic lead, Yolanda says that the best part of the job is actually collaborative. “My favourite part of the job is brainstorming briefs and propositions with other strategists,” she says. “I find discussing and distilling potential ‘ways in’ with others is so beneficial to the brief and ultimately the work.”
In conjunction with that sense of teamwork, she also believes in the importance of engaging with the world around her. She adds that strategy is inspired by culture and that her aim is to create work that people speak about on their days off.
“It’s a great part of the job,” Yolanda says. “There are very few professions that actually pay you to be engaged with the cultural zeitgeist.”
Nevertheless, the job of a strategist is not without its challenges. Yolanda finds that her enthusiasm can often be a two-edged sword. Although it propels her best work, it also makes it hard to let go of ideas and exceptionally disappointing when things go wrong, especially given the critical nature of the work she does.
“I know that despite my best intentions, just because something is interesting doesn’t make it relevant and that the best ideas may take a little more time to reach,” she says. “Letting an idea go can sting a little but often acts as the catalyst I need to come up with something even better.”
Another significant challenge she faces is not so much an element of the working process, but of the industry itself. According to Yolanda, the creative industry is often a “closed shop, guilty of recruiting through very set pathways.” To this end, she acknowledges her own start in the industry as a reason for why she loves entry-level schemes, as well as the decreasing number of these programmes - with less available than when she started four years ago - as a source of disappointment and a missed opportunity for young people to change their lives.
She also wishes that people in the industry would stop treating agencies like “glorified production houses with no understanding of creative technique or the rigour and importance of effectiveness.” While she understands that it can be hard to relinquish creative control, she wishes that people were more willing to trust the expertise of a specialist company.
That being said, Yolanda’s appreciation for good work balances out her frustration. In fact, good advertising is what she loves most about the industry.
“To me, adverts are, in their own right, unique cultural artifacts, a snapshot in time and place that if interesting enough will be remembered for years to come,” she says. “When I see the industry still striving to make work like that, it makes me really excited.”
For Yolanda, this sentiment outweighs cross-company rivalries. She adds that she saw the adidas ‘There will be Haters’ campaign by Iris in 2015 and while jealous, found that the work left a mark with its standout quality. “We can all recognise good work when we see it,” she says. “That should always be our end goal.”
She also believes that good work can come from anywhere. Aside from it being the reason why she doesn’t have an industry idol - she says it would be a new person every week - it’s a sentiment which resonates with her for personal reasons. As someone who is both Chinese and English, Yolanda finds it both ironic that she works in an industry which loves to compartmentalise and put people in boxes, but also sees herself as proof that “it’s always worth digging below the surface if you want to be truly insightful.”

Ogilvy UK Reimagines the Office of the Future with 'The Yolk'