The copywriter at Cheil New Zealand shares his journey from an accidental stumble upon advertising, to creating meaningful and solid work 'with a generous dollop of productivity', writes LBB’s Zoe Antonov 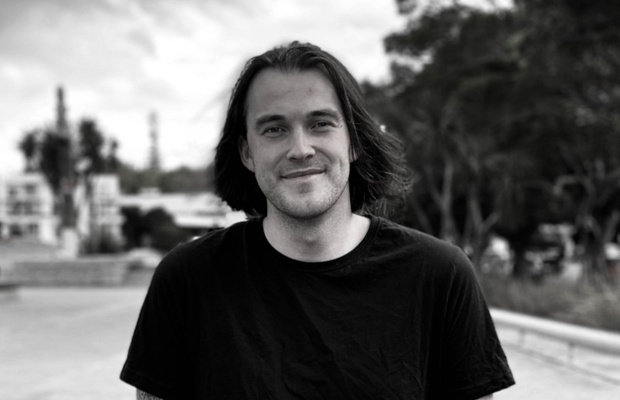 Growing up with an adventurous spirit, Guy Trengrove admits that during his early childhood there were ‘no inklings for ads,’ however, speaking for himself with a healthy dose of self-irony he admits that he did develop his pitching skills by convincing other kids to jump off roofs with him and throw soccer balls through windows.

A mischievous childhood intertwined with his curiosity and interests for computer games and ‘making stuff,’ Guy believes that not much has changed since. He admits for himself that he is quite competitive, which gives him a push to pursue mastery in everything he does.

He graduated with a BA in English Literature later in life and although enjoyable, he found it to be, for the most part, ‘a circle-jerk of literary canon.’ So, luckily, he quickly stumbled into the advertising world straight after. This step was crucial and almost seems like fate, as he claims to have learned about advertising ‘accidentally.’

Said accident unraveled at a careers seminar at his university, where he went to listen to a game developer speaking, but according to Guy, ‘he was terrible and [he] almost left.’ Then, by chance or fate ‘this glowing being of pure goodness and charisma got up and gave a spiel on advertising.’ Guy ended up chatting to her, and she ended up putting him onto ad school a few months later – the rest, as they say, is history.

Looking back at his time in Advertising school (or Media Design school), Guy reminisces on his incredibly talented lecturers, who taught him the ins and outs of ideas and disruption. One particular lecturer ‘had a knack for bringing people out of their shells, to bring their own unique brand of ideas to the table,’ which he thoroughly enjoyed. Since graduating he has worked with some amazing creative directors, ‘who all passed on their unique wisdom, a lot of which still lives in sticky notes on [his] desktop.’

In the early days of his career, Guy admits having learned plenty of lessons, the best coming from a pair of creative directors at his first ever gig. ‘From now on, pitch ideas to us, as if you were pitching to a client,’ was the ultimate advice they gave him. From then on, he shed the nervousness he was approaching reviews with before and ditched the floppy ideas – everything from then on was considered, the full idea circle from start to finish. “Nowadays, I’m more confident in my work, and so long as I’ve done my job right, the ideas should ooze that same confidence.”

From shaky and sort of shapeless ideas, Guy quickly gained momentum to reach the project that he says changed his career – pitching for TAB, which he later won and made work for. That was a learning process in itself, as he and his partner embarked on a journey to write ‘these wild, abstract scripts,’ before taking a peek at his creative director’s scripts. “A super simple, wholesome story, just two characters, and it never left the lounge. It was perfect.”

Guy describes the story as real and ‘down to earth,’ without relying on special effects. He and his partner quickly recovered and got a good TVC through, which taught him ‘when and when not to go big.’

When it comes to the best part of the creative process, it happens to coincide with the most challenging part for Guy as well. Precisely, the middle part. “Connecting thoughts, scribbles and insights into full blown ideas. It’s hard because a lot of the time, there’s no obvious solution. Which is also why I love it.”

That no-man’s land of thoughts and ideas, Guy believes, opens the horizon for originality and exploration, as well as gives momentum to the energy of new ideas. Ultimately, this process should lead to getting the best results for the client. Even though Guy admits he sometimes wants to make ‘hyper-crafted awardsy work,’ he knows that as a junior creative he needs to deliver solid, timely work with a generous dollop of productivity chucked in at every given chance.

Looking broadly at the industry, Guy admits that there is a long way to go to the end goal, but he does enjoy the diversifying scene amongst emerging creatives. Jokingly he admits, “I’m aware of the irony of being a cis white guy, literally called Guy, talking about diversity.” He gives special credit to One School, which is an advertising school for Black creatives, and hopes to see more similar projects.

“I just really love life and get a lot of energy from it. I (…) firmly believe in living life as much as I can now,” says Guy. “There’s too much cool stuff in the world, and too many cool people to pass on a single moment of it.” This love for life and his appreciation for creativity, exploration and adventure all come together to motivate him to continue putting out his own creative work and to never lose confidence.

The Work That Made Me: Vladyslava Denys